NEW DELHI: Myanmar confirmed its first two cases of coronavirus late on Monday (Mar 23) after weeks of maintaining the claim the country was free from the virus.

The news sparked panic buying in the commercial capital of Yangon with shoppers packing major supermarkets.

While it may have come as a shock to many Myanmar residents, it was not a surprise to many observers. In fact, most global health experts have found Myanmars lack of infections extraordinary and pointed to the low numbers of testing – of about 300 as of Monday evening in a 51 million population.

Given limited supplies, helped but not resolved by assistance of more test kits from China and Singapore, each test until recently had to be approved by a central committee based in the countrys capital, Naypyidaw.

READ: Commentary: Developing affordable, accurate test kits for COVID-19 one of the biggest challenge this outbreak

Myanmar must expect more infections, even deaths, in the coming days, given its vulnerability to the importation of cases and the appalling lack of healthcare capacity to deal with an outbreak.

Denial underpinning a reluctance to carry out aggressive measures to stem an outbreak may be Myanmars ultimate undoing.

Chief spokesman for the Myanmar government U Zaw Htay said just last week that the absence of positive tests was proof that the virus has not reached Myanmar because of “the lifestyle and diet of Myanmar citizens”.

And just days before the World Health Organization (WHO) declared COVID-19 a pandemic, State Counsellor Aung San Suu Kyi had been hosting large crowds of supporters and visiting states across the country, with an eye on the November election.

Myanmar has held the line that it had no cases of the virus, despite sharing over 2,200km-long porous border with China, where the virus had originated, a 2,100km-long border with Thailand, an early hotbed for the outbreak.

People flows between these countries have been on the uptick in recent years. Chinese tourists to Myanmar increased significantly last year compared to the previous year.

Myanmar welcomed a total of almost 750,000 Chinese visitors, the largest source country of tourism, in 2019, which was a 152 per cent increase from 2018, according to Myanmars Ministry of Labour, Immigration and Population.

The easing of visa restrictions has also considerably prompted the increase of visitor arrivals last year to 4.37 million, up over 800,000 compared to the previous year. Arrival of visitors from Japan and South Korea rose by 50 per cent in 2019.

READ: Commentary: South Korea has been exemplary. Even then, it hasnt slayed COVID-19

Myanmar also has about 27 land checkpoints between Bangladesh, India, China, Laos and Thailand although not all are open to foreign visitors. But approximately 200,000 foreign visitors used Myanmars land borders each month last year.

TRAVEL RESTRICTIONS MAY BE TOO LITTLE TOO LATE

Only days after the WHO declared the coronavirus a pandemic, did the Myanmar government take concrete measures to isolate foreign travellers.

On Mar 15, the Myanmar government ordered a mandatory 14 days of quarantine and surveillance for arrivals from some infected countries, including China, Korea, Italy, Iran and France.

It was also only on Mar 24 when the Myanmar government moved to mandate all Myanmar nationals entering the country to be quarantined for 14 days in a state facility, with foreigners required to show a clean bill of health from a registered clinic before boarding their flight to Myanmar.

These steps are important and necessary, but may be too late to prevent the spread of virus in the country, bearing in mind also that infected cases may not show symptoms in their initial days.

Moreover, thousands of migrant workers have returned to villages across the country from Thailand over this week.

Myanmars poor healthcare infrastructure will make it very challenging for the country to deal decisively with the outbreak.

The countrys healthcare system has been consistently ranked by the WHO as among the worlds worst after decades of neglect under military rule.

LISTEN: What's behind the different approaches countries are taking towards COVID-19?

While a few metropolitan cities such as Yangon, Naypyidaw and Mandalay have better hospitals and primary care structures, the vast majority of the country does not have access to even basic healthcare.

For a country that spends 2 per cent of GDP on healthcare and has struggled with managing basic problems related to communicable diseases like tuberculosis, many healthcare services are run by volunteers and aid groups.

Health service coverage has been poor, with 13 out of 15 states having less than the WHO recommended minimum of one doctor for every 1,000 residents. 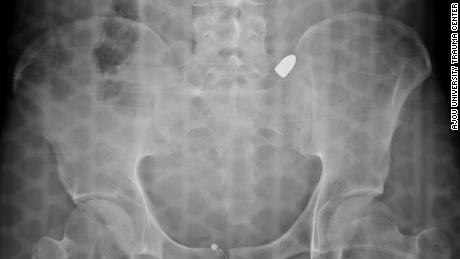 North Korean defector: ‘If you don’t have money or power, you die in a ditch’