MUMBAI: The entire cost of tickets of migrant labourers travelling out of Maharashtra on Shramik Special trains is borne by the state government, Home Minister Anil Deshmukh said on Sunday and dismissed as "factually incorrect" Union Finance Minister Nirmala Sitharaman's "claim" that the Centre is footing 85 per cent of the ticket fare.
"I am shocked to find out the claim of Finance Minister Nirmala Sitharaman that the Centre was bearing 85 per cent of the ticket expenses of migrant labourers. It is not factual. The Indian Railway administration has not borne the 85 per cent cost in any way. Her claim is not true," Deshmukh said in an official statement.
He said the Maharashtra government was bearing the entire ticket fare of migrant workers.
"The entire cost of the ticket for every migrant labourer being sent back to their home states is borne by the Maharashtra government. The labourers who went home earlier had to pay for their tickets," Deshmukh said.
He said the migrant labourers lacked mRead More – Source

Lockdown 4.0: What remains prohibited across the country 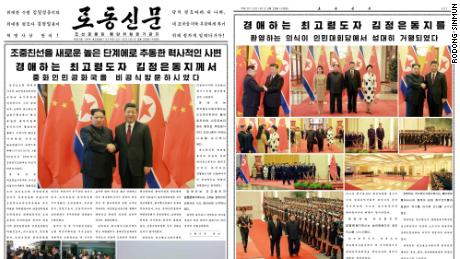 Government urges industries to adopt small rivers and rejuvenate them