Director Terry Zwigoff says he too encountered resistance from Harvey Weinstein over casting actress Mira Sorvino. “I was interested in casting Mira Sorvino in BAD SANTA,” Zwigoff tweeted last night, “but every time I mentioned her over the phone to the Weinsteins, I’d hear a CLICK.”

Zwigoff’s tweet follows a similar claim by Lord of the Rings director Peter Jackson, who said that the Weinsteins effectively nixed casting Sorvino and Ashley Judd in the franchise for being “a nightmare” to work with. In October, both actresses were among the first wave of women to publicly accuse Harvey Weinstein of past sexual harassment.

Jackson’s account of the LOTR casting brought these responses from Sorvino and Judd:

Just seeing this after I awoke, I burst out crying. There it is, confirmation that Harvey Weinstein derailed my career, something I suspected but was unsure. Thank you Peter Jackson for being honest. I’m just heartsick https://t.co/ljK9NqICbm

Peter & Fran had me in – showed me all the creative, the boards, costumes, everything. They asked which if the two roles I preferred, and then I abruptly never heard from hem again. I appreciate the truth coming out. Thank you, Peter. https://t.co/iXKuK6Xqtx

Others, including Zwigoff, then weighed in. Here is a selection of those tweets. Deadline will update as new ones arrive.

I was interested in casting Mira Sorvino in BAD SANTA, but every time I mentioned her over the phone to the Weinsteins, I'd hear a CLICK. What type of person just hangs up on you like that?! I guess we all know what type of person now. I'm really sorry Mira. https://t.co/9U0PsL2yS5

For anyone who doesn’t fully understand what a brave and difficult thing Mira did in speaking to me before it was clear how things would play out – this is what she, and many others, had been up against for years. https://t.co/67Tbrcy7F0

I have gotten uncomfortable hugs from colleagues. Lip kisses (ick). That's not rape. That's not the same horrible thing that @MiraSorvino and @salmahayek describe. My heart breaks for their experiences.

Firstly your filmography is solid and full of wonderful work ,secondly I’m deeply sorry , thirdly their dirty secret is out and now you KNOW you’re not crazy!!! You have years ahead and plenty of incredibly work to do ,you will fly ,claire x

I’m so sorry Mira. I can’t imagine what hearing this news must be like. I’ve always been a huge fan and you are a massive talent. You are handling this news with grace.

Bill Moyers Signs Off From His Web Site, His Final Media Outlet 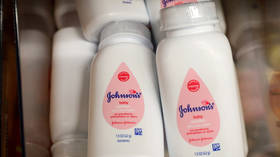