The European Commission, the EU's principal administrative body, warned of a "clear risk of a serious breach in the rule of law" posed by legal reforms introduced by Poland's rightwing government. It recommended that EU leaders invoke Article 7, a process that could eventually lead to Poland's voting rights being suspended.The dispute involves a series of measures introduced in recent years by Poland's ruling Law and Justice party. They EU believes they have paved the way for political interference in the legal system and put the independence of the Polish judiciary at risk. Frans Timmermans, vice president of the European Commission, said that 13 laws adopted by Poland in the past two years had created an environment in which the Polish government "can systematically politically interfere with the composition, powers, the administration and the functioning" of the judiciary.The commission also said it had referred Poland to the European Court of Justice over "breaches of EU law."Poland has been given three months to address the EU's concerns.In a statement published Wednesday, the Commission urged Poland to change laws that lowered of the retirement age for judges and gave the President the power to prolong a mandate of Supreme Court justices. It also wants the Polish government to remove an extraordinary appeal procedure, which includes the ability to reopen final judgments taken years earlier, and to restore the independence and legitimacy of the Constitutional Tribunal.Poland's Prime Minister Mateusz Morawieck hit back by saying that reform of the judiciary was a matter for his state, not the EU."Poland is as devoted to the rule of law as the rest of the EU. Current judiciary reform is deeply needed," he tweeted.He added: "The dialogue between the commission and Warsaw needs to be both open and honest. I believe that Poland's sovereignty and the idea of United Europe can be reconciled."The EU and Poland have been clashing for the past two years over changes to the country's judicial system that have broadened the government's power over the Supreme Court and national council of the judiciary, which appoints judges.The new laws, introduced by the Law and Justice Party, have been widely criticized by the commission, which has the taken unprecedented action by invoking Article 7 of the Lisbon Treaty, which says that the European Parliament may make recommendations to a country where there is a "clear risk of a serious breach" to the values of the European Union. The most serious punishment that could be inflicted would be the removal of Poland's voting rights in EU institutions, but that would require a unanimous vote to be passed and Hungary has already said it would reject the proposal.

EU rules Uber is transport service – not just an app 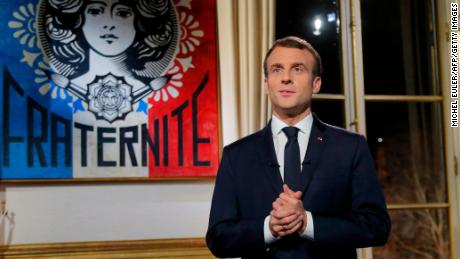 Malian jihadist on trial at ICC over Timbuktu destruction, crimes against humanity