File photo captures entire state of Nauru, one of nine countries that voted in favour of Trump's Jerusalem move (AFP)

Three of the nine countries that voted against the UN General Assembly’s motion to reject the US decision to recognise Jerusalem as the capital of Israel had been American colonies and are still partly governed by mutual agreements with Washington.

The UN resolution was backed by 128 states, while 35 countries abstained.

Guatemala, Honduras, Palau, the Marshall Islands, Micronesia, Nauru, Togo and the US and Israel voted in favour of President Donald Trump's move.

Four of those countries are small islands in the Pacific with a collective population the size of Mobile, Alabama – fewer than 200,000. Of the four islands, three have deep diplomatic ties with the US that stem from post-independence treaties.

Critics of the US president say the tally of the UN vote shows that his unilateral decision on Jerusalem violates the international consensus that the status of the holy city should be decided by negotiations.

Israel illegally occupied east Jerusalem in 1967 and subsequently annexed it in 1980. The city is home to holy sites for all Abrahamic faiths.

The Marshall Islands, a chain of islands in the Pacific Ocean that came under US control after World War II, has a population of 53,000 people, according to the World Bank.

The whole formula is one that shows tremendous political immaturity and overreach on the part of the Trump administration and really does harm our world standing.

The tiny state gained independence from the US in 1986, but it has a pact with Washington that grants the US powers over its foreign policy.

Palau is also a cluster of tiny islands in the Pacific that had been under US control. It gained independence in 1994, but it remains under an agreement that makes Washington responsible for its defence for 50 years. According to the CIA’s World Factbook, it has a population of 21,400.

Canada, a close US ally, abstained and stressed the importance of maintaining the status quo at Jerusalem's holy sites (Reuters)

Micronesia, whose name means small islands in ancient Greek, is inhabited by 104,000 people. The Pacific island is an independent country, but it was under US control until 1986 when the two countries signed a “free association agreement”.

The pact allows Micronesians to travel and live in the United States without a visa and to serve in the US military.

Nauru has not been under US control, but the 21 sq km Pacific island is home to fewer than 10,000 people.

Palestinian Ambassador to the UN Riyad Mansour called being outvoted 128 to nine a "massive setback" for the US.

The Jerusalem move has irked Arab and Muslim leaders across the world and sparked a wave of protests by Palestinians that was met by a violent and deadly crackdown from Israeli forces.

Key US allies, including Canada and Mexico, abstained from the vote.

Despite abstaining and calling the General Assembly's motion "one-sided", Canada's ambassador to the UN Marc-Andre Blanchard stressed the "need to maintain the status quo at Jerusalem's holy sites".

Washington’s partners in Europe, including the United Kingdom, Germany and France, voted yes for the resolution denouncing Trump’s decision.

Maya Berry, executive director of the Arab American Institute, a Washington-based think-tank, said the Trump administration is leaving the US isolated on the international stage.

Trump had threatened to cut off aid to countries that "vote against us," and his ambassador to the UN, Nikki Haley, said Washington would reassess its contributions to the United Nations to "spend our investment in other ways".

"The whole formula is one that shows tremendous political immaturity and overreach on the part of the Trump administration and really does harm our world standing," she said.

The post Four of nine countries that stood with Trump at UN are tiny Pacific islands appeared first on News Wire Now. 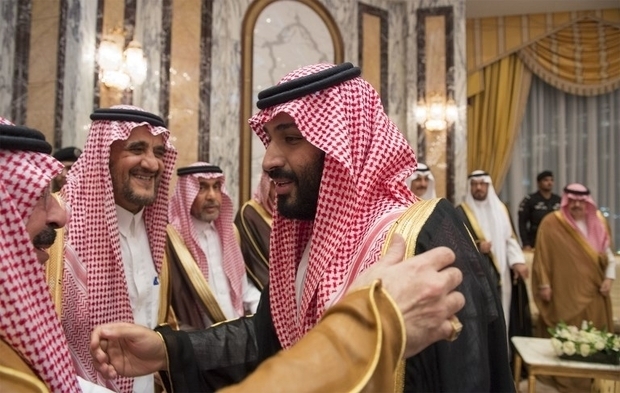