MADINAH: The Qur’an exhibition held in Madinah, in cooperation with Samaya Holding, aims to introduce the content of the Qur’an accurately according to a system of techniques which follows a museum exhibition style.

The exhibition involves the participation of the King Fahd Complex for the Printing of the Holy Qur’an, the General Presidency for the affairs of the Grand Mosque and the Prophet’s Mosque, King Abdul Aziz Foundation for Research and Archives, King Abdul Aziz General Library in Madinah, King Saud University, and King Abdul Aziz University.

The sub-goals include the call for learning and teaching Qur’an; highlighting the greatness of the Qur’an; understanding the history of Qur’an, displaying the special technologies of the Qur’an; and demonstrating the efforts of the Kingdom in caring for the Qur’an.

Hamzah Abdul-Karim, the supervisor of the exhibition, told Arab News that the Qur’an exhibition contains many manuscripts and modern technologies which suit the needs of society, including manuscripts written on gazelle’s skin and others written by Hafez Osman, who wrote 106 manuscripts of the Qur’an and passed away while writing the 107th.

Another unique manuscript was written by Ghulam Mohiuddin about 200 years ago, which was carried on four camels from Afghanistan to Madinah due to its heavy weight. The manuscript is one-and-a-half meters long and one meter wide, and weighs 154 kilograms. There is a translation in Persian at the bottom of each page.

Abdul-Karim added that the exhibition is held in 12 halls, and there are interpreters to many languages including English, French, Persian, Turkish, Urdu, Indonesian, Pashtu and Malawian. He also noted that a large number of pilgrims visit the exhibition during Umrah and Hajj seasons, with the number of visitors reaching 10.000 daily during Hajj season. Moreover, people from around 150 nations visited the exhibition.

Visitors to the Qur’an exhibition in Madinah have been amazed at the talents of the Egyptian Qur’an calligrapher Hani Al-Tawil who displays his skills to visitors. Tawil told Arab News that he masters the Naskh and Diwani styles of the Arabic alphabet, as well as six other types of calligraphy. 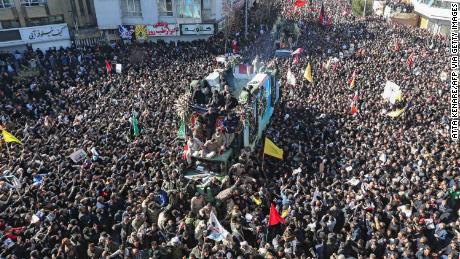 US driver targeted family because they looked Muslim, says police