Every generation of European stars, from Seve Ballesteros to Colin Montgomerie, Ian Poulter and Rory McIlroy, has pulled on the blue and gold colors and stood with pride as "Ode to Joy" — the official anthem of the EU — was played in their honor at opening and closing ceremonies. Follow @cnnsportBut doesn't it all now seem a bit dated — or even awkward — after Brexit? 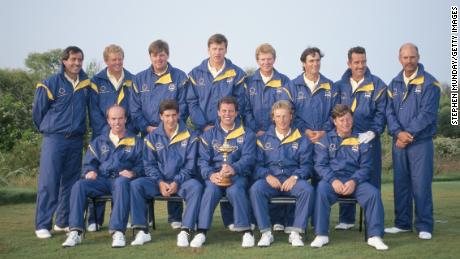 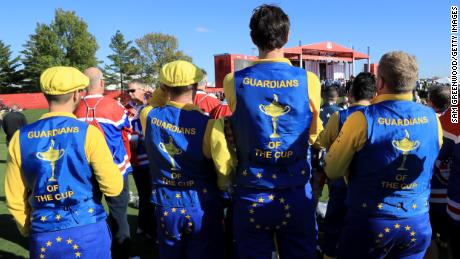 READ: 'The Shark' bites: Greg Norman's mind 'blown' by modern game's failingsThe British public voted to leave the EU in a historic 2016 referendum and Brussels officials predict that the extrication process will be complete by the end of 2020. Right from the off, golf's European Tour insisted that Brexit would have no impact on the Ryder Cup in terms of qualification, format or its team colors.Europe's 2018 captain Thomas Bjorn echoed that sentiment when he spoke to CNN Living Golf's Shane O'Donoghue. 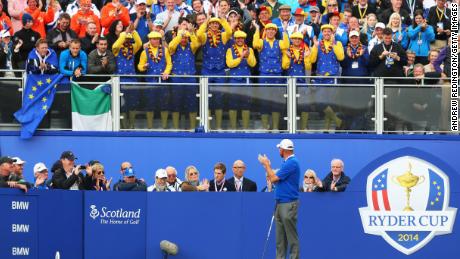 The 46-year-old Dane admits it's not his job to discuss the in-and-outs of European politics, but believes his team will line up in France next September in the same spirit as the teams that have gone before them."To be in that team room and in that environment represents, I think, everything that's great about Europe," says Bjorn, who won three Ryder Cups as a player and has been a vice-captain on four occasions."European players come together in that team and they are the greatest of friends across borders and they represent Europe as a continent in the best possible way. 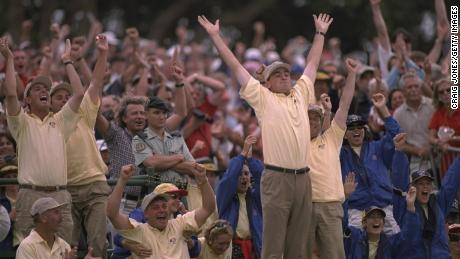 READ: Tiger Woods targets majors in 2018"It's something that's very unique to a Ryder Cup team. We play under the European flag but we play for Europe as a continent."The European flavor of the Ryder Cup has not always existed, however. Founded in 1927, the tournament was originally for British and American players only.But after a period of U.S. dominance — they won 16 of the first 19 editions — Irish players were invited to join the British from 1973 and, in 1979, it was opened up to continental Europe. 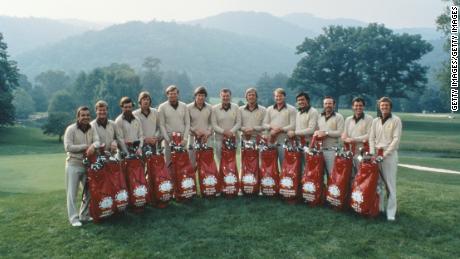 Nevertheless, British players more often than not still make up the bulk of the European team. Last time out at Hazeltine, Minnesota, in 2016, seven of the 12 players were British and they were also captained by a Brit, Darren Clarke.The European Tour is adamant that the UK's separation from the European Union will have no bearing on British players' eligibility as "the criteria for being a European in Ryder Cup terms is a geographical one, not a political or economic one."Tour officials also plan to continue using the EU flag, which they describe as a "broad symbol of Europe as a whole." 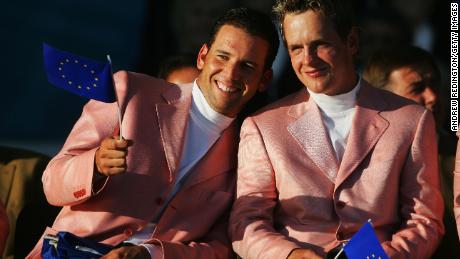 One of Europe's top British stars, Rory McIlroy, made his views clear on Brexit — and President Trump — when he tweeted in June 2016: "With Brexit and the way the U.S. Presidential race is going … can we take a mulligan on 2016??" A 'mulligan' is an informal second chance to play a golf shot after making a mistake. At the same time, Bjorn himself reacted negatively to the referendum result on his Twitter account, saying: "Boris as PM, Donald as President. That's a SPECIAL relationship!!! #not confident." Eighteen months later however, with his captain's hat on, Bjorn is taking a more diplomatic approach to Brexit."Whatever political things that are going on in the world and people making decisions that they think are right, that's not for us to really comment on and be part of," says Bjorn, who is only the fourth man from outside the British Isles to captain Europe after Ballesteros, Jose Maria Olazabal and Bernhard Langer. "This is, in my opinion, the greatest continent in the world and it's a place that I call home and me and those 12 players will be so proud of representing every single person in Europe during the week." 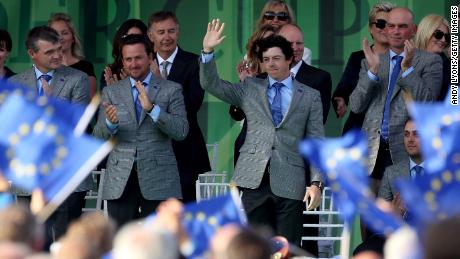 Follow CNN.com/sport for more stories & featuresEuropean golf fans will certainly hope their Ryder Cup team remains 'Brexit-proof', given that it's won 11 of the 19 tournaments since Britain and Europe joined forces in '79. A strong American unit won the last one though — Jordan Spieth and co. inflicted a comprehensive 17-11 defeat on Clarke's men — and it looks like Bjorn's Europe will have to be more united than ever if they're going to win the Ryder Cup back.

Jamie Benn: ‘It was a smash-mouth of a victory and I thought our fans were the all-stars in overtime’