With more than 98% of the votes counted, Weah led the Unity Party's Boakai 61.5% to 38.5%, according to the National Elections Commission (NEC).Weah, the candidate for the Coalition of Democratic Change, won the first round of the election in October with 38.4% while Boakai netted 28.8%, according to the commission. NEC Chairman Jerome Korkoya said in a press conference Thursday that the final election results would "hopefully" be announced on Friday.Some Liberians took to the streets, chanting victoriously and dancing. "We started the struggle and we are about to end the struggle in 2017," Nablah Washington, a Weah supporter, told Reuters. "That is on December 26, we went to the ballot box and today we are seeing results and results that are coming out of all the 15 counties, they are communicating to us and showing us the road of victory," Washington said. "That is why we are rejoicing."One of Weah's former clubs, Paris Saint-Germain, tweeted its congratulations. "We knew George Weah way before he became President-elect of Liberia," the tweet reads. "Congrats to the PSG and world football legend on the latest chapter of his brilliant career!!!"The runoff election was originally scheduled for November 7, but that vote was delayed when claims of fraud and "gross irregularities" were filed by Boakai's party. The complaints were dismissed. 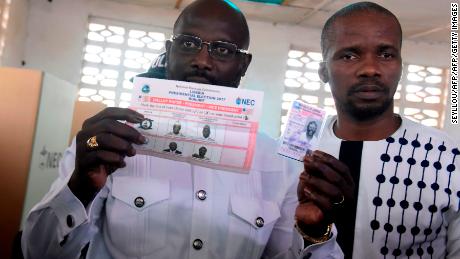 The West African nation of 4.6 million people has been ravaged by civil war, the Ebola virus, and corruption, and hasn't had a democratic transfer of power since 1944. The incumbent Ellen Johnson Sirleaf, a Nobel Prize winner and the country's first elected female president, has overseen years of peace and stability since she took office in January 2006.

Winner of the 1995 Ballon d'Or — to date, the only African footballer to have won world football's highest individual honor — Weah is considered one of the greatest Africans to ever have played the game. However, coming from a country with little football pedigree, he never had the opportunity to play in the sport's centerpiece tournament, the World Cup. "I am very proud to be Liberian. I love the country and I love the people," he told FIFA.com in a 2015 interview. 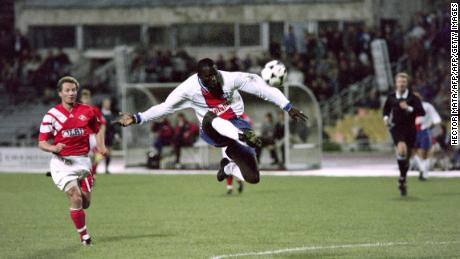 "Of course I would have liked to have played at the World Cup, but I achieved so much in my career as a footballer that I can't have any complaints. The only thing that is disappointing, is that so many other (Liberian) players never got to play at the World Cup and did not have the personal success I had."His son, Timothy Weah, an American national, currently plays for Paris Saint-Germain (PSG) — one of his father's former clubs. In footballing terms, at least, he is perhaps best remembered for a wonder goal for AC Milan against Verona in 1996 and his cult status in his home country — he's a "legend" in Liberia, according to his FIFA interview — has given him name recognition that many politicians would envy. 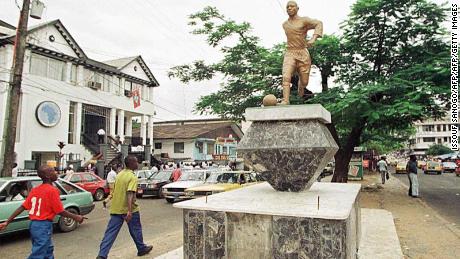 This presidential campaign was not his first foray into Liberian politics. After prolific spells at Monaco, PSG, AC Milan — and brief stints at Manchester City and Chelsea — the 49-year-old Weah began forging a career in politics. 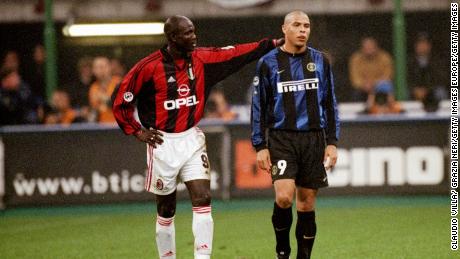 Weah ran for the Liberian presidency in 2005, eventually losing to Sirleaf, who had Boakai on her ticket. He avenged that loss to a degree in 2014, winning a seat in Liberia's Senate in 2014, becoming the first professional athlete to be elected to the body.He acknowledges his unconventional career path, but says that his previous life as a successful athlete shouldn't be a barrier to politics. "I know a lot of people wonder why an ex-footballer should seek the presidency of the country but no one asks a lawyer or a businessman why they do the same," he told the UK's Guardian newspaper in a recent interview.Making a connection between his hard-running, team-focused attitude on the pitch, he told FIFA: "Whatever you do in life, you have to do it with commitment and perseverance."That was my approach on the football field and that is my approach now in politics. I am committed to helping my people and my country, just as much as I was committed to helping my team when I was a player."

Weah, 51, became a UNICEF goodwill ambassador in 1997, and has had a "longstanding commitment to humanitarian activities," according to a UNICEF biography.He has worked to publicize immunization campaigns and promote vocational training schools "where former child soldiers and other war-affected youth can learn new skills," it states.He also keeps sport central to his life. In addition to continuing to turn out for an "old-timers" league in Monrovia, Liberia's capital, he has been the chair of Liberia's Sports Commission. "Sport is so important to people," he said in 2015. "It can help people. I am where I am today because of football, and if I can give back something to the people of Liberia, then I want to do that."