The United Nations High Commissioner for Refugees (UNHCR) promotes three durable solutions for refugees: voluntary repatriation, local integration in the country of first asylum or resettlement in a third country.

Syrian refugees in Zaatari and Azraq camps are not permitted to settle in Jordan, and are unable to go back to Syria

Out of these three solutions, repatriation is the preferred one among the international community. Consequently, the lives of Syrian refugees in Zaatari and Azraq refugee camps in Jordan are, in terms of their legal status, suspended as they are not allowed to settle in the host country, but are also unable to return home.

Eighty percent of Syrians are in fact urban refugees. However, what matters here is the message of temporariness that refugee camps convey: that Syrian refugees, unlike previous groups of forced migrants who found a safe haven in Jordan and became the very social fabric of the young nation-state, will not remain in the country; that as soon as it is possible, they will return home.

The Zaatari camp, which opened in July 2012, is one of the largest ref­ugee camps in the world and fourth-largest urban setting in Jordan.

There are more than 79,000 refugees living there even though it was designed for a maximum of 60,000 people. The camp consists of 24,000 pre-fabricated caravans, administration buildings including 27 community centres, two hospitals, 11 schools and a market of some 3,000 shops and businesses, including restaurants and coffee kiosks on the so-called Champs-Élysées.

Another Syrian refugee camp, Azraq, opened in April 2014 and according to UNHCR, it currently hosts approximately 35,000 people. Both camps are managed by the Jordanian government in partnership with UNHCR, but the presence of the Jordanian military is more prevalent in a securitised Azraq camp as opposed to an organically developed Zaatari camp.

Syrian children play at the Zaatari refugee camp, near the border with Syria (AFP)

As a geopolitical territory, Jordan has a long history of welcoming refugees, including Circassians and Chechens in the 19th century, Armenians in the early 20th century and more recently Palestinians, Iraqis and Syrians.

Jordan has – to a large extent – been built by all those refugee groups. Currently it is estimated that only 20 percent of Syrian refugees, who have been seeking protection in Jordan since 2012, live in refugee camps; the overwhelming majority follows the pattern of earlier refugee populations and settle in the urban areas.

Despite economic difficulties and a very fragile regional situation, ,Jordan can still manage to accommodate a large number of refugees without significant problems

In fact, Jordan does not need refugee camps; a refugee camp plays more of a performative role to show the Jordanian population that the Syrian presence is only temporary, and to demonstrate to the world that despite economic difficulties and a very fragile regional situation, Jordan can still manage to accommodate a large number of refugees without significant problems.

As a relatively stable host country, Jordan proves that it is capable of governing, managing and controlling Syrian refugees in the camps – even if it's only 20 percent of those who sought refuge in Jordan due to the conflict.

The political project of Syrian temporariness is therefore the driving force behind regulations and rules in the camps which are fixated, at least officially, on avoiding any semblance of permanence when adapting and reinforcing the caravans. For instance concrete is not allowed, and planting gardens is forbidden. Syrian refugees make their way in the Zaatari refugee camp, a seven-square-kilometre camp that is home to more than 100,000 refugees (AFP)

The most favourable solution

Even though many refugees do feel that they want to return home – and the harsh conditions of life in Zaatari and Azraq camps certainly contribute to this – they nevertheless have a present life inside the camp.

The impossibility of calling a host country home is not a direct consequence of displacement, but rather a response to political, socio-economic and cultural difficulties experienced there as a refugee.

Return is never unproblematic because "home" is never what it used to be, and the returnees need to rebuild their social networks which could have been entirely destroyed.

However, repatriation is seen as the politically most favourable solution by the international community; it spares the countries of first asylum the effort of integrating the newcomers, and it also allows countries in the Global North to shirk their moral responsibilities towards refugees under increasingly limited resettlement programmes.

The framing of the refugee camp as a temporary space which is permanently locked in the emergency phase may be interpreted as an expression of fear of refugees’ integration in the host country, and the desire to see them return home.

In that sense, refugee camps exist to preserve the value of the nation-state as an exclusionary non-permeable space where refugees have no right to claim any form of belonging.

There is an inherent contradiction between two approaches to human rights: international organisations which govern refugee camps have a duty to protect human rights within the framework of states' sovereignty; and yet every individual has a right to dignity according to the 1948 UN Universal Declaration of Human Rights.

In the camp, the autonomy of an individual is subjected to the refugee regime formulated jointly by the humanitarian agencies and the host country.

The camp governance model includes both the language of protection and state control – for instance, the regulation that prohibits growing trees in order not to obscure the visibility in the camp is aimed at preventing violence, particularly gender-based violence, but it also enables the surveillance of the camp population.

On the other hand, not allowing the building of more permanent dwellings in the name of the camp's temporariness clearly demonstrates the prevalence of the state sovereignty discourse over the protection one.

We should, however, move beyond the dichotomy of temporariness versus permanence, and recognise that refugees in camps do engage in home-making-without-a-home. It is then the task of humanitarian agencies and host governments to facilitate this process, rather than to hinder it.

The question should not be how long refugees will stay in a camp; the question is how to ensure that they can live their life in dignity while seeking protection in a camp.

– Dr Natalia Paszkiewicz is an anthropologist with a particular interest in migration and refugee studies. She has been working with refugees for over ten years in the UK, Malta, Ethiopia and Djibouti. 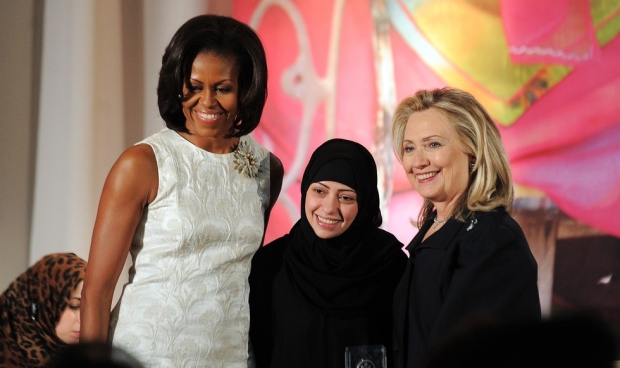