"In terms of a united Ireland, our constitution is clear on this," he said. "Our constitution aspires to there being a united Ireland. I share that aspiration."But Varadkar made clear that unity between Ireland and Northern Ireland — which is part of the United Kingdom — could come about only "by consent.""When it does come about I would like to see it command a degree of cross-community support," he added.The remarks, which are likely to provoke criticism from unionist Northern Irish politicians, come just a few weeks after a deal was reached during Brexit negotiations between the UK government and the European Union on the historically sensitive issue of the Irish border. The question had threatened to derail the talks and brought the controversial issue of a united Ireland to the fore.The demilitarization of the border between Northern Ireland and Ireland was a key element of the Good Friday Agreement, the 1998 deal that ended years of sectarian conflict.The UK's planned departure from the European Union raised the prospect of a return to a "hard" border, as Northern Ireland would leave the EU while the Republic of Ireland remained in the bloc. But in an agreement reached in December, the UK and EU pledged that there would be no hard border.Even after the border deal was struck, concerns remained in Dublin over the UK government's handling of the issue. There is also unease that the commitments made by British Prime Minister Theresa May regarding the border may not be as solid as the initial wording suggested, which could strengthen support for Irish nationalism.Jennifer Todd, professor in the School of Politics and International Relations at University College Dublin, said Varadkar's remarks were a direct response to the British government's approach to Brexit negotiations.Todd said the British government — under pressure from pro-Brexit lawmakers — is "asserting an unreformed traditionalist concept of sovereignty over Northern Ireland" and has not listened when the Irish government "tried to say this diplomatically."But Paul Bew, emeritus professor of politics at Queen's University Belfast and cross-bench peer in the British House of Lords, said that Varadkar's insistence on the need for consent and cross-community support had brought a new, more conciliatory tone to the debate."It's not actually provocative, it's meant to be the opposite," Bew said. "What he's doing here is trying to pull back from the irritation he has caused in the unionist community by the stance he took over the past several weeks … this is an attempt to conciliate."Building support for Irish unity across both Catholic and Protestant communities in Northern Ireland is "a 50-year project," Bew said. Varadkar's remarks are "a way of saying … we don't want unity any time soon."Whatever his motivation, Varadkar is likely to come under renewed fire from pro-unionist parties in Northern Ireland.In the days before the border deal was brokered, Varadkar and his government were accused of exploiting the negotiations to forward their ambitions for a united Ireland. Varadkar was insisting that talks should not progress until London committed to preventing a "hard" border.Members of the Democratic Unionist Party (DUP) — a Northern Irishle party fiercely loyal to the British monarch — were particularly outspoken, with the party's leader, Arlene Foster, accusing the Irish government of hijacking the talks.READ MORE: Who are the DUP?In an interview with the BBC Radio 4 Today program in November, Foster was particularly critical of Simon Coveney, Ireland's Foreign Minister, who had previously said he "would like to see a united Ireland in my lifetime. If possible, in my political Iifetime.""He's of course entitled to have that aspiration but he should not be using European Union negotiations to talk about those issues," Foster said. Ten days later in the UK Parliament, DUP politician Nigel Dodds described the Irish government's approach as "aggressive" and "disgraceful."Varadkar rejected the claims at the time, insisting: "There is no question of us trying to exploit Brexit … we want to build bridges, not borders."

CNN's Nic Robertson and James Masters contributed to this piece. 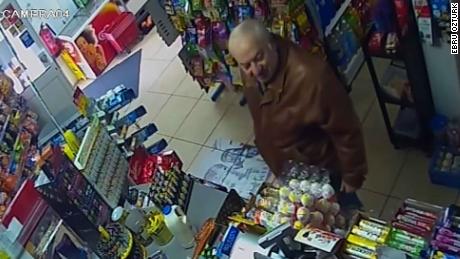 ‘It’s up to the UK to move’ on Brexit, France’s Europe minister says