PARIS: Crown Prince Mohammed bin Salman will travel to Paris to meet French President Emmanuel Macron around the end of February or early March, Saudi Foreign Minister Adel Al-Jubeir told French TV CNEWS.
Asked if Prince Mohammed would be visiting Paris, Al-Jubeir said: “Yes, God willing. He received an invitation from President Emmanuel Macron. We’re thinking about an end February-early March date.”
He said the exact date had not been finalized yet but would be decided upon in the coming weeks. Al-Jubeir’s comments were broadcast via a French translation.
Prince Mohammed is leading sweeping economic and social reforms intended to remodel the world’s top oil exporter and biggest Arab economy into a modern state no longer dependent on petroleum. These include the planned the sale of five percent of state oil giant Saudi Aramco, which could be the biggest IPO in history.

Iraq to export Kirkuk oil to Iran before end of month: Oil minister 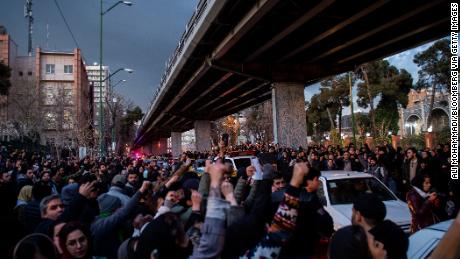