On Wednesday, a military confrontation erupted in Bouake, the second city of the Ivory Coast. Members of a mutinous faction within the army lay siege to the camp of an elite Ivory Coast military unit called the Coordination Center for Operational Decisions (CCDO) and seized their weapons and supplies after the CCDO soldiers fled.

“I‘m hearing very intense shooting from machine-guns,”said Georges Kouame, a resident of Bouake. “There are also explosions from heavy weapons.”

Rival army factions fought in the base on the outskirts of the city. Last year, Army mutinies in Bouake kicked off a confrontation which persisted for several months. Last week, members of the CCDO were deployed to Bouake, sparking tension with those former mutineers.

“We entered the CCDO camp around midnight and took all of their arms and ammunitions,” one of the mutineer faction’s leaders told Reuters. “Their troops fled the camp, but we are looking for them.”

Mutineer leaders told Reuters that they suspected the CCDO deployment in Bouake was a cover to spy on them.

In January 2017, soldiers dissatisfied with their pay and working conditions seized control of Bouake. The revolt quickly spread to major urban areas, and by May the government had capitulated to the soldiers’demands for $8,000 bonuses, a recompense for their service in two civil wars.

The catch for the government is that the mutineers aremostly members of the rebel group that was integrated into the military following the civil war. The rebels, with assistance from the French Military, helped to bring the current president to power.

“We have to stop this. I’ve asked the soldiers to keep their heads. No matter what their demands are, they can’t launch such brutal protests,” Bouake’s mayor Nicolas Djibo said to the state broadcaster RTI.

The Ivory Coast had two successive civil wars (2002-2007, 2010-2011), in which successive rebellions based in Bouake dividedthe country into North-South and Muslim-Christian lines. President Alassane Ouattara was elected in 2010 and gained office in 2011 after the rebels moved south and French forces arrested his predecessor.

Since fighting ended in 2011, the Ivory Coast’s economy has gone vertical, growing at thefastest rate of any African country; 8.5%. Ouattara’s administration has worked aggressively to integrate the Ivory Coast into the global markets, and 40-45% of capital invested in businesses comes from outside sources.

However, income inequality has outpaced growth, with a 45% jump in the number of millionaires in the last decade, and with an 80% rise in the number of millionaires projected for the next decade. The growth is uneven thought the country, with the port city of Abidjan receiving its bulk. This has enriched the Christian south, while leaving a Muslim north, with a history of successful military ventures into the south, relatively impoverished.

The country has tried and failed to reduce the size of its military after the civil wars, with demobilizing soldiers being a frequent source of violence. In December, the state offered its soldiers a $26,000 incentive to retire from service.

Title Photo: Soldiers in the streets of Bouaké. Via beninwebtv.com 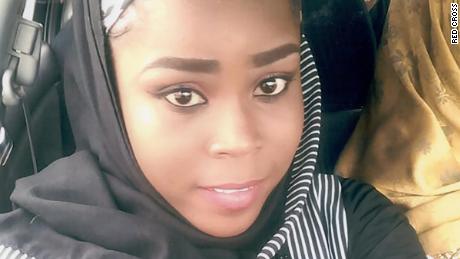