The operation to remove the bullet from Hashimi's chest is scheduled to take place overseas. The 35-year-old actor has made numerous trips outside of the country, only this time he wishes he didn't have to come back.For years, Hashimi has been a voice in Afghanistan — in between the studio lights and theatrical fireworks — urging its youth to stay in their homeland.But no longer. A deadly encounter in the Intercontinental Hotel — one of several recent attacks to transform the capital into what many say feels like a new frontline in the war — has changed his message to Afghans to something starker: Get out while you can."Kabul is not safe for anybody … There is no hope. I am not feeling secure even inside my house," he says pointing around his apartment. "Now Kabul has changed into a war zone, not a civil society for people to live in. Every night I wake up in the middle of the night." 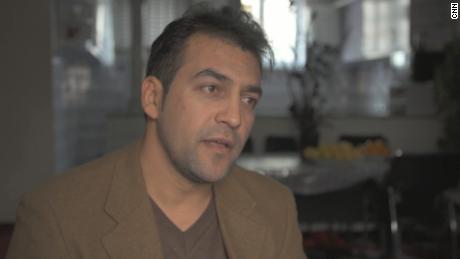 Hashimi was discussing film projects in the hotel's luxurious salon when the violence he was used to seeing in staged productions became very real. "I saw a German woman, very calmly listening to the music," he recalls. "They first shot that lady. It's really hard to see someone killing people in front of your eyes. It's unbelievable, unimaginable."The gunmen calmly moved through the salon, shooting dead in front of him two of his friends. A bullet struck him in the chest. When the lights went out, Hashimi used his knowledge of the hotel's layout to guide others into a dark room away from the fighting. Once there, the group threw their cellphones away, so their vibrations, ringtones and lights wouldn't give them up, and waited for help. For three hours."We all kept silent in a corner. I was bleeding, horribly bleeding. It's very hard, you see your death is coming to you." The Afghan special forces then arrived. The commandos, recognizing Hashimi, held their fire as he and 14 others emerged from their hiding place.

Hashimi shifts awkwardly in his seat: "One bullet here," he says, pointing at his ribcage. "But a long time ago, another bullet was in my leg. So, it's two gifts that Afghanistan gave me".Now he wants out. Surgery to remove the bullet in the Turkish capital of Istanbul first, and then perhaps America. Stark words from a man who once implored other Afghans — even on US radio in Washington D.C. — to stay, build and fight."Most people welcomed me that I was encouraging people to stay in Afghanistan," he says."But I'm not saying that again because I feel guilty if I do it publicly. I am a famous person, so if I say something people may just accept it."Outside, the still Kabul air belies what should be the bustle and chaos of rush hour. The decision by many to stay off the streets of Kabul follows a bloody 9-day period in which the Taliban attacked the hotel, ISIS hit a children's charity in the east of the country, the Taliban used an ambulance as a suicide car bomb to kill over a hundred, and ISIS attacked a secure military academy. To some, the week of violence was a watershed moment. For US President Donald Trump, it was a reason to set aside, temporarily at least, a key tenet of the US military strategy: The idea of talks with the Taliban. The Afghan government has agreed, saying the attacks had crossed "red lines." Political negotiations have remained a far-fetched prospect throughout the insurgency, but the open dismissal of them now has led many in Kabul to conclude that the situation is likely to worsen. We are still in a bleak midwinter, with the violence of the summer months far off. Yet already the city is at times panicked, at times deserted, struggling to adapt to its new, frontline status. 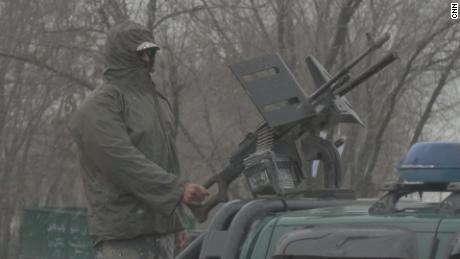 Checkpoints and barriers provide a veneer of security. One near Abdul Haq Square appears most interested in checking cars with government plates. It's unclear if intra-government rivalries are at play, or if there is a genuine fear insurgents are disguising themselves as police. At the checkpoint, soldiers demand documents. The arrival of one SUV sees soldiers rip out some police-style emergency siren lights from the car's front grill, crushing them underfoot. Another SUV with black government plates is detained until it proves its association with a regional governor. But this is the nature of trust here in Kabul: there is little.You can see why outside the Jamariyat Hospital, where days earlier one of the most vicious bombs the city has seen was detonated. The bomb was in an ambulance. The vehicle passed the first checkpoint, and then loitered in the hospital car park for 20 minutes, hoping to avoid suspicion before then trying to pass another checkpoint into the more secure areas. 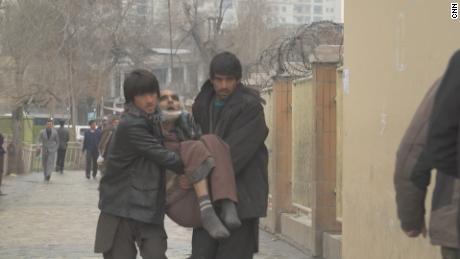 Now the patients at the hospital cannot be brought in by car: ambulances are banned unless the drivers are personally known to the staff. Kabul's sick are hand-carried by relatives into a building whose windows were blown out by the blast. A city that was once a safe sanctuary struggling, day by day, with less and less.