JEDDAH: Six hundred graduates from Taif University moved a step closer to gaining higher-level jobs after a five-year wait and a two-and-a-half-year legal battle waged by 14 fellow students who took up the case.
The Ministry of Civil Service had previously declined to classify biological technique department students at Taif University, but the administrative courts in Jeddah and Makkah declared the decision wrong.
Abdul Rahman Zadkhan, one of the students, said the verdict gave hope to 600 who can now look for jobs appropriate to their four years of specialist study and one-year masters.
The biological technique involves studying the medicine and drug as well as the oil and food industries, environment and agriculture.
Abulaziz Al-Satami, another student, said their ordeal had lasted for more than five years, even though the department opened by Taif University was approved by the Ministry of Higher Education and accredited by the Council of Higher Education. Different ministries disputed over taking up the responsibility for the department and blamed each other, he added.
The students jobs were reduced to lab analysts, and they were denied the opportunity to apply for other state jobs. Mazen Kurdy, the students lawyer, said that the department of biological technique was legally opened by the faculty and approved and accredited by the Council of Higher Education but the Ministry of Civil Service refused to classify some jobs for this major, only allowing alumni to take up lab technician posts. By doing this, the ministry wasted the money spent by the state to establish and run this department, he said. 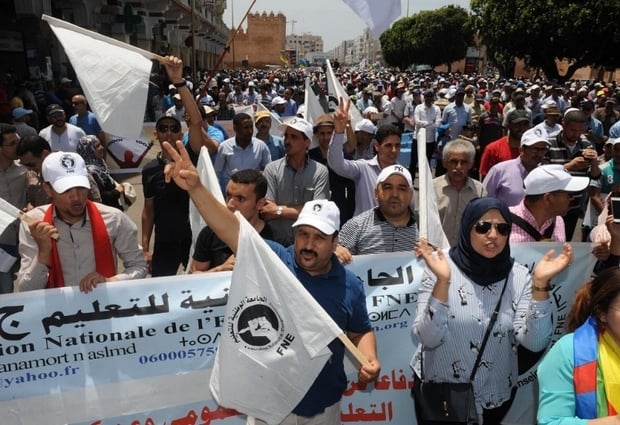 Over 100 Saudi students to take part in Cyber Saber Hackathon

US Syria pointman to also serve as anti-ISIS envoy