NEW YORK: The potential deal between the Organization of the Petroleum Exporting Countries (OPEC) and Russia — announced by Crown Prince Mohammed bin Salman — is a game-changer in the global energy industry.
But it faces hurdles before it can be implemented and maintained according to the ambitious schedule outlined in New York.
Daniel Yergin, an energy expert and author of the Pulitzer Prize-winning history of oil “The Prize,” told Arab News that the possible deal “represents a realignment that reflects the new realities of oil and international relations.”
The crown prince said that the Kingdom and Russia were in talks to extend an agreement on output — sealed in Vienna in late 2016 on a temporary basis — to a longer-term pact of 10 to 20 years.
“We are working to shift from year-to-year agreement to a 10 to 20-year agreement. We have agreement on the big picture, but not yet on the detail,” the crown prince said.
If the deal goes through, it will put in place a new force in the global oil industry, with two of the top three producers, Saudi Arabia and Russia, acting in unison. With around 40 percent of the worlds output between the two producers and the rest of OPEC, the alliance would be a dominant force in the energy industry, able to control supply and — crucially — the price of oil for the next two decades.
But it is by no means a done deal. Ellen Wald, an expert on Saudi energy and author of the forthcoming book “Saudi Inc. The Arabian Kingdoms Pursuit of Profit and Power,” said: “It would be impossible to extend the current production deal for 10 to 20 years because nobody knows what market conditions will be in the future.”
“What they must be referring to is a discussion on making Russia what amounts to a de facto OPEC member for a certain number of years,” she added.
But there are economic, financial and geopolitical challenges ahead before such a deal — likely to form the centerpiece of negotiations at the next OPEC meeting in Vienna in June — can be clinched.
The current arrangement — dubbed the “Vienna Alliance” by oil experts — has been credited with getting the price of crude back from the doldrums of 2014 and 2015. From a high of more than $100 a barrel after the global financial crisis, the price of a barrel of crude fell below $30 in early 2016.
The agreement on output helped stabilize that price last year, with a sustained recovery coming in the second half of the year as it looked as though the deal was going to hold longer than a few months. Brent crude was trading in New York yesterday close to the $70 a barrel level seen as the “Goldilocks” level — not too cheap and not too expensive — to balance the demands of global producers and consumers.
But the problem is that OPEC is not a cartel that can arbitrarily set the price of oil. It is an organization that has to serve the interests of its members, and the 14 nations — possibly increasing with the inclusion of Russia and other independent producers — that comprise OPEC are subject to the imperatives of their own domestic economic needs as well as the global market.
It has been an achievement — largely credited to Saudi Arabias Energy Minister Khalid Al-Falih — to get OPEC and Russian to coordinate supplies over the past 12 months. Maintaining that delicate relationship over decades would be much more difficult.
With global consumption just below 10 million barrels a day, it would only require one member to “go rogue” with a production surge to upset the delicate balance and cause another price collapse.
But perhaps the most serious barrier to any long-term deal is the fact that the global oil market is no longer a two-horse race. American shale producers have turned the international energy market on its head through sophisticated technology that has wrung oil from fields long regarded as impossible to exploit commercially.
The US is now the second largest oil producer, and with the shale industry in full boom, looks certain to overtake Russia and the worlds biggest sometime soon.
This is where the geopolitical challenge emerges. One American energy financier at the Saudi-US CEO Forum in New York explained: “It might be good for Saudi Arabia and the oil price, but it is a strategic play that might not go down well with American producers. It would add a long-term geopolitical element to the oil market that maybe we would not welcome.”
He also pointed to the difficulties of maintaining such a long-term relationship between OPEC and Russia. “There are so many variables. It is not just Saudi Arabia, but all the members of OPEC, which is a mixed bag. Is it in the interests of Venezuela or Iraq to go along with such a deal? And you cannot easily predict how Russia will be thinking in 10 weeks from now, let alone 10 years.”
Yergin said: “Weve been calling this OPEC and non-OPEC agreement the Vienna Alliance. Now it looks like an effort to turn it into a lasting alliance.” 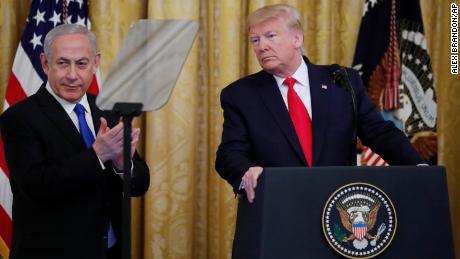