BERLIN — Europe doesnt need any more lofty speeches. What it needs is a stiff dose of pragmatism. Its important to remember that in a time of growing mistrust toward the European Union and its institutions, the basic idea of Europe as a Western community of shared values enjoys enduring support. But its equally important not to delude ourselves: The many millions of people who have voted for Euroskeptic parties in France, Poland, Germany and Italy will not be persuaded by proposals such as the creation of a eurozone finance minister or the introduction of transnational lists for the European parliament.

The dream held by some leaders on the Continent of melting nation states into a “United States of Europe” is simply not supported by a majority of citizens and governments. Any attempt to impose a utopian vision will only further divide — rather than unite — the European Union.

Closer cooperation might be necessary in the future, but right now its time to concentrate on solving the concrete problems facing the citizens of the EU.

The issue that clearly causes the most anxiety with voters is migration. As long as human traffickers, rather than border officers, decide who sets foot on European soil, we put at risk one of the greatest achievements in European integration: the freedom of movement.

It is said that countries with a shared currency do not wage war against each other. Surely this must apply even more so to countries with joint military units.

Europe needs a truly European border protection. With just 300 staff and a rapid reaction pool of 1,500 national border officers, the personnel resources of the European border agency Frontex are limited, to say the least. What is required is far greater numbers of European officers in the Mediterranean — including personnel from the German police and armed forces.

We as the European Union need to decide who can enter our common free travel area, for what reason and under what conditions. On this issue Europe can and must take back control in concrete terms.

Europe also needs to make progress on the defense union. The launch last year of the Permanent Structured Cooperation on security and defense (PESCO) — whose aim is to increase European synergies in shared armaments projects and to gradually establish permanent EU-wide units and capabilities — can be hailed as a major achievement. But a lot of work remains to be done. The overall defense spending of EU member countries represents around one third of the United States spending in this area, and our military capabilities lag behind as a result.

The EUs current military missions, such as those in Mali and in the Mediterranean, have so far been financed from national budgets. Why should they not be financed in the future from the shared EU budget? Already today the Dutch have all of their battle tanks stationed on German soil in joint units. Who would have thought this possible 10 or 20 years ago? It is said that countries with a shared currency do not wage war against each other. Surely this must apply even more so to countries with joint military units.

On financial matters, too, Europe needs to improve. We should use the upcoming negotiations on the EUs long-term budget to finally anchor sensible priorities for the EU. In essence, this will mean making available more resources for border protection, security, for investments, infrastructure and digital issues. 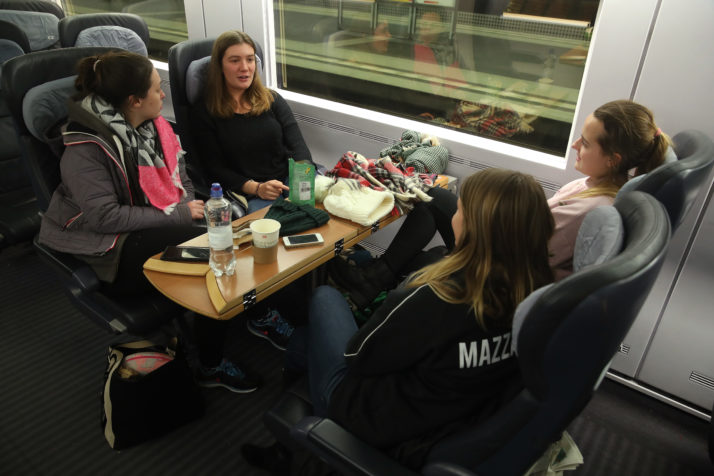 Setting priorities means less indiscriminate distribution of funds and more tangible added value for Europe. It also means having the courage to develop institutions that can inspire faith in the European project. Previous examples include Airbus, the Galileo space program and the Erasmus student exchanges. We should for example create a European center for cutting-edge research and teaching in the fields of artificial intelligence, algorithms and blockchain.

Europe should also cooperate with industry to invest billions in a European cloud, with servers and computing capacity in the EU, instead of becoming ever more dependent on Google, Amazon and — in the not-too-distant future — Alibaba.

A recent proposal to provide a four-week Interrail pass for all school-leavers in the EU is intriguing, as it would help foster a connection to other Europeans. These are costly projects, yes, but they would allow us to make a positive — and distinctly European — mark on the world.

The future of our shared currency, the euro, is also central to Europes future. Reducing the debt levels of member countries is vital, as is reinforcing the European Economic and Monetary Union and ensuring that actions and liability go hand in hand. Credibly enforcing the EUs stability and growth pact is the key task. In this way, we can enhance member countries financial resilience and our ability to withstand the next crisis.

In order to make the euro-architecture more robust, the European Stability Mechanism should be further developed into a European Monetary Fund, as already proposed by former Finance Minister Wolfgang Schäuble. Such a monetary fund would have to include better early-warning and prevention mechanisms for crises and credible procedures for debt restructuring in order to protect taxpayers.

Some sort of neutral internal governance — committed to compliance with the treaties, rather than political opportunism — will be vital. That would also enhance the attractiveness of the eurozone for those countries who have not yet introduced the euro. 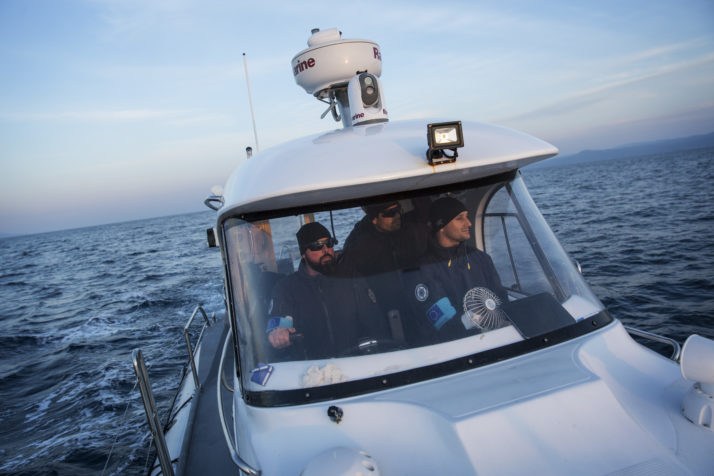 Neither should we let enthusiasm wane when it comes to the single market. The European economy is growing faster than it has been for some time, investment and employment are picking up. But more is needed to ensure lasting competitiveness on the global stage.

The European Commission regularly issues tailor-made recommendations to each of the member countries on reforms needed, including, by the way, for Germany. In order to enhance the incentives to carry out these reforms, European structural funds should in the future only go to projects that strengthen the European economy.

Finance labor mobility — through the mutual recognition of professional qualifications, cooperation between national labor agencies and language courses — would be more effective than financing unemployment through an EU unemployment insurance scheme.

The EU should not forget it is not an all-encompassing state. As a supranational institution it is only responsible for those areas explicitly defined in the treaties. The creeping power grab by the European institutions must end. Brussels is supposed to serve the interests of long-term institutionalized cooperation between member countries, not its own interests. The Commission is not a government and it should not think of itself as one; it is the guardian of the treaties.

When it comes to integration, the most frequently used image is that of a so-called multispeed Europe. This suggests that all countries have the same goal, but that some will achieve it more quickly than others. This is not true.

We Germans must acknowledge our special role as the blocs largest member, while always striving to understand the viewpoints of other members.

In reality, Europe is like an onion, with different layers and depths of integration. And we need more of them. The four fundamental freedoms — of goods, persons, services and capital — form the core of the onion. Other layers — Schengen, the euro and certain sections of security policy — do not involve all member countries.

New projects should similarly be open to all who want to join, but we should not have to wait for every last member country; the willing have to lead the way. Franco-German initiatives on corporate taxation, defense, research, or a joint venture capital fund are all possibilities for new layers of Europe.

We Germans must acknowledge our special role as the blocs largest member, while always striving to understand the viewpoints of other members — small or large, old or new. We must be ready to deepen EU cooperation, not on a platform of lofty rhetoric, but in a constructive fashion through concrete projects.

Only then can we strengthen our crisis-torn Union, show our citizens that we can indeed shape globalization, and ensure that Europe remains a success story in the 21st century.

Jens Spahn, a former state secretary at the federal ministry of finance, is Germanys health minister and a member of the CDUs presidium.

Its time for the EU to get real