It started with a choked-up mea culpa by rookie fielder Cameron Bancroft over his role in a ball-tampering scandal that has rocked the nation before snowballing into a tearful, wrenching press conference by former captain Steve Smith, before ending with the resignation of the coach, Darren Lehmann. The bloodbath came after three Australian players — team captain Smith, vice-captain David Warner and opener Bancroft — were banned after admitting to ball tampering during the third Test match in the team's series in South Africa. After getting caught sandpapering the ball on camera while on the pitch, the three co-conspirators owned up to the deed, before returning to their home country and, in the case of Smith and Bancroft, making emotional pleas of forgiveness to the waiting media. The 48-year-old coach said he made the decision to join his players in exile after talking to his family and watching the tearful scenes at Perth and Sydney airports, where Bancroft and Smith, respectively, faced the cameras and the nation."After viewing Steve and Cameron's hurting, it's only fair that I make this decision," said the 48-year-old Lehmann, who will quit after the fourth Test, which started Friday."I'm ultimately responsible for the culture of the team," he said."This will allow cricket Australia to complete a full review into the team and allow them to implement changes to regain the trust of the Australian public."

As the teammates of Bancroft, Smith and Warner take to the pitch at the New Wanderers Stadium in Johannesburg for the fourth and final Test of the series, the country is experiencing a rare moment of introspection for its most decorated and best-loved national team. Roger Oldridge, a Network Ten cricket commentator, says there's been a "staggering public outcry" over the revelations of cheating. "We know our team plays hard but we like to think they play fair. In Australia, the cricket team is the pinnacle of our national sports — the captaincy is considered, parochially speaking, to be the second top job behind the Prime Minister," he told CNN. "To see the captain and the vice-captain to be a part of cheating is gut wrenching." 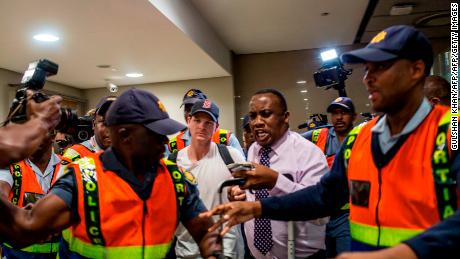 Former Australian Prime Minister Kevin Rudd said that the country's belief that it plays tough but fair is why its sports-obsessed inhabitants are so invested in the scandal."For more than a century the Australian nation, the Australian people have prided themselves on sportsmanship, they've prided themselves on being the land of the fair-go… the land of fair play and suddenly that gets torpedoed amidships by this extraordinary action by these players," the former premier told CNN."What on earth was on their mind that could have caused them to conclude that this was even possible, let alone that they could get away with it?"Not cricket: How Australia cheating scandal harms national psyche

However, Oldridge says that, in the middle of the emotional roller coaster, public opinion has shifted in favor of Smith and Bancroft. "The public wanted blood, but last night there was a shift when we saw the raw emotion (exhibited in the two players' public appearances)."These guys are broken, they know they've done wrong." 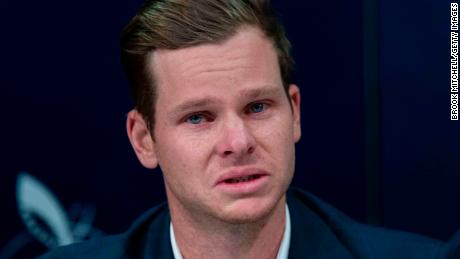 Jon Pierik, a cricket journalist at the Age newspaper in Melbourne, says that he believes that the players' emotional outpourings were genuine. "Smith looked a young man lost, gutted. It didn't take much for him to well up. He knows what he's lost, not just the dollars. It's far more than a job to him."While some, including Aussie cricket legend Shane Warne have called the sanctions too extreme — a year for Smith and Warner, nine months for Bancroft — Pierik thinks the lengthy bans are necessary for Cricket Australia to clean house and regain credibility. "I think punishment is fair, if it was six months they'd barely miss a game. There's so much at stake, in terms of sponsors dropping off, Cricket Australia needed to take a stand." Australia's Steve Smith resigns as captain of IPL's Rajasthan Royals

Tearing the cricket establishment up by the roots

Pierk argues that a root-and-branch review of the international team set-up needs to be aggressively implemented. He says that it's time to review the entire organization, from Cricket Australia executives and the board, down through the team management and the players, and that the personality of the team needs to be changed through changing the personnel.He says that the team has been given tacit approval to push the boundaries of what is acceptable on the cricket pitch, and that under outgoing coach Lehmann have been playing with a "hostile nature," with Warner as "the attack dog." "You can't play sport without a bit of aggro but it's got way out of control, this win-at-all-stakes (attitude). If you change the personnel you'll change that aggro style of play out there," he says. "This (scandal) is just massive. Millions of dollars have been lost." He says that Lehmann's decision to step down was "definitely right thing to do" as his position became untenable. "You can't have captain, the vice-captain, another player gone, and talk about changing the culture of the team (while remaining in the job). They've had that certain style of play, pushing the line, (and Lehmann) never got them to rein in it." 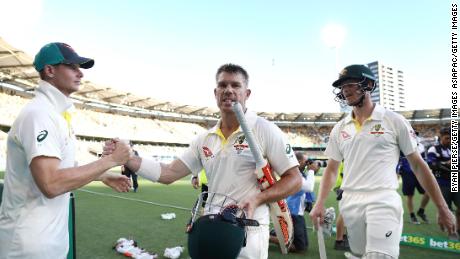 Redemption down the line?

While the harrowing experience has shaken the notoriously sports-mad country to the core, commentators believe that at least two of the three cricketers can bounce back to regain their place in the nation's affections. "Smith and Bancroft are mentally tough, it'll take a lot for them to rebuild, but I wouldn't rule them out," says Oldridge. "They're similar in the way they approach the game. They breathe the game, they won't be willing to let it go easily. We'll see Smith come back, he's the best player in the country. It might take a while (for him to get back to peak performance) after the official ban ends but he'll be back playing for the national team."However, the same can't be said for the brash, competitive Warner, whose aggressive style and personality have long made him a player Australians fans have endured, rather than embraced. Cricket Australia investigators say he was the architect of the ball-tampering plan, and a distant, tweeted apology posted ahead of touching down in Sydney on Thursday, in which he wrote "mistakes have been made," and only took responsibility "for (his) part," will not have further endeared him to the crowd. "No doubt he's done at international level," says Oldridge."The Australian public can't stand Warner. Plenty of people have been celebrating his downfall, from Cricket Australia on downwards. "His apology is telling, he's brash, you see that in the way he bats, it's not an endearing quality. If he makes a statement, it'll be seen as crocodile teams, unlike the other two."Warner is scheduled to make a public statement Saturday.

Commentary: How did a dog catch COVID-19? Until we know more, pet owners should take preventive steps