President Buhari will seek a second term as a candidate for the All Progressives Congress party, (APC) presidential aide Garba Shehu told CNN Monday.Buhari has faced intense speculation about his health and whether he is fit to contest for elections next year. The 75-year-old was away from the country for more than three months on a 'medical vacation' in London last year after battling an unspecified illness. However his aide added that there was no need for Nigerians to be concerned about Buhari's health as he has the full backing of the APC party. "The president has declared and there is no need for concerns about his health if his party says he is the candidate for them," Shehu told CNN. Buhari has faced increasing criticism over security concerns in the country in recent months; Boko Haram continues to wreak havoc in the northeast of the country, there are growing calls for a separatist Biafra movement in the east of the country. Frequent attacks from Fulani herdsmen in the central region of the country threaten to destabilize the area. The former military leader took office May 2015 after a democratic election on a mantra of "change" in addition to the promise of tackling corruption and insecurity in the northeast region of the country. 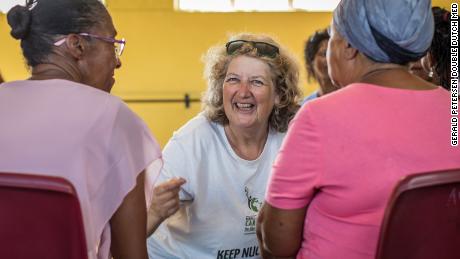 They stopped a Russian nuclear deal