The Gulf emirate is a long-standing US military ally. It hosts the largest US air base in the Middle East, but ties have been clouded by a crisis with its Arab neighbours.

Led by US allies Saudi Arabia and the UAE, Qatar's regional rivals launched a diplomatic and trade blockade against Doha last year, and Trump initially appeared to take Riyadh's side.

Saudi and Emirati officials have accused Thani's government of cosying up to Iran and funding militant groups. Qatar denies this and Washington wants to mediate a truce.

The emir met US Defence Secretary Jim Mattis on Monday and is due to meet Trump on Tuesday. His visit comes after Saudi Crown Prince Mohammed bin Salman conducted a three-week US visit.

Shortly after the crisis began, Trump appeared to take responsibility for the regional sanctions against Qatar.

"We had a decision to make, do we take the easy road or do we finally take a hard but necessary action," Trump said in a news conference on 9 June. "We have to stop the funding of terrorism. I decided… the time had come to call on Qatar to end its funding."

But the US president has since softened his language against Doha and praised its counter-terrorism efforts. The administration is looking to organise a summit for Gulf leaders to end the impasse.

As a warm-up to the emir's visit, the State Department approved the sale of 5,000 Advance Precision Kill Weapon Systems (APKWS) to Qatar, including 5,000 high explosive warheads.

"Qatar is an important force for political stability and economic progress in the Persian Gulf region," the State Department said in a statement.

"Our mutual defence interests anchor our relationship and the Qatar Emiri Air Force plays a predominant role in Qatar's defence."

During the Saudi prince's visit, the US government confirmed more than two billion dollars in arms sales to the kingdom. 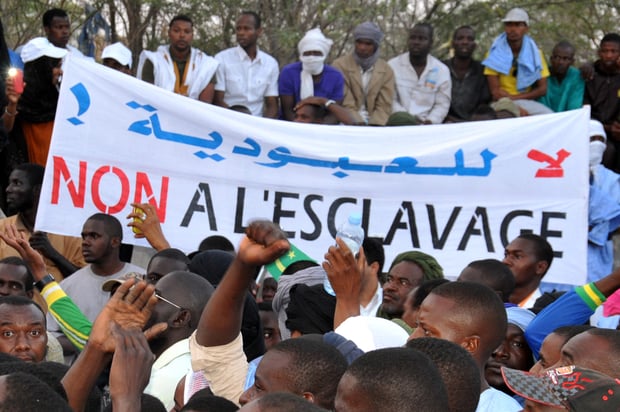 US and Mauritania in dispute over slavery charge