London: The preparatory and ministerial meetings of the 29th Arab League summit began on Thursday in Riyadh where senior Arab officials are discussing various political, security, and military developments facing the region.

The Saudi Minister of Foreign Affairs Adel Al-Jubeir said in his opening remarks at the ministerial meeting on Thursday that Palestine and the situation there will top discussions at the Arab summit.

He also said that Iran and terrorism are two sides of the same coin, and called on Arab ministers to work together to stop Iran meddling in Arab affairs.

The Saudi foreign minister praised Saudi – Iraqi rapproachement and said that Riyadh has allocated $1.5 billion for the reconstruction of Iraq.

As part of his speech on the most important challenges facing the Arab world, the Saudi Foreign Minister Adel Al-Jubeir said that 117 Houthi ballistic missiles had been fired at Saudi cities. He added that Houthi terrorist acts are destabilizing security and stability in Yemen.

With regards to aid in Yemen, the foreign minister said that Saudi Arabia has funded humanitarian and development programs, in addition to Yemen's central bank with over $10 billion over the past three years.

Meanwhile, the Secretary-General of the Arab League Aboul Gheit said that the League condemns Iran's interference in Bahrain and other countries in the region.

The Secretary-General of the Arab League Ahmed Aboul Gheit and the Special Envoy for Syria Staffan de Mistura met on the sidelines of the Arab foreign ministers meeting.

The spokesman for the Arab Leagues Secretary-General Mahmoud Afifi said that Aboul Gheit was given a presentation by de Mistura about the latest results of his communications with international and regional parties that aim to allow political negotiations between Syrian parties to recommence in Geneva under the auspices of the United Nations. They also discussed his political and military assessment of the recent escalation of the crisis in Syria.

Jordan and Egypt signed the agreement on the liberalization of trade in services among Arab states at the inaugural ministerial meeting of the economic and social council of the 29th Arab summit.

The agenda of the summit will be set out during the preparatory meeting where the foreign ministers of the 22 countries are meeting.

The Arab League summit will be hosted in Dammam, Saudi Arabia on Sunday. 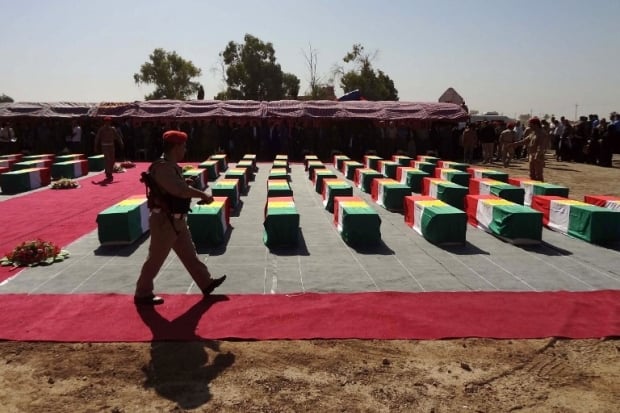