Like their peers in many European countries, Italians have rebelled against a political system dominated by center-left and center-right parties.

Traditional social democratic and conservative parties alike have been in decline for over a decade, as they struggle to reposition their political discourse to match voters growing concern for issues of identity rather than economics. Italys March 4 election — in which voters deserted Matteo Renzis Democratic Party and Silvio Berlusconis Forza Italia to vote for populist parties — was the final nail in the coffin.

The election upset followed a broader trend in Europe, where populists have been making inroads. Inconclusive elections in Spain have fragmented the country more than ever before. Frances election last year prompted the meltdown of its left-right party system. And Germany saw unprecedented drops in support for both the Social Democrats and Angela Merkels conservative bloc in last Septembers vote.

In every instance, the populist vote surged, as skillful political entrepreneurs appealed to voters feeling deserted by the establishment and seeking a new political home. The key to their success: a focus on issues of culture and identity — migration, sovereignty, EU membership — over more traditional electoral topics such as taxes and jobs.

Europe is undergoing an epochal realignment that could open the door to a new kind of politics.

In Italy too, political outsiders were the undisputed winners. The populist 5Star Movement has never held national office, explicitly defines itself as belonging to neither the left nor the right and even refuses to call itself a political party. The far-right League, meanwhile, comes from the conservative right but has consistently and coherently appealed to voters in the language of identity politics rather than economics. Now it looks like both parties have a shot at governing the country together.

If this seems like bad news — its not. At least not in the long term. Europe is undergoing an epochal realignment that could open the door to a new kind of politics.

When it comes to Europe, the Leagues nationalist, xenophobic and identitarian position is clear: the party has consistently aligned itself with the likes of far-right French and Dutch leaders Marine Le Pen and Geert Wilders. On the other hand, the 5Star Movement has struggled to forge alliances. Repeatedly firmly rejected by the Greens, the Liberals and — most recently — by En Marche in the European Parliament, the party joined Nigel Farages UKIP and its virulently Euroskeptic Europe of Freedom and Direct Democracy.

What the League and the 5Stars have in common is that as populist parties they have used the shift toward identity politics as a means of appealing to voters baser instincts. This leaves an opening for liberal forces, as French President Emmanuel Macron has demonstrated in France. They can follow suit by appealing to voters equally strongly held beliefs in progressive values.

In France, Macrons rapid ascent was due in no small part to the strength of far-right leader Marine Le Pen. As the traditional parties collapsed, Macrons En Marche faced off against Le Pens National Front, which won votes by conquering the lower, nationalistic and at times xenophobic end of the cultural conversation. 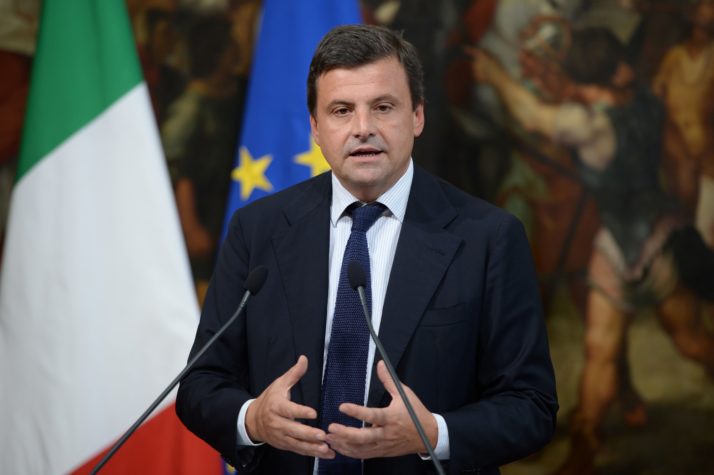 Carlo Calenda is one potential, though unlikely, Italian version of Macron | Filippo Monteforte/AFP via Getty Images

That created an opening for Macron to position himself at the upper, open and cosmopolitan end of the debate. France needed Le Pen to thrive in order for Macron to succeed.

The stage is set for the same pattern to unfold in Italy.

Populist and anti-establishment movements have coopted the cultural, identity-driven debate, becoming the only parties providing answers to fears about migration, globalization and uncertainty about the future.

The coming months and years could see new political entrepreneurs co-opt this same identity-first strategy and create a political narrative for those seeking a champion for their liberal values. There are many on the liberal side of the political spectrum who will feel left behind once populist parties take power — and a mismatch between political demand and supply makes this a key moment for political outsiders.

Mario Monti, from the most moderate center-right end of the political spectrum, tried to fill the gap when he launched a party with a radical reformist agenda in 2013. He failed, but he understood before many others that Italians are clamoring for radical change.

Matteo Renzis center-left Democratic Party (PD) — plagued by infighting and licking its wounds after its defeat in the polls — cant, for now, be a force for change. And yet, it may in time produce new figures capable of sparking a new, more reformist debate.

What Italy needs most are honest, competent individuals who can champion European values and a pragmatic approach to policymaking.

Carlo Calenda — the outgoing minister for economic development praised for his dynamism and professional competence — will be one to watch. Calenda joined the PD days after the election defeat, and is gathering young, ambitious people around him.

But in all likelihood, Italys Macron will have to come from elsewhere.

Given Italians entrenched antipathy for political parties of all colors and their deep-rooted distrust of the establishment, successful political entrepreneurs will ideally belong to neither the center left nor the center right. They will embody progressive, liberal values and bring together fresh talent and new faces.

What Italy needs most are honest, competent individuals who can champion European values and a pragmatic approach to policymaking. Most of all, the country needs a new roster of leaders from outside a political system in which most Italians have lost faith.

Matteo Garavoglia is a research associate at the Centre for International Studies at the University of Oxford.