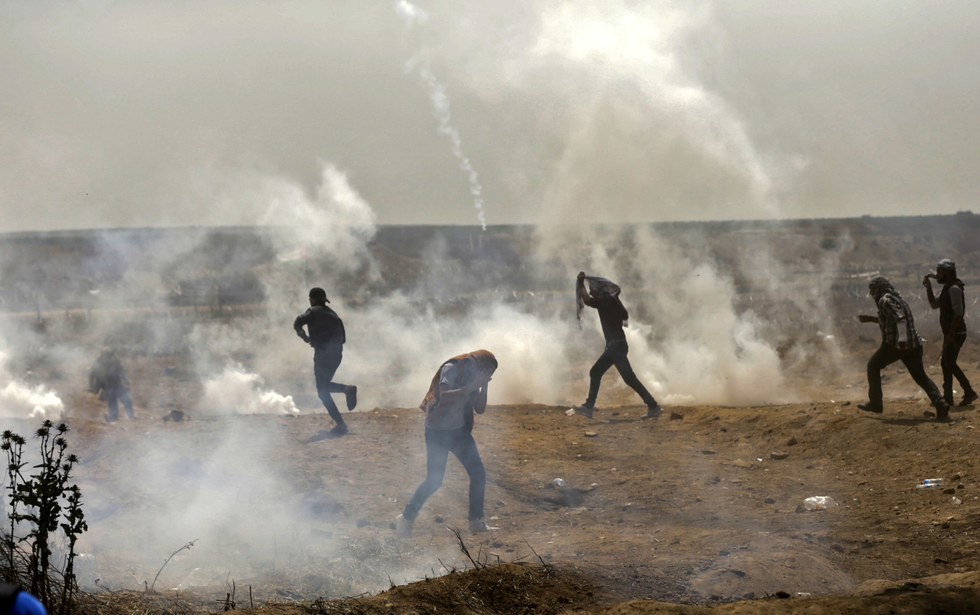 Palestinians headed into a third Friday of large-scale demonstrations in the besieged Gaza Strip, gearing up for renewed violence as 33 Palestinians have been killed and thousands wounded by Israeli forces since 30 March.

The latest casualty came on Thursday evening, when Israeli troops shot and killed a Palestinian man near the Gaza border, the Gaza Ministry of Health said. The ministry said Abdullah al-Shahari, 28, was shot in the chest east of the southern Gaza town of Khan Younis.

An Israeli army spokesperson told Middle East Eye on Friday morning that they would look into whether the army had carried out any operations near Khan Younis on Thursday evening, and said that the army “cannot comment on what is happening inside Gaza.”

A Hamas fighter, identified as Mohammed Hijaila, was killed by an Israeli strike in the Gaza Strip earlier on Thursday, the health ministry said. Israel said the air raid was in response to gunfire at an Israeli warplane carrying out earlier strikes, which in turn followed a bomb blast at Israel's fence on Wednesday.

While demonstrators have gathered at tent encampments along the border every day since the protests began, higher numbers have protested on Fridays.

An MEE correspondent on the ground said at least one demonstrator was in critical condition after being shot in the head east of Gaza City, while AFP reported that Israeli forces had wounded at least eight with live ammunition.

Tens of thousands of demonstrators in the besieged enclave, where almost 1.3 million of the small territorys two million inhabitants are refugees, have been participating in the "Great March of Return" to demand their right of return to their pre-1948 homes.

The planned six-week protest, which began on 30 March marking Palestinian Land Day, is set to end on 15 May – the 70th anniversary of the Palestinian Nakba (Catastrophe), in which more than 750,000 Palestinians were forcibly displaced by Israeli forces in 1948 Arab-Israeli war.

In the northern Gaza Strip, Sumaya Abu Awad, 36, attended the protest with her three daughters and son.

"I am from the village of Hiribya and it is my right to return to it," she told AFP, referring to a village north of Gaza destroyed in the 1948 war surrounding Israel's creation.

"I am not afraid of death because there is no life in Gaza already."

While last Friday's protest was dubbed Jum'at al-Kawshook", literally meaning "Tyres Friday", as demonstrators burned tyres to obscure the view of Israeli snipers and infantry brigade troops targeting the crowds with live ammunition, this week demonstrators were encouraged to burn Israeli flags and raise Palestinian ones.

Reports emerged on Israeli media that protesters were calling Friday "Molotov Day" and planning on throwing improvised incendiary devices in the direction of Israeli forces. However, one of the March of Return's organisers told Israeli newspaper Haaretz that "Israel is trying in every way to pin the marches on Hamas and it's very convenient for them if this action becomes violent on the Palestinian side, and that's why we won't allow it."

The Gaza Ministry of Health announced that hospitals and medical personnel were on high alert as of Friday morning to deal with the anticipated influx of casualties.

The United Nations Office for the Coordination of Humanitarian Affairs (OCHA) has raised concerns about Gazas capacity to handle thousands of wounded in the past several weeks, highlighting the besieged enclaves already strained resources.

“Gazas health sector has struggled to cope with the mass influx of casualties, due to years of blockade, internal divide and a chronic energy crisis, which have left essential services in Gaza barely able to function,” the UN agency said in a statement on Friday.

“The large number of casualties among unarmed demonstrators, including a high percentage of demonstrators hit by live ammunition, has raised concerns about excessive use of force,” it stated.

Israeli army forces have been stationed along the fence separatingt Gaza from Israel for the past two weeks, using tear gas, snipers firing live ammunition, tank shelling, and air strikes.

Palestinian demonstrators have burned tyres and thrown stones in the direction of Israeli troops. No Israeli casualties have been reported.

Organisers of the protests have maintained that the demonstration is largely peaceful, and rejected Israeli accusations that Hamas is behind the protests, saying the rallies are independent and the Islamist movement is one of many groups involved.

UN Secretary General Antonio Guterres, the European Union and others have called for an independent investigation into the killings, including that of Palestinian journalist Yasser Murtaja, who was shot while wearing a vest clearly marked “Press”.

Israel has rejected calls for a probe and insists its open-fire rules for Gaza will not change. 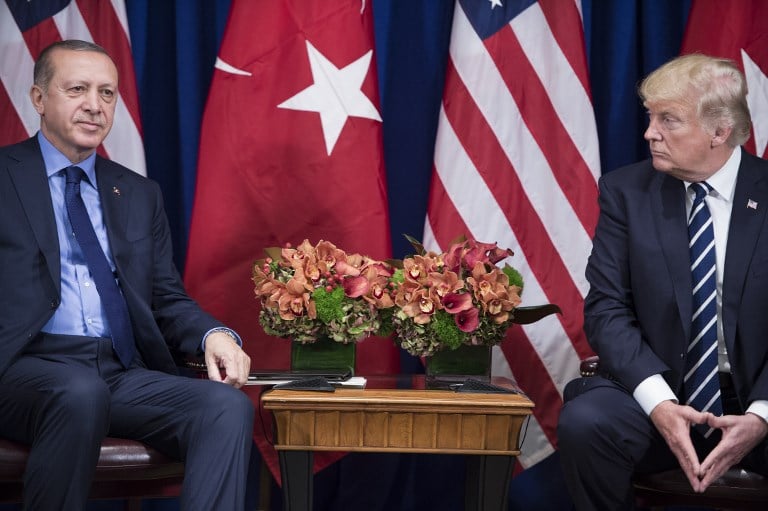 Erdogan says US sanctions on Iran go against international law 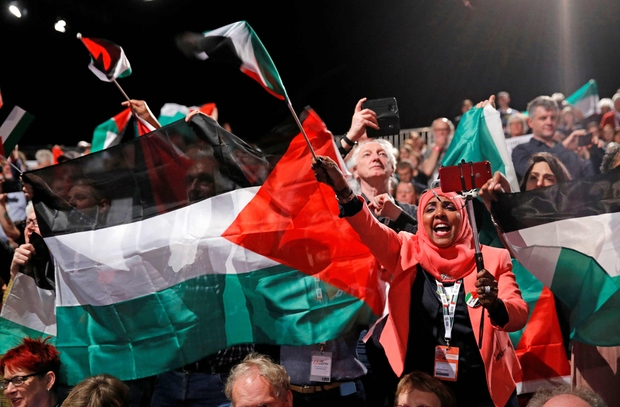 Did you hear about the anti-Semitic bomb threat at Labour conference?