The Organisation for the Prohibition of Chemical Weapons (OPCW) sent a fact-finding team to Douma, just east of Damascus, to begin work on Sunday after arriving in Damascus the night before.

"The fact-finding team arrived in Damascus on Saturday and is due to go to Douma on Sunday," Syrian Deputy Foreign Minister Ayman Soussan told the AFP news agency.

The delegation of experts from the OPCW, based in The Hague, is to investigate the alleged chemical attack on Douma, on 7 April.

Aid charities reported that more than 70 people, including children, were killed in the incident. Western powers say chemical substances, most likely chlorine and sarin, were used in the attack.

The United States, France and Britain on Saturday launched missile strikes in retaliation for the suspected chemical attack two weeks ago, targeting what the Pentagon said were three chemical weapons facilities, including a research and development in Damascus' Barzeh district and two installations near Homs.

The bombing was the biggest intervention by Western countries against Syrian President Bashar al-Assad and his superpower ally Russia, but the three countries said the strikes were limited to Syria's chemical weapons capabilities and not aimed at toppling Assad or intervening in the civil war.

Assad, who met with Russian lawmakers in Damascus on Sunday, said that the missiles strikes were an "act of aggression," Russian news agencies reported.

"From the point of view of the president, this was aggression and we share this position," Russia's TASS news agency quoted lawmaker Sergei Zheleznyak as saying after the meeting.

The Syrian president was in a "good mood" and continuing his work in Damascus, agencies cited the lawmakers as saying, and praised the Soviet-era air defence systems used by Syria to help to repel the Western attacks.

The US and its allies stressed that the purpose of the attack was to deter the further use of chemical weapons and was not aimed at altering the course of the multi-sided war that has killed at least half-a-million people or about regime change.

"We believe that by hitting Barzeh in particular we've attacked the heart of the Syrian chemicals weapon programme," Lieutenant General Kenneth McKenzie said at the Pentagon.

US President Donald Trump called the operation a success on Twitter and proclaimed: "Mission accomplished."

A US official told the Reuters news agency on Sunday that there was "information" that showed that both sarin and chlorine were used in the attack.

"We assess that both sarin and chlorine were used in the attack," the official said.

Soussan, the Syrian deputy foreign minister, repeated a pledge by the Syrian government that the chemical experts would be allowed to investigate unimpeded.

"We will ensure they can work professionally, objectively, impartially and free of any pressure," he said.

The alleged attack, which the Syrian government and its ally Russian deny happened, prompted missile strikes by the United States, France and the UK early on Saturday.

A total of 105 missiles were launched from ships, submarines and aircraft, striking two sites near Homs and in Damascus which are believed to have been part of Syrias chemical weapons programme.

At an emergency meeting of the United Nations Security Council on Saturday, Russias envoy, Vassily Nebenzia, criticised the US and its allies for not waiting for the OPCW team to carry out its investigation.

The US, UK and France circulated a joint draft resolution at the Security Council meeting calling for independent investigation of allegations of chemical attacks in Syria with the aim of identifying the perpetrators.

In November 2017, Russia used its veto three times to bury a previous UN-led inquiry that found Syrian forces had used sarin in the attack on Khan Sheikhun in April 2017.

The measure would instruct the OPCW to report within 30 days on whether Syria has fully disclosed its chemical weapons stockpile.

Here's what we know about the American, British and French strikes in Syria https://t.co/lf9QZAhoRPpic.twitter.com/gKlaam00yn

The West has accused Syria of failing to live up to its commitment to scrap its chemical weapons programme, under a deal reached between the United States and Russia.

UN Secretary-General Antonio Guterres urged all Security Council members to exercise restraint and avoid escalation in Syria, but he said allegations of chemical weapons use demand an investigation.

"With the joint operation by US, UK and France on Saturday, the Syrian regime received the message that its massacres wouldn't be left unanswered," Erdogan told his ruling AK Party supporters in an Istanbul meeting.

"The innocent Syrian people should have been defended long ago," Erdogan added.

The political fallout of the strikes continued on Sunday in the UK as the government and opposition parties debated the necessity and legality of the strikes.

Prime Minister Theresa May has been criticised for not allowing parliament to debate the strikes.

Speaking on British television, British Foreign Secretary Boris Johnson threw his weight behind May's decision to take part in the attack, saying it was the right thing to do to deter further use of chemical weapons.

"There is no proposal on the table at the moment for further attacks because so far thank heavens the Assad regime have not been so foolish as to launch another chemical weapons attack," he told the BBC's Andrew Marr Show.

"If and when such a thing were to happen, then clearly with allies we would study what the options were."

Johnson said the effectiveness and speed of the operation was the government's main concern and the reason it could not wait until Monday, when the British Parliament next meets, to debate the issue.

"The world said enough to the use of chemical weapons”@BorisJohnson says the purpose of the attacks was to send a message to Syria #marrpic.twitter.com/qdEpFayELB

His comments appeared in line with those of US ambassador to the United Nations, Nikki Haley, who said at an emergency meeting of the UN Security Council that Trump told her that if Syria uses poisonous gas again, "The United States is locked and loaded."

But British opposition leader Jeremy Corbyn said that the legal basis used to support the British role was debatable, adding that he would only support action backed by the United Nations Security Council.

"I say to the foreign secretary, I say to the prime minister, where is the legal basis for this?" Corbyn said.

"The legal basis … would have to be self-defence or the authority of the UN Security Council. The humanitarian intervention is a legally debatable concept at the present time," he said in an interview with the BBC on Sunday. 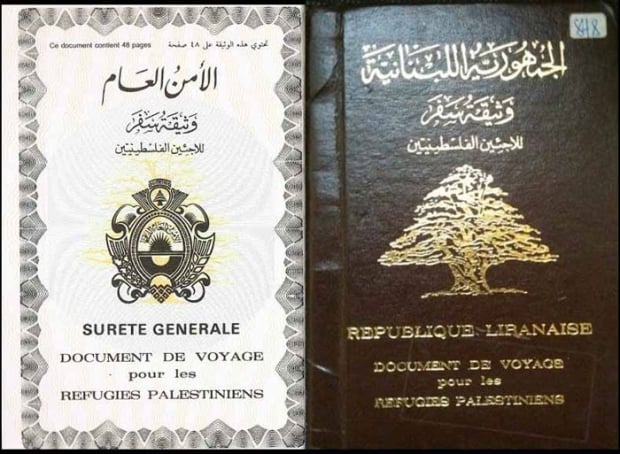