While the number of US weapons used against Syria doubled in Saturday's air strike versus that of April 2017, the number of Syrian refugees admitted into the country has been dramatically diminished.

Only 11 people from Syria have been granted refugee status in the US in 2018, State Department figures show.

While President Donald Trump repeatedly expressed sympathy for Syrian civilians in the lead-up to the military action, he appears to have shut his country's gates to those trying to flee the conflict.

"If President Trump really cares about the suffering of the Syrian people, he wouldn't bomb them – he would rescue them, with a robust refugee program and massive humanitarian relief," Democratic Senator Chris Murphy said in a statement on Saturday.

Trump has called his Syrian counterpart Bashar al-Assad an "animal" over the alleged chemical attack that killed dozens in Douma on 7 April.

If Trump really cared about the Syrian people, America wouldn't bomb them. We would rescue them.

"Many dead, including women and children, in mindless CHEMICAL attack in Syria. Area of atrocity is in lockdown and encircled by Syrian Army, making it completely inaccessible to outside world," Trump tweeted on 8 April.

Still, critics accuse Trump of contributing to the misery of the very same Syrians whom he claims to be defending.

Trump has introduced three "Muslim ban" executive orders that listed Syria. Moreover, he has significantly curbed the overall number of refugees admitted into the United States.

During his election campaign, Trump made stoking fear of Syrian refugees a major talking point in his appeal to right-wing voters.

"I'm putting people on notice that are coming here from Syria as part of this mass migration, that if I win, they're going back," he said in a rally in 2015.

Numbers suggest that he has translated that rhetoric into policy.

In the first year of the Trump administration, 2,002 refugees were admitted into the US, compared with 16,419 in Barack Obama's final year.

The numbers say it all. If #Trump really cared about #Syrian people, hed let in more #Refugeespic.twitter.com/xTUdtZXSKX

Ibrahim Hooper, spokesman for the Council on American Islamic Relations, said the dwindling number of arrivals of Syrian refugees points to a racism-driven policy to block immigrants from coming to the United States.

"It's ironic that the president claims to be defending the Syrian people from a brutal dictator, while at the same time refusing to allow those targeted by the brutal dictator to enter the country. It's a real double standard," Hooper told Middle East Eye.

Earlier this month, the White House froze $200m in recovery funds for Syria.

The rights group also took the opportunity to call for welcoming Syrians fleeing the war.

"Millions have fled Syria to escape violence and persecution," Amnesty said in a statement. "The Trump administration must not turn its back on the suffering of men, women, and children by continuing to ban refugees from entering the United States. It is time for the US to reopen our doors to people trying to escape from the violence in Syria."

The American Civil Liberties Union called the strikes illegal because Trump did not seek Congressional approval before taking military action.

"President Trump is invoking the Syrian governments killing of helpless men, women, and children — beautiful babies, as he says — when his own Muslim travel ban would exclude those very people from the refuge of the United States," Hina Shamsi, director of the ACLU National Security Project, said in a statement.

Trump's professed disdain for Syrian refugees raised questions over his motives behind the US military push against the Syrian government.

The White House has been plagued with scandals. Just five days before the strike, the FBI raided the office of Trump's personal lawyer Michael Cohen in a strong indication of suspected criminal activity.

"I dont want to say this raid is meant to distract from his other problems, but its called Operation Desert Stormy," liberal commentator Bill Maher joked shortly after the strike.

However, Ronald Stockton, a political science professor at the University of Michigan-Dearborn, said the number of refugees allowed into the US and the attack against the Syrian government are "disconnected issues."

"They're totally separate," he told MEE.

He explained that while the security apparatus made the decision on the air strikes, right-wing White House advisers focused on domestic issues are driving the refugee policies.

He acknowledged that the two strategies may appear "inconsistent", but said top military and national security officials would not have agreed to the strike simply to distract the public from Trump's other troubles. 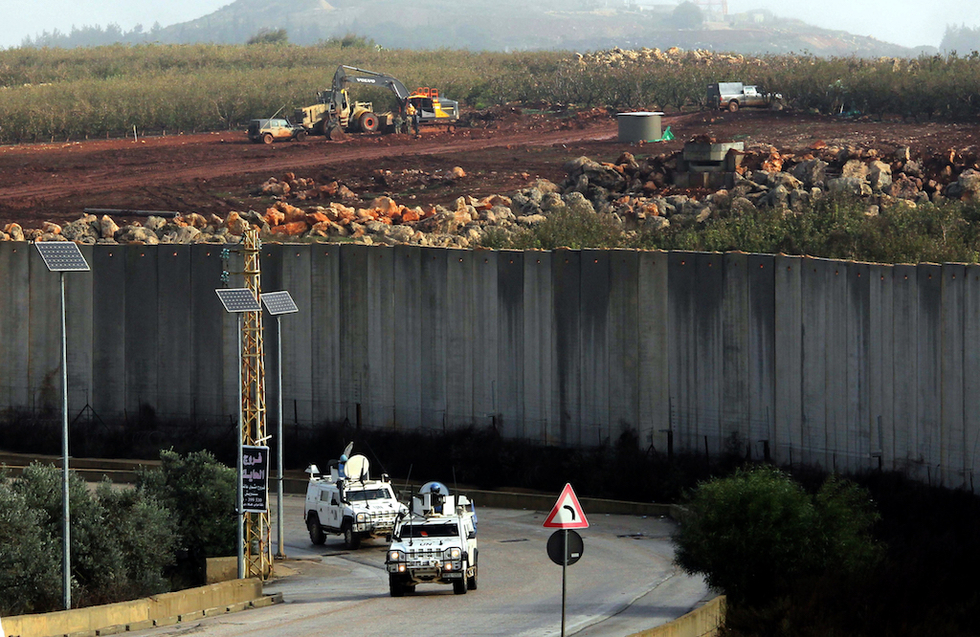