"I am telling those in the White House that if they do not live up to their commitments, the Iranian government will react firmly," Rouhani said in a speech broadcast live on state television.

"If anyone betrays the deal, they should know that they would face severe consequences."

'The day we will have finished this war against ISIS . . . we will leave the floor to the Iranian regime, Bashar al-Assad and these guys'

France and other European nations are battling to save the complex nuclear deal with Iran, which Trump will scuttle if he refuses to waive sanctions against Tehran by a 12 May deadline.

Iran has said it is ready to relaunch its nuclear programme – which the West suspects is designed to produce a bomb – if Trump kills the deal.

European officials say Trump's demand to reopen the deal are impossible, and are scrambling to address his concerns on Tehran's missile testing, inspections and the government's behaviour in the region.

There is growing frustration in European capitals that Trump's stubbornness over the Obama-era agreement is diverting attention away from other pressing issues.

In an interview broadcast on the eve of his arrival, French President Emmanuel Macron went on Trump's favourite television channel, Fox News, to make his pitch.

"If you make war against everybody," said Macron, who began a three day visit to the US on Monday, "trade war against Europe, war in Syria, war against Iran – come on – it doesn't work. You need allies. We are the allies."

Macron will also be keen to temper Trump's instinct to precipitously pull the US military out of Syria, amid cooperation in fighting the Islamic State group and coordinated strikes on chemical weapons installations operated by Damascus.

"I think the US role is very important to play," he said.

"Why? I will be very blunt. The day we will have finished this war against ISIS, if we leave, definitely and totally, even from a political point of view, we will leave the floor to the Iranian regime, Bashar al-Assad and these guys."

Don’t give up on Syria, aid groups say in push to raise $6bn 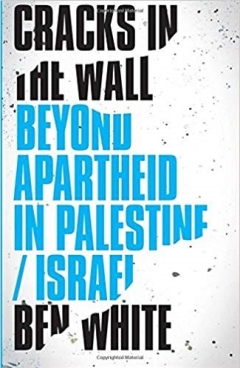 REVIEW: An important guide to the Israeli-Palestinian conflict