US President Donald Trump has proven that it only takes 100 missiles to win over an elite.

The latest US-led attack on Syria was swiftly applauded by NATO. The readiness to endorse that show of force could be interpreted as an improvement in relations. During his election campaign, Trump had dismissed the alliance as "obsolete".

That insult caused a degree of consternation among the trans-Atlantic establishment. After taking up residence in the White House, Trump decided to recant. He is now eager to strengthen this "obsolete" body.

No doubt, that is largely because the US dominates NATO. On his inauguration day, Trump effectively became commander-in-chief of all its 29 – mostly European – nations. NATO's shiny "eco-friendly" headquarters near Brussels' main airport are a monument to US hegemony.

Trump is in many respects unconventional. No previous president saw Twitter as the ideal tool for taunting adversaries. Yet his insistence that NATO bolster its capabilities follows a long-written script. Robert Gates, who served as defence secretary under both George W Bush and Barack Obama, was similarly adamant that Europe increase its military spending.

The argument has been packaged as one of making "freeloaders" cough up some cash. Reporters regurgitating that line have not paused to question Americas motives. Is this a genuine case of encouraging European autonomy? Or is it a ploy to drum up business for the weapons industry?

Raytheon supplied the Tomahawk missiles recently fired on Syria. The Massachusetts-based firm meddles a great deal in European affairs. Whenever corporate-funded think-tanks host discussions on "defence," there is a strong likelihood that Raytheon's representatives will feature prominently. Libyans pick up what is left of their belongings as they inspect their apartments in a residential compound reportedly hit by NATO airstrikes on 10 November, 2011 (AFP)

One of Raytheon's points is that every NATO country "must share the burden". It is a contemptible argument. While America leads the West in terms of military expenditure, it has been slashing education budgets.

In this context, "burden-sharing" is a fancy way of saying that Europe should ape America – a nation which perverts its priorities. NATO planners have stated that they wish the alliance to be capable of undertaking two major and six smaller operations simultaneously. Such thinking could have profound implications for the Middle East, where many of NATO's activities have been conducted.

The recent strikes on Syria were not formally carried out by NATO but by its three most powerful members: the US, Britain and France. The haste with which the alliance cheered at this belligerent act may nonetheless signal a willingness for NATO to bomb Syria at a later date. The alliance has, after all, previously assumed responsibility for the war that the US began waging against Afghanistan in 2001.

NATO's assault on Libya was – by the standards set by the post-Holocaust Nuremberg trials – a war of aggression and, therefore, fundamentally unlawful

The invasion of Iraq less than two years later was opposed by several NATO countries, notably France and Germany. The opposition was not sustained long enough to prevent NATO from participating in the occupation.

In 2004, NATO deployed a training mission ostensibly aimed at helping the interim Iraqi government build up a new security force. In practice, it was difficult – and arguably impossible – to distinguish this mission from the US army that destroyed Iraq. American personnel also took charge of the NATO operation.

Perhaps NATO's most criminal endeavour to date was its offensive against Libya, starting in 2011. The conduct of that war undermines the efforts by NATOs in-house propagandists to depict it as altruistic.

A war of aggression

Evidence gathered by human rights groups indicate NATO was not in the least bothered by how its troops repeatedly killed civilians. Nor was it overly exercised by the wanton cruelty of the "rebels" that it aided in order to topple Muammar Gaddafi's government. NATO's assault on Libya was – by the standards set by the post-Holocaust Nuremberg trials – a war of aggression and, therefore, fundamentally unlawful. The chaos unleashed in Libya and the wider region looks like the kind of recipe favoured by Trump's new national security advisor, John Bolton, a man whose default position is to threaten any country he views as insufficiently obsequious.

Yet NATO is not supposed to be a neocon plaything. Its key strategic document was drawn up through a process overseen by Madeleine Albright, Americas secretary of state under that suave liberal Bill Clinton. Albright has lately been warning about the dangers of fascism. Fawning interviewers have not reminded her of how she once remarked that the deaths caused by denying medicine to Iraqi children was a price worth paying.

The findings of Albrights aforementioned reflection were issued in 2010 – a year before the assault on Libya. They included a recommendation that any disruption to the West's energy imports may require an "appropriate response". By raising fees and taxes, Gaddafi was a "problematic partner" for the oil industry, in the words of The New York Times. That offers a far more plausible explanation for why NATO decided he should go than the alliances professed desire to spread freedom.

NATO's declared commitment to liberty sits uncomfortably with how it has repeatedly assured the increasingly autocratic Recep Tayyip Erdogan that Turkey is a valued member of the alliance. NATO's wish to promote the rule of law is similarly at odds with its deepening cooperation with Israel.

Avigdor Lieberman, Israel's defence minister, has insisted over the past few weeks that every man, woman and child in Gaza is a legitimate target for snipers and drones. NATO's silence regarding that attempt to justify the gunning down of Palestinian protesters betokens a business-as-usual approach. Israel will be able to continue taking part in NATO exercises.

The bureaucracy of NATO is headed by Jens Stoltenberg, a Norwegian social democrat widely praised for his cool-headed response – in his then capacity as prime minister – to the 2011 massacres committed in and near Oslo by Anders Behring Breivik.

Widening gap between NATO's deeds and discourse on Syria

Stoltenberg has learned that he is expected to express views that probably would not have been popular at the left-wing summer camp, where most of Breivik's killings occurred.

Earlier this month, Stoltenberg argued it was "absolutely necessary" for America to keep its nuclear weapons. The codes for those weapons are now available to a president who can"t control his temper on Twitter. That is truly frightening. But Stoltenberg would not dare to say so. His job requires him to work under Trump's thumb.

– David Cronin is a journalist and activist living in Brussels. His book Balfour's Shadow: A Century of British Support for Zionism and Israel is published by Pluto Press. He is also the author of Europe's Alliance With Israel: Aiding the Occupation (Pluto, 2011) and Corporate Europe: How Big Business Sets Policies on Food, Climate and War (Pluto, 2013).

Photo: US President Donald Trump speaks in Brussels after a meeting with NATO chief Jens Stoltenberg in May 2017 (AFP)

Hamas accuses PA over bomb attempt on its own premier 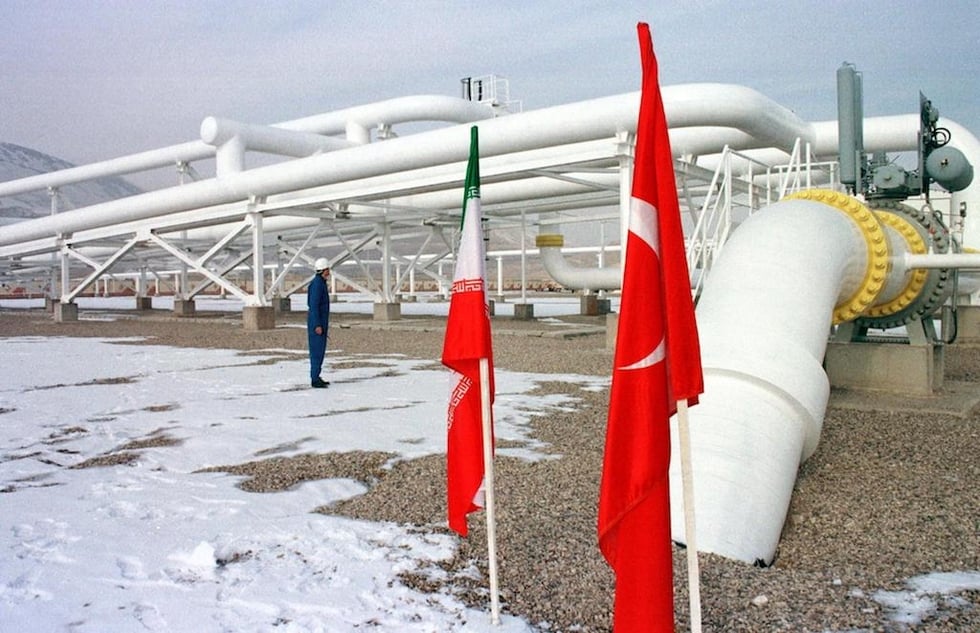 Turkey and Iraq to get exemptions from US sanctions on Iran: officials