Screams fill the air as a second gunshot is heard. Then, a muffled male voice whispers as police sirens draw near.This is from an audio recording that Ayesha Begum, a Bangladeshi mother of two, released last week. CNN hasn't been able to verify it.Begum says the 15-minute recording captures the last moments of her husband Akramul Haque on May 27 in Cox's Bazar as she spoke to him by phone from another city.A local official, Haque was shot dead by Bangladesh's Rapid Action Battalion (RAB), an elite crime-fighting unit. Authorities say he was a drug dealer. His family maintain he was a district leader who had spoken out about the narcotics trade. Haque is just one of the 130 people who have been killed in the last three weeks by law enforcement agencies in Bangladesh, the United Nations said, as the country cracks down on the drug trade. Begum is demanding a judicial probe into the death of her husband."(My daughters) they lost their father," she added. 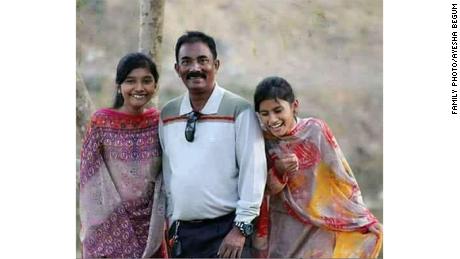 Bangladesh has been struggling with a narcotics problem for years, with amphetamines flooding the market and dealers targeting young people. On May 15, the Bangladeshi government launched an unprecedented drive to clean the streets of dealers and suppliers. Some 15,000 people have been arrested in nationwide raids in just the past three weeks, Sahely Ferdous, Bangladesh Police told CNN.The campaign has been likened to President Rodrigo Duterte's brutal drug war in the Philippines and human rights group have accused the government of extrajudicial killings.They want Prime Minister Sheikh Hasina's government to halt the anti-drug drive and provide each citizen with due process. 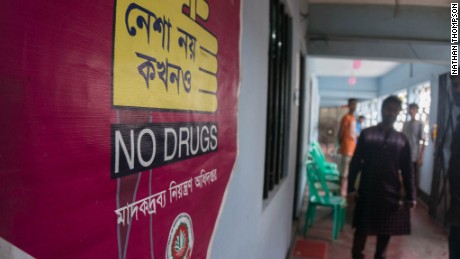 "You must look at the human rights of all these people so that no innocent people is victimized, so that the people who are also involved in the drug process this should be looked from the human rights perspective, this should be done as per the constitution," said Kazi Hoque, Chairman of National Human Rights Commission.Yaba, a combination of amphetamine and caffeine is a favorite amongst new users. In a country where alcohol is prohibited for the Muslim population, drugs provide a release, albeit a dangerous one.According to a 2016 government report, the latest available figures, more than 29 million Yaba pills were seized in 2016, compared to just 1.3 million pills in 2011. Much of it comes from across the border in Myanmar, where efforts to control the border have not been fruitful.

The UN High Commissioner, Zeid Ra'ad Al Hussein, issued strong a condemnation of the Bangladesh government. He said the government's anti-narcotics drive was dangerous and indicative of a "total disregard for the rule of law.""Given the large number of people arrested, there is a high likelihood that many people may have been arbitrarily detained, without due regard for their rights," added Hussein. Human Rights Watch (HRW) issued a statement Wednesday, asking the Bangladesh government to order an independent investigation into allegations of extrajudicial killings. "Until this spate of killings is independently investigated and proper procedures are put in place to protect the public, the campaign should be suspended," said Brad Adams, HRW's Asia Director. 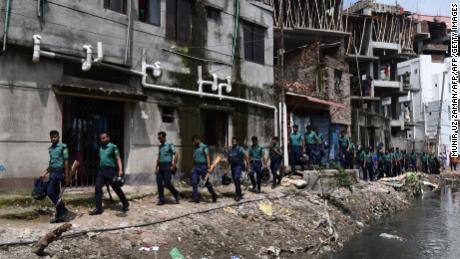 The US ambassador to Bangladesh, Marcia Bernicat, has also spoken on the importance of due process in drug enforcement. "In our societies, we are innocent until we're proven guilty. So, everyone should be afforded that right," Bernicat said last week.However, Prime Minister Sheikh Hasina and Bangladeshi authorities say they don't have any plans to halt the crackdown. 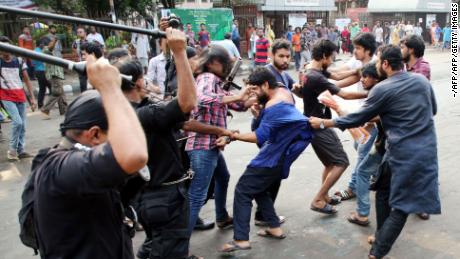 "You might think that this is a violation of human rights but when an incident like this happens we try to focus on the wrongdoers," she said last week during a public address."Out of all these incidents, could you show me one innocent person who has gotten stuck in the middle?"Bangladesh Home Minister Asaduzzaman Khan told CNN this week that the anti-drug campaign will continue until the problem was under control. A few dozen people attended a rally Wednesday to protest against the allegedly extrajudicial killings that have taken place in the past three weeks. Police detained a high-profile activist Imran H. Sarkar for seven hours after he tried to organize a human chain in Dhaka's Shahbag neighborhood. 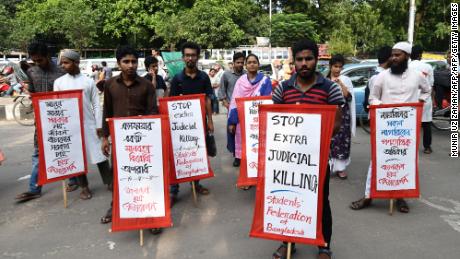 Kamrul Islam, 35, was gunned down on May 25 and was listed as a high profile drug peddler and is accused of 15 cases of drug possession and illegal possession of firearms. However, he wasn't convicted. Islam ran a small makeshift food business on the side of the street, near a bus terminal, in Dhaka. With barely any money to buy food, Islam was the only bread-winner in the family.His wife, Taslima acknowledged that he had been involved in dealing drugs but had quit after their first daughter was born, 10 years ago."We had a happy conjugal life since then and we were blessed with two more daughters," said Taslima."Now we are completely helpless. We did not get compensation from anybody. "