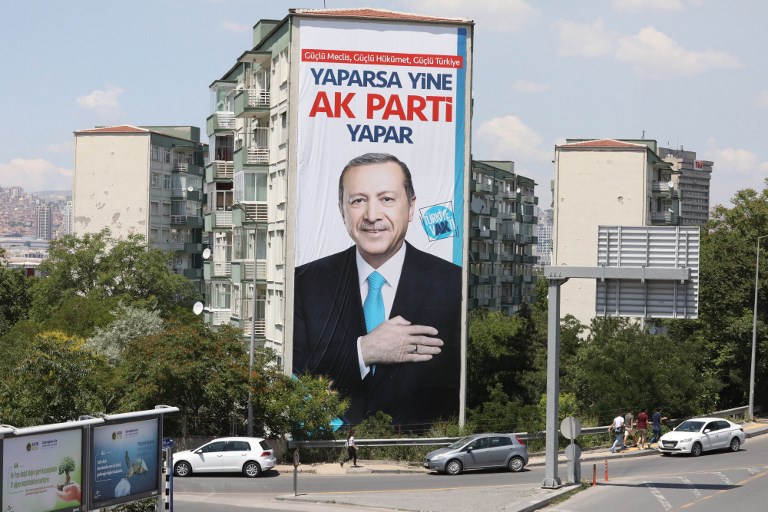 Turkey's state of emergency, in place since a failed coup two years ago, could be lifted after elections this month, President Recep Tayyip Erdogan said on Thursday.

The Turkish leader, who is facing stiff opposition for presidential and legislative polls on 24 June, has previously insisted that the emergency measures would not be lifted until the "terrorist" threat is completely eliminated from the country.

"After the elections, we will discuss the state of emergency in detail and there could be the question of lifting it," Erdogan said during a televised interview broadcast late on Thursday.

Turkish courts have so far handed jail terms to more than 2,000 suspects over the failed 2016 coup aimed at unseating Erdogan, a government minister said earlier this week.

Thousands of people including soldiers, police officers and judges have been arrested in a broad crackdown since the attempted coup.

Tens of thousands of people have also been suspended or sacked from the public sector including teachers, police officers and judges under decrees imposed under the state of emergency.

The opposition has accused Erdogan of using the state of emergency to silence critics.

Erdogan, who has dominated Turkish politics since 2003 as prime minister and now president, is favourite to win a second presidential mandate this month with the enhanced powers agreed in last year's referendum.

But analysts say his ruling Justice and Development Party (AKP) could lose its overall majority to an opposition alliance.

How Israel upholds security of apartheid