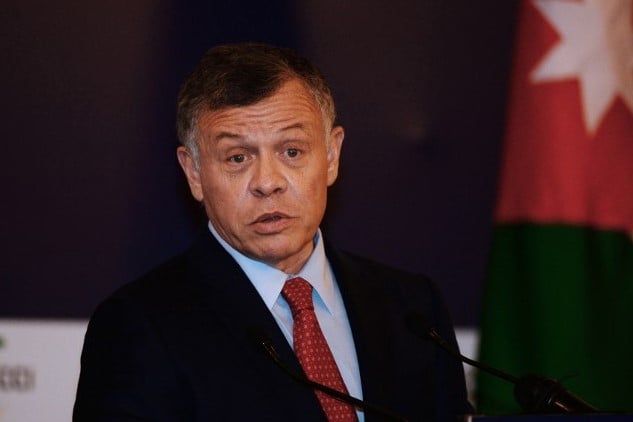 Leaders of one of Jordan's most powerful tribes have threatened to "shake the pillars of the Jordanian state" unless a prominent opposition figure arrested for calling for political change is released within hours.

At a press conference late on Sunday, the son of Fares al-Fayez said members of the Beni Sakhr tribe would block the main road between Amman and Madaba and disrupt flights from Jordan's main airport unless his father was released.

Fares al-Fayez was arrested on Saturday after footage of a speech he made last week to protesters, in which he was highly critical of King Abdullah II, was widely shared on social media.

"We would shake the pillars of the Jordanian state," Muhjem al-Fayez said at a news conference in Madaba, adding that he would accept his father's arrest if Jordanian authorities also arrested 10 prominent figures accused of corruption.

Fares al-Fayez was arrested on Saturday on charges of seeking to 'overthrow the regime' pic.twitter.com/YzDCtMXhLZ

Madaba, which is about 30 kilometres south of Amman and close to the Queen Alia International Airport, is considered to be Beni Sakhr's hometown.

Is the Arab Spring still alive in Jordan?

Jordan has been shaken by days of street protests triggered by rising prices and proposed economic reforms – some of which have now been withdrawn -that would have led to higher income tax rates in the kingdom.

On Sunday, Saudi Arabia, the United Arab Emirates and Kuwait offered $2.5bn in aid to Jordan amid concerns that protests in the country could spill over into other Gulf peninsula states.

But Fayez's speech and the tribe's ultimatum to authorities is a sign the protests were not solely driven by economic concerns but by dissatisfaction with the king himself.

Fares al-Fayez, a well-known academic and member of the second largest tribe in Jordan after Beni Hassan, was arrested on charges of seeking to "overthrow the regime" and is currently being held in Amman's Marka prison.

In his speech, al-Fayez accused Jordan's King Abdullah II of acting like a "demigod" and called for a change to Jordan's political system to a constitutional monarchy.

"We want to change the political formula. We will not accept you [King Abdullah] as a king, prime minister, defence minister, police chief and governor. You are everything. You became a demigod, according to this constitution, and we are slaves," al-Fayez said.

'We will not accept you as a king, prime minister, defence minister, police chief and governor' – Fares al-Fayez

Under Jordan's current constitution, the king holds all of the main positions of authority in the state.

King Abdullah's Hashemite tribe originated from the al-Hijaz region in modern-day Saudi Arabia, but were pushed out by the al-Sauds in the 1920s after years of conflict in the Arabian Peninsula.

The Hashemites were welcomed by other tribes in Jordan after the First World War and were instated as the country's ruling family with British military and political support.

Translation: The arrest of the political activist Fares al-Fayez

"You caused us injustice in our country. Leave us," al-Fayez said at the end of his speech.

He also harshly criticised Abdullah as a "gambler" and described his wife Queen Rania as a "Satan".

"She came with her family as refugees from Kuwait, and now they own millions. She and her family looted the country," al-Fayez said.

Queen Rania comes from a Palestinian family that was exiled by Kuwaiti authorities after the Palestine Liberation Organisation (PLO) endorsed Iraq's invasion of the Gulf country in 1990.

"We welcomed you in our country, and now you loot our country resources?" he said, adding that the Jordanian people "accuse" King Abdullah over the miserable economic situation many Jordanians now faced.

"You did not give a speech to explain what's happening. You are accused. Where are you? We do not know where you are. One day you are in Jordan and the next day gambling in South Africa or Las Vegas… You even taught many official figures to gamble. We saw the president of parliament gambling and others," al-Fayez said.

King Abdullah has in the past denied indulging in gambling, which is illegal in Jordan, but in 2011 his government was reported to have approved a project, subsequently abandoned, to build a casino complex on the Dead Sea shore.

Al-Fayez also said that Jordan had sold off shares of its natural resources, such as phosphate, and the country's only sea port, Aqaba, on the Red Sea.

How Jordan brought its economic woes on itself

"Is there a country that sells the only seaport that it has?" he added.

Al-Fayez has long been a fierce critic of the Jordanian government and King Abdullah II. He was outspoken during the 2011 Arab Spring protests that took part in Jordan.

Thousands of Jordanians have been protesting since 30 May against a proposed law to hike taxes at a time when the cost of living is already high.

The protests were one of the largest in recent years, and saw many Jordanians, from doctors to journalists to bankers, demand that the income tax law proposed earlier this month be scrapped.

Protests took part in Amman and in major districts such as Al-Salt, Al-Zarqaa and Madaba. Demonstrations stopped in the capital when a new prime minister was appointed last week and withdrew the draft tax law. 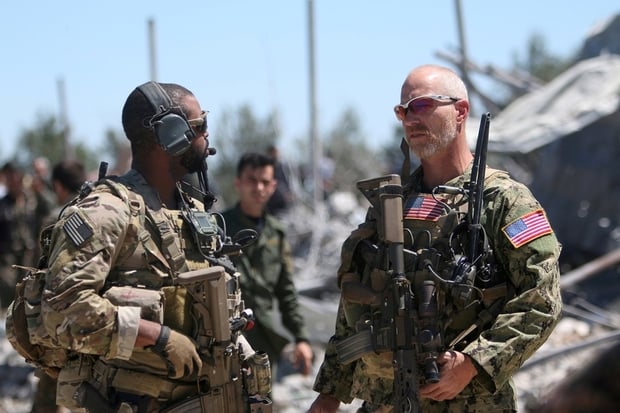 US warns Turkey against ‘unilateral action’ on Kurdish fighters in Syria