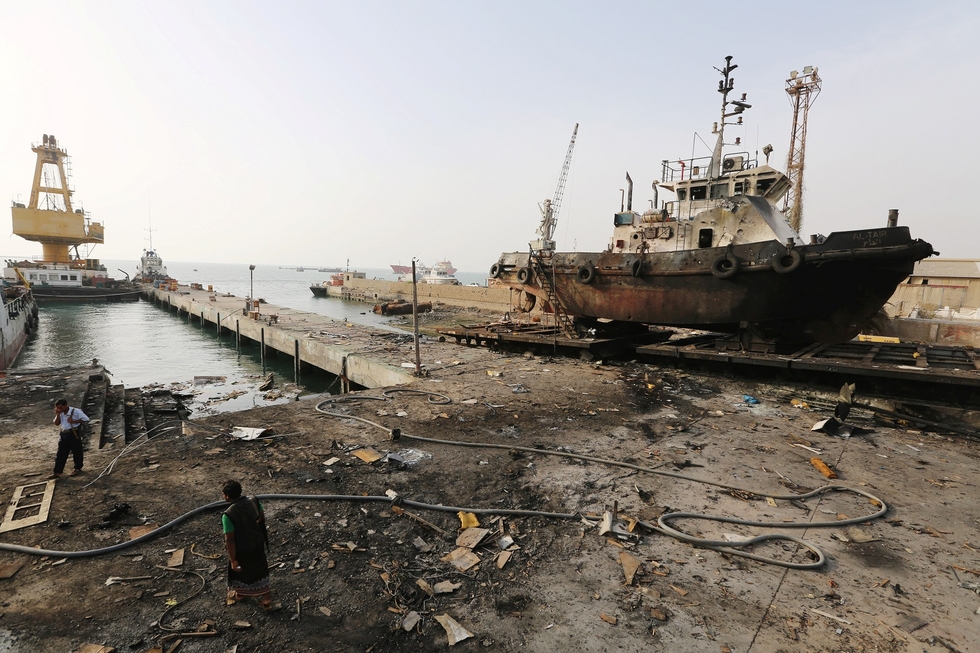 The United Nations Security Council on Monday backed a high-stakes mission by a UN envoy to avert an attack by the Saudi-led coalition on a key port in Yemen that provides a lifeline for humanitarian aid.

The council met behind closed doors to hear UN envoy Martin Griffiths report on his diplomatic efforts to keep the rebel-held port of Hodeidah open to shipments of aid and commercial goods.

Britain requested the urgent talks after telling aid agencies on the ground that it had received a warning from the United Arab Emirates that an attack was imminent.

"We are, at the present moment, in intense consultation," UN Secretary-General Antonio Guterres told reporters on Monday. “I hope that it will be possible to avoid a battle for Hodeidah.”

Following the closed-door meeting, Russian Ambassador Vassily Nebenzia, who is council president this month, called for de-escalation and said the top UN body would be "closely" following developments.

"We are hoping for the efforts of the special envoy to bring a positive resolution. We left it in his hands for the time being," Nebenzia told reporters.

The United Nations has warned that up to 250,000 people are at risk if the coalition moves ahead with an all-out offensive to take over the port, which is a major entry point for commercial supplies and aid.

UN aid chief Mark Lowcock, who also briefed the council, said an attack on Hodeidah would be "catastrophic" and that aid agencies were hoping to "stay and deliver" in Yemen, which the the UN describes as the world's worst humanitarian crisis.

Yemen relies on imports for 90 percent of its food and 70 percent of those transit through Hodeidah, Lowcock said.

The coalition backing Yemen government troops has been closing in on Hodeidah after accusing Houthi rebels of smuggling weapons through the port.

US Secretary of State Mike Pompeo on Monday called on all parties "to honour their commitments to work with the UN".

He said in a statement that he had spoken with leaders of the United Arab Emirates and "made clear our desire to address their security concerns while preserving the free flow of humanitarian aid and life-saving commercial imports".

The battle for Hodeidah: Saudis plan to pull the plug on Yemen's life support

"But we are also worried about the humanitarian situation," he said.

Griffiths is set to present a new peace plan for Yemen on Monday, but he has warned that military action could derail that effort.

Eleven humanitarian aid agencies, including Oxfam and Save the Children, separately wrote to British Foreign Secretary Boris Johnson urging him to warn the coalition that it will lose British support if it attacks Hodeidah.

"If an attack does take place, casualties on all sides will be high with a likely catastrophic impact on the civilian population," they wrote.