The UK is the only country in the EU to suffer a drop in the number of direct flights within the last year, according to new findings from an airline industry body.

Heathrow Airport also slipped from second to third in the European airport rankings for direct connectivity, with Frankfurt Airport taking the top spot after pushing Amsterdam Schiphol into second place.

Read more: Heathrow could be facing tough times ahead amid High Court claim

The Airport Councils International (ACI), which represents the worlds airport authorities and carried out the rankings, said that a lack of capacity was to blame for the slump in British airline performance, as direct air services fell by 0.8 per cent from last year.

Such troubling warnings come ahead of a vote later this month on the future of Heathrows proposed third runway, which advocates hope will deal with the rising demand for air travel.

Frankfurt also remained the best airport in the world for connecting flights between airports, having increased its hub connectivity by 12.8 per cent since 2017.

The German airport is followed by Amsterdam Schiphol, Dallas Fort Worth, Paris CDG and Atlanta, which is the busiest airport in the world.

Theresa May defiant as Brexit rebels fight on over bill 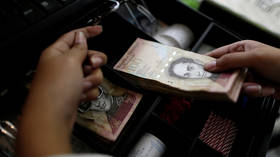