In this photograph taken on April 24, 2018, an unidentified injured person is carried by others at the Everest Base Camp near Namche Bazar

LUKLA, Nepal: Tourists hiking in Nepal's Himalayan mountains are being pressured into costly helicopter evacuations at the first sight of trouble by guides linked to powerful brokers who are making a fortune on "unnecessary rescues", industry insiders say.

Dodgy operators are scamming tens of thousands of dollars from insurance companies by making multiple claims for a single chopper ride or pushing trekkers to accept airlifts for minor illnesses, an investigation by AFP has revealed.

In other cases, trekking guides, promised commission if they get tourists to return by chopper, are offering helicopter rides to tired hikers as a quick way home, but billing them as rescues to insurance companies.

The practice is so rampant helicopter pilots are reporting "rescuing" tourists who appear in perfectly fine health.

"It's a racket that's tantamount to fraud, and it's happening on a large scale throughout Nepal," said Jonathan Bancroft of UK-based Traveller Assist, which carries out medical evacuations in Nepal on behalf of global travel insurance companies.

Trekking outfits stand to make more in kickbacks from evacuating a hiker by helicopter than the cost of the trek itself, contributing to an alarming rise in rescues from Nepal's biggest tourist attraction: the fabled Himalayas.

Traveller Assist said 2017 was the most expensive year on record for travel insurance companies covering tourists in Nepal due to a startling number of helicopter rescues – though this year is on track to beat it.

There is no centralised dispatch centre for helicopter flights in Nepal making it difficult to know precisely how many evacuations are carried out.

But over the past six years the skies of the Everest region have turned into a helicopter highway, with a six-fold increase in the number of choppers in the air, each logging over 1,000 flying hours per year, according to industry data.

"We used to see maybe one helicopter in two or three days. Now we are seeing 10 or so in a day," said Thanishwar Bhandari, who works as a small clinic in the Everest region.

Meanwhile, one foreign pilot, who requested anonymity, said he rescued trekkers on a near daily basis in April and May this year, peak trekking season.

"I think I took three people the whole season who appeared genuinely ill," he told AFP.

Australian trekker Jessica Reeves was urged by her guide to be evacuated by helicopter from near Everest base camp in October 2017 when she complained of a common cold.

"He kept telling me to get a helicopter," Reeves told AFP. "They said if I keep going it would be really risky so it was better to leave now instead of risking it."

Reeves said nine or 10 hikers in her group ended up returning to Kathmandu on three helicopters but were instructed to say they were alone on the flight back.

She alleged the company, Himalayan Social Journey, billed each of the tourists' insurance providers for the whole flight – pocketing around $35,000 in the process.

"They told us all to lie to the insurance company and say there was only one person on the helicopter when there were three or four of us on each," she said. Reeves' insurance claim was in any case rejected because her policy had expired.

The company owner, Ram Sapkota, denied that the insurance companies were each billed for the full flight.

"(They) claimed insurance on a sharing basis and we received money from (the) insurance," he said, dismissing allegations as "fake".

Sapkota blamed the rise in helicopter rescues from the Himalayas on lazy hikers and hypochondriacs.

"When one client gets sick, then the group they say, 'I feel unsafe and just want to go'," he said.

Extensive interviews by AFP with players at every stage of the commission chain reveals that guides, trekking operators, lodge owners and charter companies are acting as brokers, playing helicopter companies off against each other to secure a cut of the rescue fees.

One manager of a Kathmandu-based helicopter company said they paid $500 to brokers for each rescue flight.

"If we don't pay the commission, we can't get the business," the manager told AFP on condition of anonymity.

The trekking industry in Nepal took a hit following a devastating earthquake in 2015.

But tourists are now returning: from March to May 2014, more than 20,000 foreigners visited the Sagarmatha National Park, home to Mount Everest, according to government figures.

Meanwhile, there are an estimated 2,000 trekking companies promising to whisk them off into the mountains, many of them operating from scruffy, cramped offices in the dusty backstreets of Kathmandu.

The cost of the 14-day trek to Everest base camp varies wildly between the outfits, but many offer the tour for less than $1,000, below cost price according to multiple industry sources.

Guides working for the low-cost agencies are being told to make up the shortfall by getting trekkers rescued by helicopter: one guide told AFP on condition of anonymity that he was given a quota for the number of trekkers he should have "rescued".

"The industry thrives on these unnecessary rescues," added Suraj Paudyal, who coordinates helicopter rescues for Mediciti Hospital in Kathmandu.

For doctors working in the high-altitude Everest region, the increased availability of helicopters does provide reassurance that critical patients can be airlifted from remote locations to better-equipped hospitals below.

"It is nice, as a doctor, to have the safety net of a helicopter," said British doctor Helen Randfield, who manned a small clinic that caters to the influx of trekkers who arrive with the good weather of spring and autumn.

But the decision as to who gets evacuations ends up in the hands of the guides, not the medical professionals.

"Trekkers or their guides are deciding themselves whether they need a rescue," said Sonia Mariano, an American doctor who worked at the same clinic last year.

The majority of rescues are happening without prior approval of insurance companies – 80 percent according to Alpine Rescue, which carries out evacuations for the International Assistance Group, an alliance of global insurers – leaving the system open to exploitation.

Some hospitals back in Kathmandu also have a stake in the rescue business. Company registration documents reviewed by AFP show that many large trekking outfits have financial ties to hospitals and helicopter providers, creating a conflict of interest.

Ram Sapkota of Himalayan Social Journey said his guides received a commission from some hospitals if they take a tourist there, saying he allowed it because his company needed to "maintain relations" with medical providers.

A German trekker hiking in the Everest region in April told AFP that a broker offered him a return helicopter flight to Kathmandu – with the cost billed to his insurance provider.

"He said he knew a doctor who would sign it off as a rescue," the tourist said, requesting anonymity.

The majority of rescues in the Himalayas are related to "acute mountain sickness" caused by low oxygen levels at high altitude. The symptoms are vague – headaches, nausea, loss of appetite – and the only treatment is to descend.

But once the patient is at lower altitudes the symptoms disappear, making it impossible to tell if the evacuation was medically necessary.

"By the time (the trekkers) come down, they are fine," said Dr Prativa Pandey, medical director of respected Kathmandu-based travel clinic Ciwec.

She added that doctors cannot be made responsible for cleaning up the murky business: "You (as a doctor) have to give the benefit of doubt to the patient," she said.

International insurance companies are beginning to wise up to the rampant fraud.

Multiple insurance companies linked to one major UK-based underwriter are considering no longer offering travel insurance for Nepal, an industry source said, requesting anonymity as the firms did not want to alarm customers.

"The investigation might take (another) month. When we began our work we did not realise the magnitude of the problem," Upadhyaya said.

Upadhyaya would not confirm the details of the ongoing investigation, but local media reported that 500 trekking and helicopter companies are being probed, including Sapkota's Himalayan Social Journey. Sapkota said he had not been contacted by the ministry and again denied any wrongdoing. 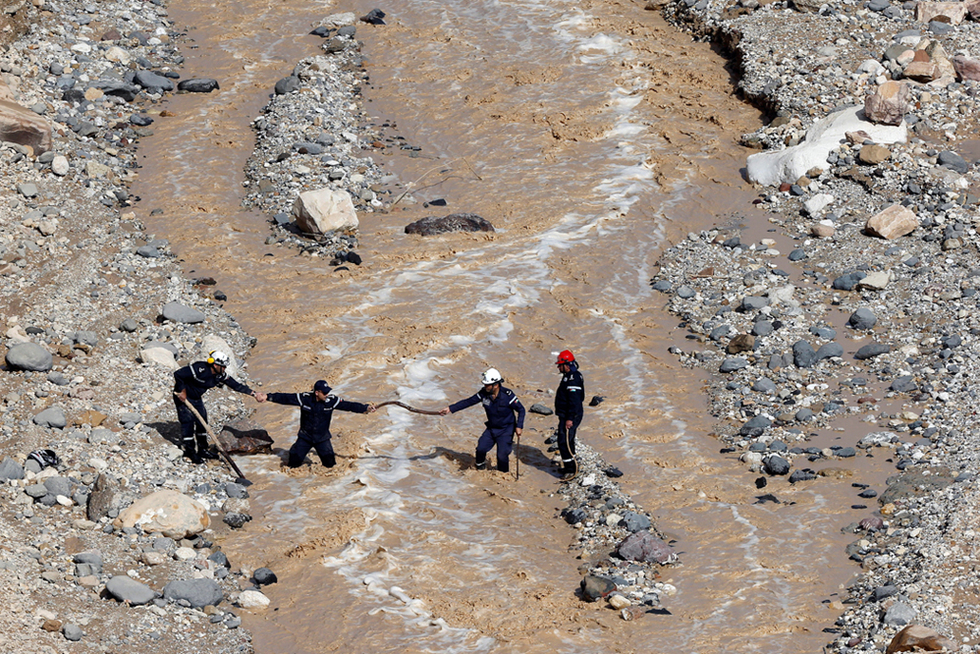 US imposes further Iran sanctions in response to missile strikes