Steve Ditko, a comic-book artist who co-created the Marvel characters Spider-Man and Doctor Strange with Stan Lee, has died in New York. He was 90. The NYPD public information officer told Deadline that he was found in his apartment on June 29 and likely had been dead for a couple of days.

During that span, Ditko also worked for Charlton Comics, where he had full autonomy over his creations. In 1955 he met Lee, then an editor at Atlas Comics, which was run by Lees uncle Martin Goodman. The company, which began as Timely, would later morph into Marvel Comics.

Ditko started working for Marvel and would continue to do so for the next two decades, while also drawing for Charlton. For the latter, he bowed the Captain Atom character in 1960s Space Adventures #33. Spider-Mans arrival two years later, followed by the 1963 debut of Doctor Strange, would help launch the so-called “Marvel Age of Comics.”

Ditko would go on to draw such characters as Blue Beetle and The Question, both from 1967-68. Ditko would follow Charlton editor Dick Giordano to DC Comics in 1968, where he and writer Steve Skeates created the Hawk and the Dove, who first appeared in Showcase #75. Ditko left DC in 1969 and would work exclusively for Charlton and other small indie publishers into the mid-1970s.

He then returned to DC and created the short-lived series Shade, the Changing Man. The character later was revived for DCs Vertigo, sans Ditko.

He returned to Marvel in 1979, amid the comic-book movie boom created by the previous years Superman, starring Christopher Reeve. There he took over Jack Kirbys Machine Man series. Ditko would freelance to DC and Marvel until his 1998 retirement from mainstream comics.

Businesses should be celebrating Pride all year round 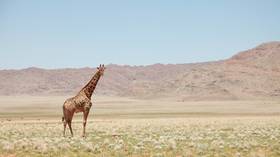 All countries welcome to join, but dont obstruct – Chinas top diplomat on Belt and Road project

Will AT&T Get To Keep WarnerMedia? Oral Arguments In Appeals Court Will Help Determine The Answer