Australians on social media are now calling for a boycott of his tour scheduled to begin with a performance at Melbourne's Hisense Arena on August 23.Noah can be seen making a joke about Aboriginal women in the video, which was first shared by Australian photographer, LaVonne Bobongie."All women of every race can be beautiful," the host of the Daily Show said."And I know some of you are sitting there now going, 'Oh Trevor … I've never seen a beautiful Aborigine' But you know what you say? You say, 'Yet.' Because you haven't seen all of them, right?""Plus it's not always about looks, maybe Aborigine women do special things, maybe they'll just like, jump on top of you," he said, before making a suggestive gesture. The video has now been taken down and a contrite Noah wrote on his Twitter account that he would make sure it was not promoted anywhere again. Several notable indigenous Australians criticized Noah and Australian academic Anita Heiss said she was "appalled and disgusted at the comments."Former Australian National Rugby League Player, Joe Williams who posted the video on the social media platform, expressed his disapproval and asked Noah to apologize."Hey @Trevornoah, your comments about Aboriginal @IndigenousX in this clip are utterly unacceptable! As a man of color, you are usually in point with racism & divide – here you are perpetrating & encouraging racial abuse!!" Williams wrote.Noah responded by admitting that his joke was inappropriate and said he no longer made such jokes. "@joewilliams_tew you're right," he replied to Williams. "After visiting Australia's Bunjilaka museum and learning about aboriginal history first hand I vowed never to make a joke like that again. And I haven't. I'll make sure the clip from 2013 is not promoted in any way." he added.Noting that the video had been taken down, Williams said he was waiting to see if Noah would "let me take him to community for some cultural awareness & front and apologise to our staunch and beautifully caring women."Noah responded that he would visit the Aboriginal community, writing that he was open to learning.However social media users began to unearth some of Noah's older, controversial tweets, including a reference to the infamous domestic violence episode between musicians, Chris Brown and Rihanna. The incident echoes reactions to his selection as the host of America's satirical news show, the Daily Show in 2015.After Noah was announced, he was criticized for many improper jokes he had made in the past about minorities and women. His earlier work stands in contrast to the work Noah has become known for as the Daily Show's host, where he has gained a considerable following for his appraisal of US race relations and Trump's presidency. 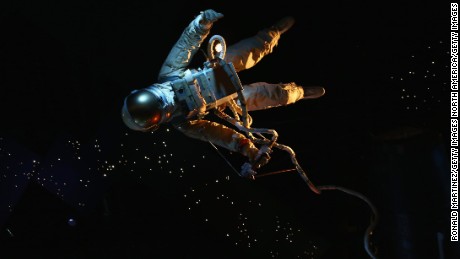