The German national, identified only as Dennis E, is accused of disseminating pro-PKK material through social media (AFP)

The German national, identified only as Dennis E, was detained in the Arsuz district in the province of Hatay, the state-run Anadolu news agency said on Wednesday.

No further details were immediately available and the German foreign ministry had no immediate comment, the Reuters news agency said.

In a report on Tuesday, Germany's domestic intelligence agency said members or adherents of the PKK in Germany had increased to 14,500 in 2017, up from 14,000 the previous year.

"The PKK continues to be the largest extremist organisation of foreigners in Germany in terms of members and efficiency," the BfV said in its annual report.

The group raised more than $16m in Germany and $29m across Europe in various campaigns last year, the agency estimated.

"Even though peaceful events remain the focal aim in Europe, violence continues to be an option of the PKK ideology," the report said.

The PKK, which has waged a three-decade campaign against the Turkish state, is designated a terrorist organisation by Turkey, the United States and the European Union.

More than 40,000 people, most of them Kurds, have died since it first took up arms in the largely Kurdish southeast.

But following the release of several Germans, including German-Turkish journalist Deniz Yucel, who had been indicted for security offences, the strains have eased somewhat.

Last week, Germany lifted economic sanctions on Turkey and relaxed its travel advice to the country, removing a warning on its website about its nationals facing a high risk of arrest when visiting Turkey.

Although the freeing of Yucel in February removed a key irritant in ties between the two allies, German officials remain deeply concerned about Turkey's deteriorating record on human rights and freedoms.

Turkey has also launched cross-border operations into Syria against what it says are threats by the Kurdish YPG, which it deems a terrorist organisation linked to the PKK. 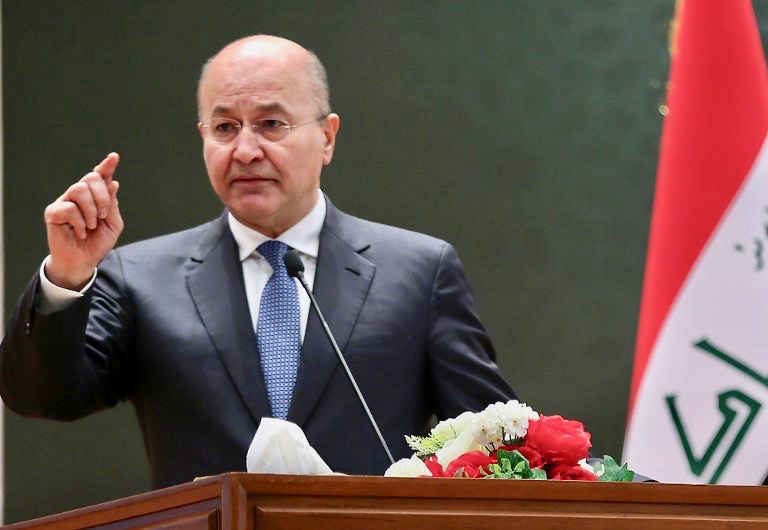 Iraq urges US to consider its political, economic position in talks on Iran sanctions