Colonel Turki AlMalki, the Official Spokesman of the Coalition to Restore Legitimacy in Yemen, stated that the Coalition is waging a war against terrorist groups in Yemen such as AQAP, ISIS and the Iranian-Houthi militia, which share a common extremist ideology.

“The Coalition has and will continue to carry out joint operations with brotherly and friendly nations to dismantle the capabilities of said groups through air, naval and joint special forces operations under the international cooperative efforts to eradicate terrorism and sustain International Security.” he said.

“We have followed what AP posted entitled “AP investigation: Yemen war binds US, allies, al-Qaeda”. What was stated in this article whether it was stories or conclusions, is unfounded and expressed the personal opinion of the author as there were no tangible evidence nor convincing arguments. The writer should have followed the professional ethics of journalism and fact-checked such information before publication through communicating with the Joint Forces Command of the Coalition, and verifying the Coalitions efforts in combating terrorism, the Coalition would have provided detailed information in this regard. All channels of communication with members of the media are open,” he added.

Col. AlMalki concluded that the Coalition will continue its efforts and operations to combat terrorist groups in Yemen under international efforts to eradicate terrorism all around the world, "and its cooperation with brotherly and friendly nations through intelligence-sharing and Joint operations to combat AQAP, ISIS and the terrorist Iranian-Houthi militia."

US police find body of boy at raided camp

France will take no hasty decision on links with Saudi Arabia 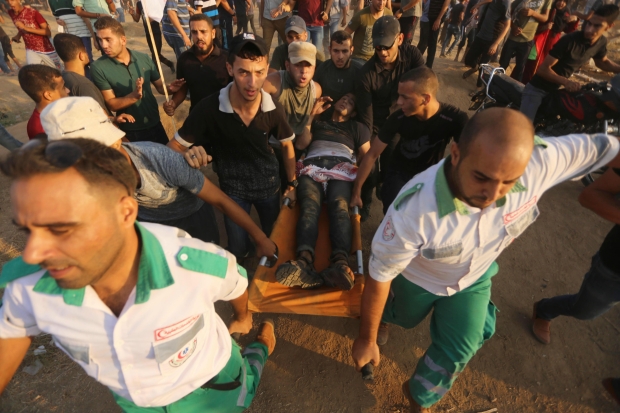