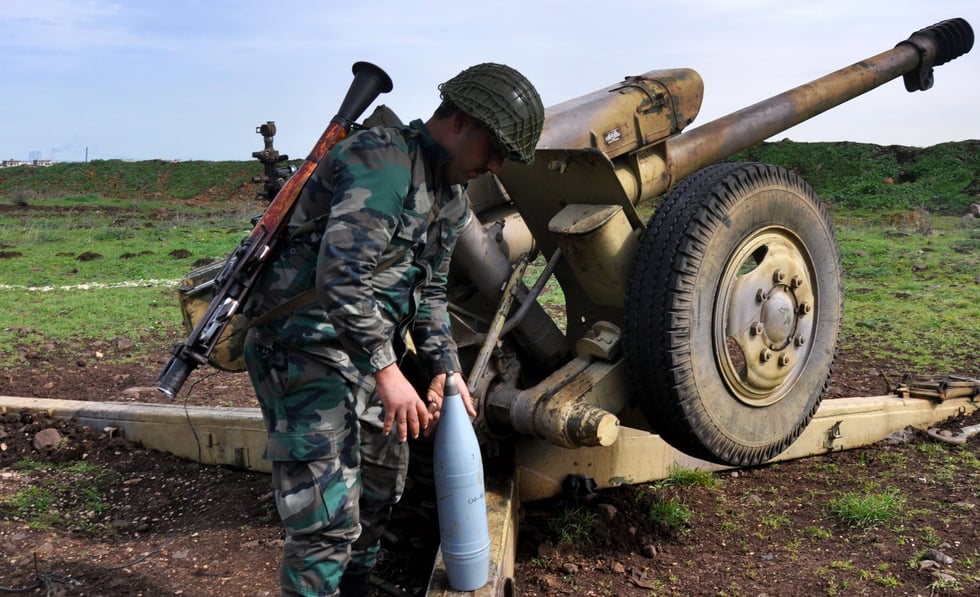 Idlib, which has escaped regime control since 2015, is nearly completely surrounded by government-held territory (AFP)

Syrian regime forces have shelled rebel and Hay'at Tahrir al-Sham (HTS) positions in the northwestern province of Idlib, a UK-based activist group has said, as reinforcements arrived ahead of an expected assault.

Artillery and rocket fire on Thursday morning slammed into territory around Jisr al-Shughur, a key town in the southwestern part of the province, according to the Syrian Observatory for Human Rights.

The province is the largest piece of territory still in rebel hands, and President Bashar al-Assad has warned it would be his military's next priority.

Around 60 percent of it is now held by HTS, which is led by al-Qaeda's former Syria affiliate, while the rest is controlled by rival opposition factions.

'Regime reinforcements including equipment, soldiers, vehicles and ammunition have been arriving since Tuesday'

"The shelling is in preparation for an assault but there has been no ground advance yet," said the Observatory's director, Rami Abdurrahman.

"Regime reinforcements including equipment, soldiers, vehicles and ammunition have been arriving since Tuesday," he told the AFP news agency.

The reinforcements were being distributed along three regime-held fronts, including in neighbouring Latakia province just west of Jisr al-Shughur, in the Sahl al-Ghab plain that lies south of Idlib, and in a sliver of the province's southeast that is already in government hands, the Observatory said.

The al-Watan daily, which is close to the government, also reported on Thursday that army troops had bombed positions in the area.

Idlib, which has escaped regime control since 2015, lies along the border with Turkey but is otherwise nearly completely surrounded by government-held territory.

Syrian troops have recaptured key areas of the country in recent months with help from ally Russia, which has brokered a string of surrender deals with rebels.

Apparently fearing a similar arrangement for Idlib, HTS has been arresting dozens of figures in the province that have been go-betweens with the regime.

Early on Thursday, the group detained several such figures from villages in Idlib's southeast, calling them "chiefs of treason," according to an HTS-linked media agency.

The Observatory, which relies on a network of sources inside Syria, said it had documented more than 100 such arrests by HTS and rival forces this week alone.

Idlib province is home to around 2.5 million people, including rebels and civilians transferred en masse from other territory that fell to Syrian troops after intense assaults. 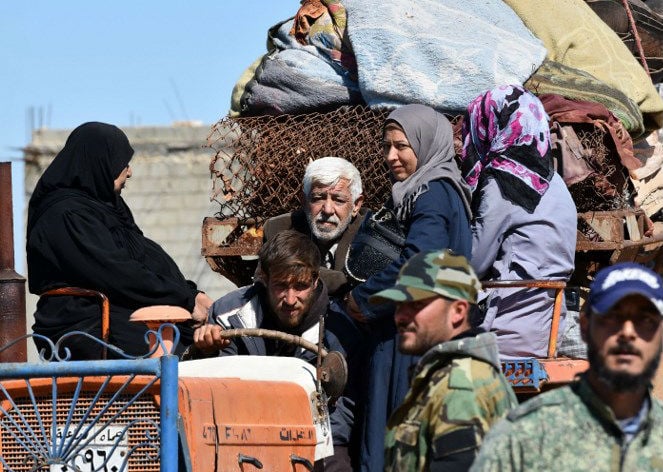