Between 2017 and 2018, 239 suspects were charged — a 27% rise on the previous year — while 185 modern slavery and human trafficking convictions were seen in the same period. Referrals to the CPS from police and other agencies also increased to 355, "the highest ever recorded," although the percentage charged (67.3%) was the lowest since 2013-2014."Modern slavery has a devastating, lasting impact on its victims," said Director of Public Prosecutions Alison Saunders. "There is no place in our society for those who enslave others, whether for work, sexual or criminal exploitation or domestic servitude."A statement from the CPS partly placed the increase in referrals on a "drive to clamp down on slavery related crime." In the report — the first of its kind — Saunders called tackling modern slavery "a national priority."Case studies included a Slovakian family trafficking "desperate and destitute" individuals from Slovakia and the Czech Republic, some of whom "suffered from mental health problems and learning disabilities," and forcing them to work for "little or no pay."Meanwhile, exploitation of UK children was in the spotlight, with the first successful prosecution for "county-line" offending — a term for urban gangs exploiting "vulnerable people, often children," to move and sell drugs into more rural areas, using dedicated mobile phone lines.Yet the report also highlighted that the timescale for modern slavery prosecution from investigation to finalization is increasing — on average nearly three years, and double the time taken in 2015.Andrew Wallis, CEO of UK anti-slavery organization Unseen, said this "illustrat(es) that modern slavery is a complex crime to prosecute, requiring the coordination and cooperation between police, CPS, NGOs and other agencies but crucially the victim."While welcoming the increase in prosecutions and convictions, Wallis encouraged more cooperation to ensure that conviction rates did not decline further. 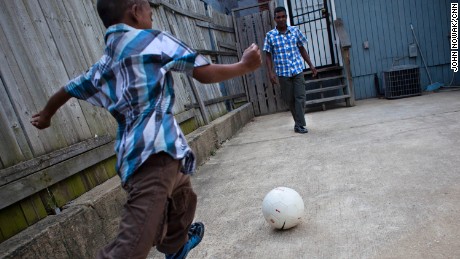 "What is not clear from the CPS figures is whether the prosecution of perpetrators for crimes not reaching the threshold for modern slavery but where there are indicators or related offences are tallied and reported," Wallis continued. "Disruption and prosecution of criminal activity around modern slavery are equally important and should be tallied or reported alongside these figures in order to give a fair assessment of the effectiveness of the CPS."The CPS report concluded the body had "made significant progress in its response to modern slavery and in supporting the government's priorities" while acknowledging "we are aware that there is much more to do."