JEDDAH: Saudi Arabias Ambassador to Pakistan Nawaf Al-Maliki announced that 50 scholarships have been allocated for Pakistani students to study in Saudi universities, according to the Saudi Press Agency.
The announcement came during his meeting with Senate Chairman Muhammad Sadiq Sanjrani in Islamabad on Friday, in the presence of the cultural attaché to the Saudi embassy in Pakistan, Dr. Ali Housawi.
The ambassador said during the meeting that Saudi Arabia will handle all expenses related to studies and accommodation for the Pakistani students who will receive the scholarships, and that the number of scholarships for Pakistani students will double next year.
He added that the Kingdom attaches great importance to its relationships with Pakistan and its people and it will spare no effort in standing with Pakistan and offering help and support to the country.
Sanjrani thanked the Kingdom for granting the scholarships to the students and noted that students from Baluchistan will be candidates to study in the Kingdoms universities.
He said that Pakistan is proud of its relationships with Saudi Arabia, which is based on longstanding historical ties with deep roots in common religious and cultural values, along with a consensus vision regarding most regional and international issues. He added these contribute to strengthening security, regional and global peace and benefits the Islamic nation.
He praised the pioneering role the Kingdom is playing in supporting regional and global security and peace, standing with Islamic countries, serving Islam, Muslims and the Islamic nations matters and unifying Muslims decisions, under the leadership of King Salman and Crown Prince Mohammed bin Salman.
He also commended the efforts of Ambassador Nawaf Al-Maliki which have contributed to enhancing bilateral ties between the two countries that meet the aspirations of both nations and serves the interests of their people. 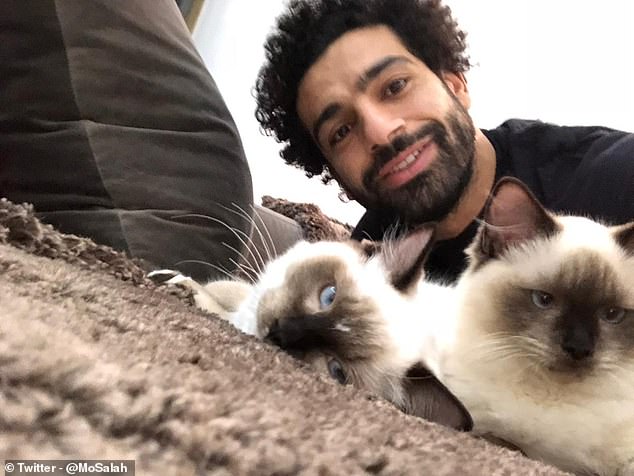 ‘This will not happen’: Mo Salah decries Egyptian plan to export cats and dogs