An Air India spokesperson confirmed to Gulf News that passengers had to be deplaned because of a technical glitch.

Dubai: Air India flight 994 from Dubai to Bengaluru via Goa was stalled for more than 14 hours due to a technical snag.

The flight was scheduled to fly at 10.50pm on Tuesday, but it has now been rescheduled to depart at 7pm on Wednesday.

Passengers complained of the inconvenience as they were flying to celebrate Eid Al Adha with their loved ones.

Everyone has been provided with a hotel accommodation inside the airport.

An Air India spokesperson confirmed to Gulf News that passengers had to be deplaned because of a technical glitch.

“The aircraft had a major technical snag and was not found to be airworthy. Therefore, we had to deplane all passengers and provide hotel accommodation. The snag has been addressed and the flight will leave by 7pm on August 15.”

Some passengers who spoke to Gulf News said they were stranded in the aircraft for two hours and were given hotel stay only afterwards.

Sangeeta Rupesh Verenkar, 34, who was flying to Goa with Rashi, her three-year old daughter, told Gulf News: “We sat for two hours in the aircraft. Although the air-conditioning was on, for some time they switched off electricity completely. It was stressful as the flight was full and we had no idea when we would take off.”

Verenkar along with other passengers were eventually ushered out and given hotel accommodation.

“My husband, who had stayed back in Dubai, can only contact me over the phone. We have no idea when we will be airborne. The airline has not given any information, only when we checked at the reception we were told first there would be a flight at 5.30pm on Wednesday and later that was shifted to 7pm. So there is still a lot of uncertainty.”

Sophia Dastagir, 45, a cook with a UAE family, was flying to Bengaluru to get a glimpse of her first grandson.

“My son and daughter-in-law live in Mumbai. They are waiting for me at the Bengaluru airport as I have to go to my village in Bellary district of Karnataka. My daughter-in-law is on six months maternity leave which is to get over at the end of the week. They flew to Bengaluru so that I could meet my grandson, spend this week with him before going to my village. My grandson is already five months old and this delay is eating into the precious time I would have had with him. I have no idea when I will reach Bengaluru now and this is stressing me out.”

Five years after Rabaa: From generation protest to generation violence 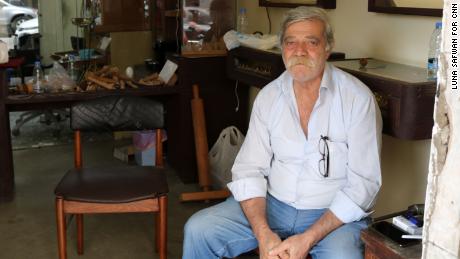 As the people of Beirut clean up, France’s Macron urges world leaders to come together for Lebanon