Israels military on Wednesday closed its probe into a deadly 2014 assault in Gaza that followed the capture of a soldier despite a rights groups charge of possible war crimes.

A military fact-finding mission into the “Black Friday” assault in which Amnesty says more than 130 Palestinian civilians died during the 2014 Gaza war showed that a criminal investigation was “not warranted”, the army said in a statement.

It acknowledged, however, that up to 70 civilians were “unintentionally killed as a result of attacks directed at military targets and military operatives”.

The assault in Rafah, southern Gaza, on August 1, 2014 was launched after the kidnapping of Israeli Lieutenant Hadar Goldin shortly after the announcement of a ceasefire.

Two other soldiers were killed in fighting that led to the kidnapping in the Hamas-run enclave, while Goldin himself was later declared dead.

In response, the military implemented the so-called Hannibal Directive — a controversial procedure which allows for an intensive military response to secure the rescue of a captured soldier.

Israel bombed the city of Rafah and the surrounding area near the border with Egypt.

In 2015, Amnesty International said there had been “strong evidence” of war crimes by Israeli forces as it published a detailed analysis of the assault using eyewitness accounts, satellite imagery, photos and videos.

According to Amnesty, at least 135 civilians were killed in the air and ground assault.

Civilians had begun to return home due to the ceasefire announcement, Amnesty said, alleging “massive and prolonged bombardment began without warning while masses of people were on the streets”.

Israels statement on Wednesday said the use of force was “in accordance with operational considerations and with an effort to mitigate, as much as possible, harm to civilians”.

“No grounds were found to support the allegation that the objective of the (militarys) actions were to extract revenge following the abduction of Lieutenant Goldin,” it said.

The statement said there was no evidence that the Hannibal Directive led to “the use of force in a disproportionate or unrestrained manner”.

The decades-old directive has since been revoked by the military and replaced with a new one.

More than 2,250 Palestinians were killed, including more than 500 children, in the 2014 war, the third between Israel and Palestinian militants in Gaza since 2008.

Seventy-three people were killed on the Israeli side, including 67 soldiers. 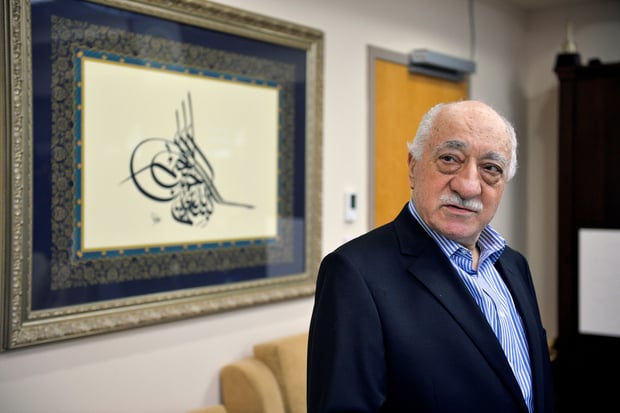 Turkey charges Gulen and 27 others over Russian envoy’s killing

It’s cooling down in UAE, but seas will be rough with up to 9-foot waves

US senators introduce bill to sanction Turkish officials over detentions