Speaking from the ramparts of the historic red fort in New Delhi, Modi said it was a "dream" for the country to send a citizen to space before it celebrates 75 years of independence. "A child of mother India — whether son or daughter, it can be anyone — they will go into space," Modi said. 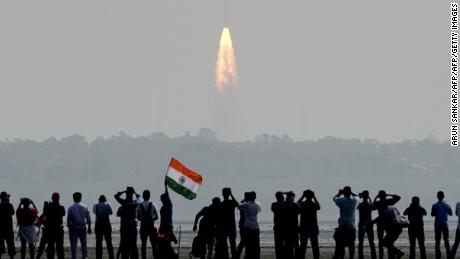 Ajey Lele, a senior fellow at the Delhi-based Institute for Defense Studies and Analysis (IDSA), said Modi's proposal was "extremely ambitious." "Unless you have a proper deadline, it is difficult for the scientific community to pitch together properly," he said. Speaking to Indian media this week, Indian Space Research Organization (ISRO) head K. Sivan said the organization was inching closer to sending an astronaut to space. "We have developed lot of technology, a lot of critical technology … required for human space program," he said. In July, ISRO successfully tested a crew escape system, a critical technology for human spaceflight.If successful in fulfilling Modi's promise, India would become the second country in Asia, after China, to master human spaceflight. "Done by Indian scientists, by Indian courage, we will come in at the fourth place in the world among the countries that have sent a manned flight into space," said Modi.

India has been ramping up its space program for years now. Since 2014, it has launched 237 satellites for international customers from 29 countries, according to the Department of Space.In 2014, India successfully put a satellite in orbit around Mars, becoming the first nation to do so on its initial attempt and the first Asian country to reach the red planet.At $74 million, Delhi's Mars Orbiter Mission came in at a fraction of the $671 million price tag for NASA's MAVEN mission to Mars in the same year. Three years later, India successfully launched 104 micro-satellites from a single rocket, propelling the Asian space race.However, despite its advances, India's space program has faced considerable criticism from those who feel the country could be spending its money better on other projects. The projected cost for a manned space flight is around $1.2 billion, Lele said. "But India has been putting money slowly into this," he added. "The technology that has been developed for these programs has been done at a low cost."