MAKKAH: King Salman received thanks from guests at Custodian of the Two Holy Mosques Guests Program for welcoming and supporting pilgrims. They also thanked him for hosting them so that they can perform Hajj rituals.

The kings guests praised the services provided for them from the moment they arrived in the holy lands. This underscores the depth of the Saudi experience in dealing with crowds and successfully hosting millions of pilgrims each year.

“The expansion projects in the Two Holy Mosques and the holy sites, as well as the readiness of all medical and security teams, constitute strong evidence of Saudi Arabias capacities and ability to organize and manage the crowds with every Hajj season,” he added.

Ismailov pointed out that Muslims represent 70 percent of the population in Tatarstan, and that it is the first country in the region to adopt Islam as a state religion since 922.

Sheikh Mustafa Jusufspahic, the grand mufti of Belgrade, in Serbia, said that King Salmans hosting of pilgrims from all over the world continues a tradition of the leadership of this blessed land assisting and unifying Muslims. It continues the path of good and giving by the Kingdoms leaders toward Islamic work in the world, accounting for its prestigious position in the Muslim world, he added.

Jusufspahic expressed his thanks and appreciation to King Salman for his great gesture that enables Muslims to perform Hajj easily and conveniently. He praised all services offered in the program, which is supervised by the Ministry of Islamic Affairs.

Mohammed Amin, a professor from Ethiopia, who is making his first visit to Makkah, commended King Salmans invitation to Muslims from all over the globe. He also saidthat the Ethiopian people were well aware of the financial and cultural support provided by the Kingdom.

The imam of the Central Mosque in Ethiopia, Ibrahim Khalil, expressed his admiration for the warm reception he and his delegation received upon their arrival, their speedy entry into the country and the journey to their residence.

Guinean Islamic preacher Mohammed Idris said the infrastructure and the scale of the preparations in Makkah reflect the tremendous efforts from all sectors there. “The Kingdom endeavors to develop organization and management of the Hajj season every year, a fact highly acclaimed among Muslims in Guinea, who consider Saudi Arabia to be the heart of the Islamic world,” he said.

Professor Bassim Berniavorates, from the faculty of medicine at the University of Sarajevo in Bosnia, said he was happy he had the opportunity to perform Hajj for the first time in his life, and was eager to meet Saudi people, to learn about their customs and traditions, and to visit popular markets that reflect the historical richness of Makkah.

He added that the Bosnian people were grateful for Saudi Arabias support throughout history, which has enabled them to overcome obstacles and crises and achieve their aspirations in building a civilized and democratic nation.

Bassim, a professor of anesthesia at the University Hospital in Sarajevo, noted that the program helped to extend bridges of communication with the world. “The Bosnians became more familiar with the Saudis and proud of this cultural fusion in the holiest parts of the earth,” said Bassim.

Dr. Mekhtbakh, from the Sports Academy in Kyrgyzstan, said that by visiting the holy land he had achieved a life-long dream. He expressed his thanks and appreciation to King Salman for his generous patronage and keenness to host Muslims from all over the world. 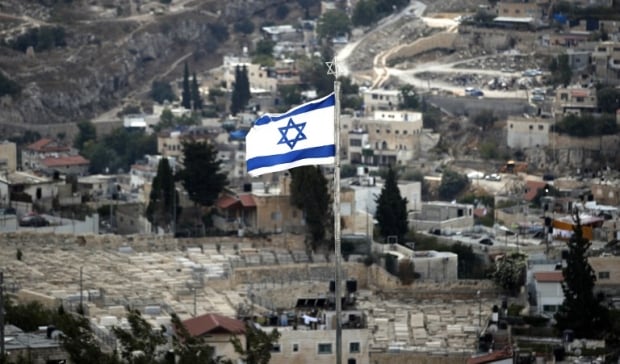 Food, art and literature: How Israel is stealing Arab culture