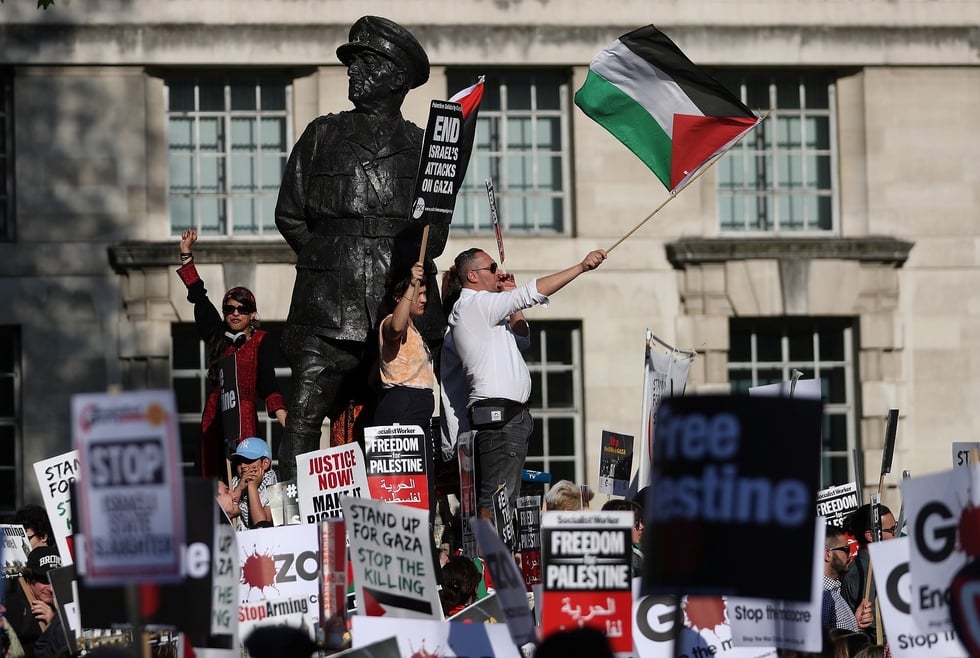 More than 80 prominent organisations from black, Asian and minority ethnic (BAME) communities in Britain published a letter on Friday slamming attempts to silence the discourse on Palestine and suppress information human rights abuses "here and abroad".

The letter particularly criticises the working definition of anti-Semitism adopted in 2016 by the International Holocaust Remembrance Alliance (IHRA), which critics say conflates anti-Semitism with legitimate criticism of Israel.

The 2016 document provides provides a list of forms expressions that it considers anti-Semitic, including "claiming that the existence of a State of Israel is a racist endeavor".

It also warns against "drawing comparisons of contemporary Israeli policy to that of the Nazis" – a tactic used by some Palestinian solidarity groups to highlight Israel's mistreatment of Palestinians.

The BAME groups' statement comes amid signals that the Labour Party is prepared to adopt the full IHRA definition, including examples relating to Israel, amid accusations of anti-Semitism against its leader Jeremy Corbyn.

"We are deeply worried about current attempts to silence a public discussion of what happened in Palestine and to the Palestinians in 1948, when the majority of its people were forcibly expelled," the BAME letter says.

Mainstream outlets wont cover this – unless you all make it impossible for them not to #PalestineSpeakUp https://t.co/jIhlKFWdsG

More than 600,000 Palestinians were forced out of their lands in the events leading to the establishment of the state of Israel. Surviving refugees and their descendants still live in camps in neighbouring Arab countries, the West Bank and Gaza.

"These facts are well established and accessible, are part of the British historical record, as well as the direct experience of the Palestinian people themselves," the letter continues. "The Palestinian community in the UK has raised the disturbing absence of key information about these past and current injustices, and highlighted the racism it exposes then and now."

Palestine was under British control from the end of World War I in 1918 until Israel was founded in 1948.

BAME organisations said public discussions of these historical facts would be muzzled under IHRA's definition of anti-semitism.

"This silencing has already begun. Today we can freely describe the racist policies experienced in the era of British and European colonialism in our countries of origin (indeed it is taught in British schools), but the colonial history of the Palestinians is continually erased," the letter says.

Fascist tactics: How Jeremy Corbyn's detractors are plotting to remove him

"This is a dangerous breach of our own rights, and of the wider British public: we must all hear the full story of the Palestinians in order to make sense of the current discussions about racism and Israel."

The UK adopted IHRA's definition in 2016.

At the time, Prime Minister Theresa May praised Israel, likening its alleged inclusivity to that of the UK.

"Israel guarantees the rights of people of all religions, races and sexualities, and it wants to enable everyone to flourish," May said in a statement. Our aim in Britain is the same: to create a better, fairer society, helping everyone to reach as far as their talents will allow."

The BAME letter was signed by 84 organisations, including Arab, immigrant, African, Muslim and Asian UK-based groups.

Hajj is a joyful and moving experience for Taiwanese pilgrims