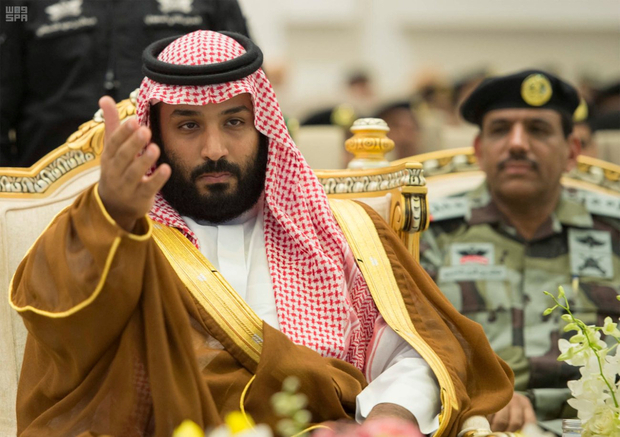 Citing people familiar with the audio recording, the US newspaper said a member of the crown prince's security detail, Maher Abdulaziz Mutreb, who was part of the 15-member hit team sent to Turkey to kill Khashoggi, told an aide of the crown prince to "tell your boss" after Khashoggi's murder.

While bin Salman, commonly known as MBS, was not mentioned by name, American intelligence officials believe “your boss” was a reference to the crown prince, the Times reported.

“A phone call like that is about as close to a smoking gun as you are going to get,” Bruce Riedel, who now works at the Brookings Institution, told the paper.

“It is pretty incriminating evidence,” he added.

The Times reported that Saudi officials denied that the crown prince “had any knowledge whatsoever” of Khashoggis killing, however.

Referring to Mutrebs instructions to “tell your boss”, a statement from Saudi officials said that Turkey had “allowed our intelligence services to hear recordings, and at no moment was there any reference to the mentioned phrase in the such recordings".

Turkish President Recep Tayyip Erdogan confirmed on Saturday the existence of an audio recording of Jamal Khashoggi's death and said he had shared it with the United States, Saudi Arabia, Germany, France and the UK.

"They listened to the conversations which took place here. They know," he said.

On Monday, Canadian Prime Minister Justin Trudeau was the first leader to confirm that his country's intelligence officials had listened to such a recording. While Trudeau said he hadn't heard it himself, he was briefed on the contents.

The existence of such a recording had been an open secret shared with much of the world's media soon after Khashoggi was killed in the Saudi consulate in Istanbul on 2 October.

In the face of mounting evidence, Riyadh later said Khashoggi died in a fistfight, then admitted he was the victim of a brutal premeditated murder.

Despite admitting the prominent critic of the Saudi government was killed in a premeditated murder, the kingdom has sought to insulate MBS, its de-facto leader, from the scandal.

MEE has previously revealed that seven of those sent to kill Khashoggi were members of the crown prince's personal security detail.

The New York Times said Turkey shared the audio recording with CIA Director Gina Haspel last month when she visited the country to investigate what happened to Khashoggi, a Saudi insider-turned-critic and prominent Washington Post columnist.

Haspel was not allowed to take the recording back with her to the US, the newspaper said.

While translations of the Arabic spoken in the recording may differ, people briefed on the call said Mutreb also said to the aide words to the effect of “the deed was done", the newspaper also reported.

Nonetheless, the recording is "still not irrefutable evidence of his involvement in the death" of Khashoggi, the Times reported.

"Even if Mr. Mutreb believed the killing was ordered by the crown prince, for example, he may have had an inaccurate understanding of the origins of the order."

Still, the report puts more pressure on the US to re-evaluate its relationship with the Saudi government and MBS, who has cultivated a strong relationship to some of Donald Trump's most trusted advisers.

In particular, the Saudi crown prince is close to Jared Kushner, the president's son-in-law and adviser on Middle East issues, and he even bragged earlier this year that Kushner was "in his pocket", The Intercept first reported.

The US has also been under pressure to stop supporting the Saudi-led war in Yemen in the aftermath of Khashoggi's killing.

US State Department officials and key members of the Trump administration have so far resisted calls to take any decisive action, however, saying they are waiting for the results of a Saudi investigation into what happened to Khashoggi before making any decisions.

Ahmed Shafiq whereabouts unknown after he is ‘deported to Cairo’