ISTANBUL, Turkey – On 13 November, a video was posted on Twitter which purported to show a Syrian man sitting on top of a statue of Mustafa Kemal Ataturk, the founder of the Turkish Republic, in the southeastern city of Adiyaman.

“A Syrian immigrant was prevented by our police and citizens from trying to smash a statue [of the founder of the Turkish Republic],” the post claimed.

The video went viral and was viewed by more than 330,000 users. It was also shared on the ultranationalist Facebook page, “Uyan Turk” (“Wake up, Turk”). From there, within 18 hours, approximately 190,000 people viewed it. From this page alone it was shared by almost 5,000 users.

On various platforms 12,000 users commented on it, largely using offensive and threatening language.

Among the first to share it was Baris Yarkadas, a member of parliament for the main opposition Republican Peoples Party (CHP) and a former journalist. He said the video had been shared with him by the head of the CHP bureau in Adiyamans central district.

Having spoken to the police in Adiyaman, eyewitnesses and local media, teyit.org discovered that the person in the video was a Turkish drug addict who had tried to climb the statue two years previously.

The story had broken as real news at the time; in his initial statement to the police, the addict had said that he had tried to sit on the shoulders of the statue to show his affection for Ataturk.

Ataturk, for many Turkish citizens, is the embodiment of patriotism; any attack on him is considered utterly unacceptable. His status is even enshrined in Turkish law, under which prison terms can be handed out for disrespectful acts directed against him.

The video was posted just a couple of days after the 80th anniversary of Ataturks death, which had already been marked by fierce discussions over this law, with more secular Turks claiming the ruling Justice and Development Party (AKP) was not as respectful of Ataturk as it should be.

These background tensions may explain the incredible popularity of the video, as well as underlying the dangers such fake news could pose to Turkeys 3.5 million Syrian refugees.

“False information has caused killings in Mexico, in India – not in Turkey, yet. But it does not mean it cannot happen,” Gulin Cavus, editor-in-chief at teyit.org, told Middle East Eye.

“Actually Turkey is very successful when it comes to hosting foreigners and refugees compared to some other countries, but false information could trigger a spark which might lead to physical violence or situations that requiring the intervention of the security forces,” she warned.

Fake news is not rare in Turkey and is by no means restricted to stories about Syrians.

One in two social media users in Turkey thinks that they have come across fake news every week, according to the Reuters Institute 2018 Digital News Report. This is the highest reported rate of the 37 countries listed in the report.

Since its launch two years ago, teyit.org has investigated almost 700 items of suspicious content on social media, uncovering around 500 as entirely false, and a further 60 to be a mix of lies and reality. A handful have remained unverifiable, although the editors continue to investigate stories in this category now and again in the hope of uncovering the truth.

Cavus told MEE that although it did not keep statistics on how many of these stories had been about Syrians, a quick look at its web page showed that fake news items on this subject are numerous.

“Actually, more than their number, the interactions are what matters. Posts containing information on Syrian refugees are widely shared, viewed and discussed,” Cavus added.

According to her, the main reason users believe they have been exposed to fake news is the polarisation of Turkish society, which has seen the Syrian refugee issue increasingly viewed as a political rather than a humanitarian one.

“Here in Turkey mostly we do not discuss the Syrian refugees issue as a subject by itself, but as a part of the polarisation that we already have. This polarisation we have is along lines of support for the AK Party or the opposition. The Syrian issue is under discussion as a part of [the debate on] AK Party foreign policy.”

While statistics from teyit.org suggest that Turks may be right to be circumspect about false information in their newsfeed, the deep political divisions in the country also make individuals more likely to share information that supports their own view, while dismissing as “fake” anything that contradicts it.

Akin Unver, associate professor of international relations at Kadir Has University and research associate at Oxford Universitys Centre for Technology and Global Affairs, explained to MEE: “In Turkey, disinformation about the refugees and migrants spread for exactly the same reason why it spreads elsewhere: fuelling anti-immigration far-right rhetoric and its popular appeal.”

Unver underlined that Syrians are in the crossfire of political polarisation, usually ending up as digital collateral damage: “There is no clear ideological or partisan divide observable digitally on the refugee question in Turkey. Rather, there is a distinct anti-refugee shift visible in all ideological clusters in social media.”

He also underlined that just as in western countries, in Turkey anti-refugee disinformation is popular for the same reason: "Migration and refugees are important political agenda items in almost all political systems in the world. In the spirit of the current zeitgeist, disinformation about refugees – including their size, intent and scope – is quite popular in the West.”

Rather than provide a common ground, a shared hostility towards Syrians is only serving to deepen political divides and stoke tensions, with different political factions having their own reasons and the Syrians providing a soft target for aggression and misinformation, he added

"Disinformation about the refugees is easy to create and disseminate, given the fact that refugees themselves have very few means to verify and fact-check these statements. Nor do they have an elected representative to do these things on behalf of them.”

The author of a report, “How is false information used worldwide to target refugees?”, Cavus said there are certain categories of false news about refugees. The most common are claims that refugees have been involved in acts of disrespect towards the culture of their host country; that they are terrorists disguised as refugees; that they are spreading disease; and that they are part of a conspiracy theory.

We are verifying them, killing them, but – like ghosts – they are showing up again

“Among all these topics, it is possible to say that fake news regarding refugees is mostly related to criminal cases. Criminal cases are followed by claims that governments favour refugees and grant more privileges to them than to their citizens.”

She added that in Turkey the last category is particularly common.

According to a teyit.org analysis, six out of 13 fake claims it looked at on social media fell under this category.

“We are verifying them, killing them, but – like ghosts – they are showing up again,” Cavus explained, noting that another persistent category of news about Syrians relates to claims that they can vote in Turkey. This perennial fake news item pops back up with every election in Turkey.

Another problem regarding fake news on refugees in Turkey is the countrys very low media literacy, as has been pointed out by a number of reports. This is why even parody accounts are often taken seriously.

For example, a parody account under the name “Ahmed-i Serif, Syrian Citizenship Office,” shares posts that are feeding anti-Syrian sentiments in Turkey. This account claimed that Syrians in Turkey had held a demonstration to protest the anti-religious attitude of the Turks, or that Syrians had been admitted to university without exams. Those posts were widely shared. Teyit.org underlined that the account is itself spreading false news.

But only those familiar with the Syrian issue might notice that actually, Ahmed-i Serif is not a real person, his picture is that of Rami Abdurrahman, founder of the UK-based Syrian Observatory for Human Rights, frequently cited as a news source by international media.

One fake news item, as proved by teyit.org, claimed charges filed under a new regulation by the Ministry of Interior would see people sharing false video, photographs or news about Syrians handed a prison sentence of up to three years.

In reality, there is scarcely any robust legislation addressing spreading false information in Turkey, even in relation to hate crimes. 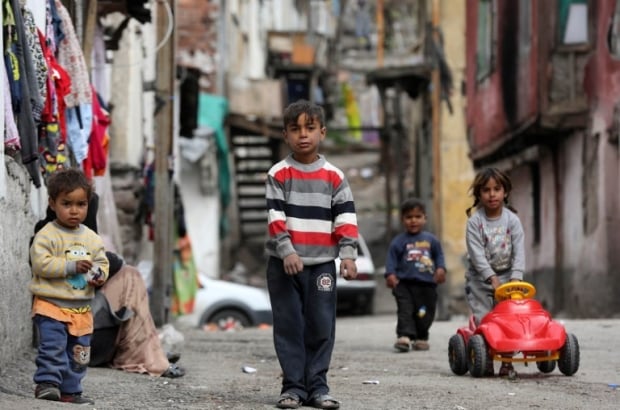 Cavus explained that rather than seeking punishment for perpetrators, the organisation is more interested in turning everyone into fact checkers.

She added that teyit.org is a member of the International Fact-Checking Network and one of Facebooks partners in its war against misinformation and fake news. Teyit.org analyses content shared on the platform and flags items that contain false or misleading information. Based on teyit.orgs analyses, Facebook blocks or takes down pages or profiles sharing false or misleading information.

Both Unver and Cavus underlined that there has been no dedicated research on who is sharing these anti-Syrian posts and whether they are part of an orchestrated attack.

In all cases, discussion of Syrian refugees has become an indispensable part of Turkeys domestic politics.

In the case of the story of the man on the statue in Adiyaman, the MP whose tweet had helped to give prominence to the story, Yarkadas, tweeted again just over two hours later to say that his earlier tweet had been based on “previous information”.

He added that the man was in fact “Ahmet B”, a drug addict aged 30. But he did not apologise for sharing misformation, stating only: “I hope this nonsense comes to an end.” 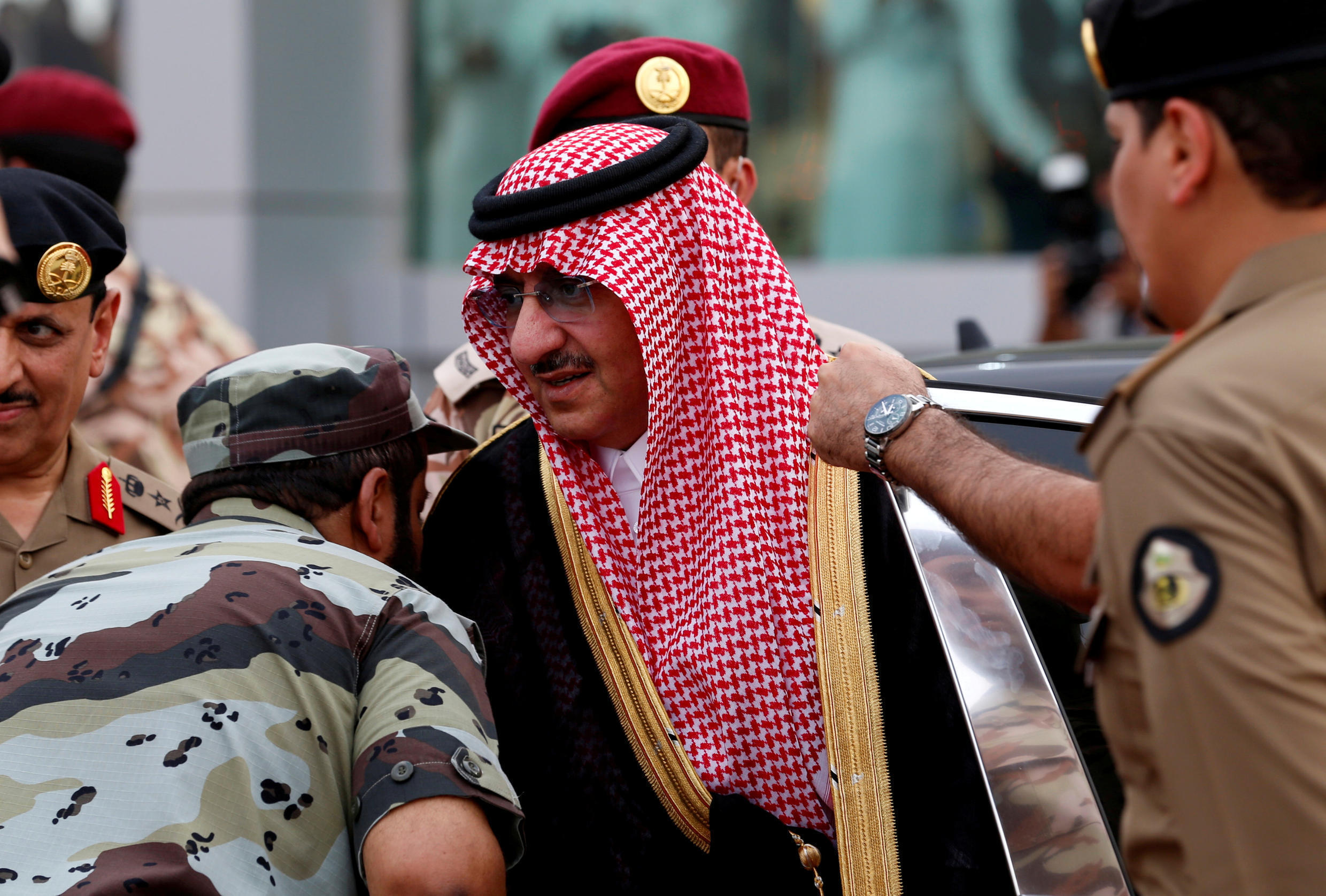 A top former Saudi spy files suit, spills the beans at an awkward time for Trump