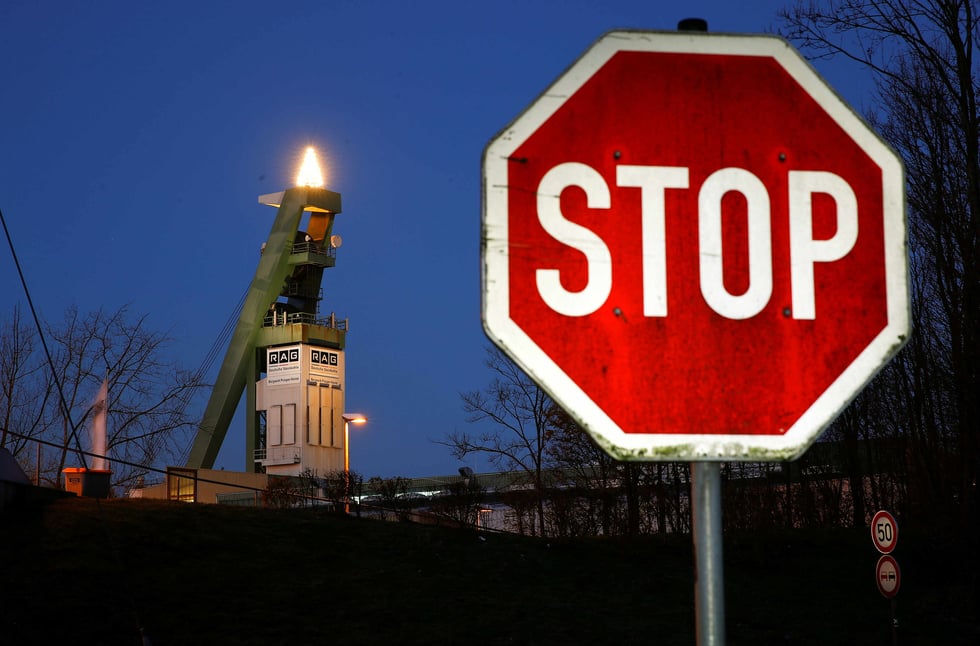 A stop sign is pictured in the Ruhr industrial area of Bottrop, western Germany (Reuters)

Authorities are investigating a xenophobic motive for the attacks after a 50-year-old man was arrested in the city of Ruhr, where he attempted a third attack, made xenophopic remarks while being arrested.

“Investigating authorities are currently working on the assumption that this was a targeted attack, possibly motivated by the anti-foreigner views of the driver,” the police said in a statement.

According to the statement, a pedestrian escaped the first attempted ramming in the city of Bottrop shortly after midnight but the driver then went to the city's centre where he ran over four people.

From there, he went to the nearby city of Ruhr where he was arrested trying to drive into a bus stop.

"Investigators have preliminary information about a mental illness of the driver," the police added in the statement.