As member nations gather to celebrate NATOs 70th anniversary this week, POLITICO asked experts to forecast what the military alliance will look like 10 years from now.

How should it spend its growing resources? What new technologies are needed to counter Russian aggression? What threats must NATO prepare for that are not being discussed today?

Answers have been edited for length and clarity.

Retired Adm. James Stavridis is operating executive at the Carlyle Group. He is a former supreme allied commander of NATO.

If you think of NATO as a computer program, NATO 1.0 was the Cold War — two massive war machines on hair-trigger alert staring each other down across the Fulda gap in Europe. NATO 2.0 was very expansive and reflected the counterterrorism operations post-9/11 into Afghanistan, Iraq and Libya. Now we are in NATO 3.0, which has refocused on Europe and the threat of Russian adventurism as exemplified by their forays into Moldova, Georgia and above all Ukraine — not NATO members to be sure, but NATO partners.

Id say NATO 4.0 in 10 years will continue to guard its members in Europe from Russian pressure, but will also be far more engaged on the borders of the alliance in the High North (Arctic); be vastly better at cybersecurity and offensive cyber capability as an alliance; and continue to address illegal migration and the movement of terror groups from the south. 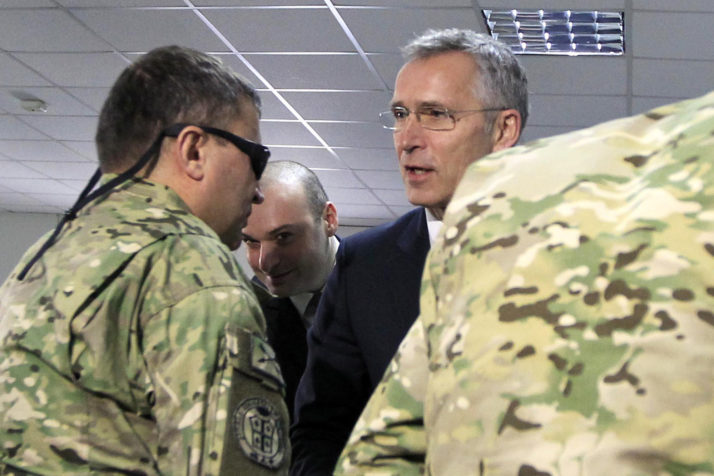 While NATO might add another member or two (perhaps Georgia, Sweden or Finland) it will remain roughly the same size and composition.

NATOs biggest long-term challenges are a diminishing appetite from the U.S. for security guarantees for Europe, as exemplified by U.S. President Donald Trump administrations highly ambivalent attitude toward the alliance. This will be compounded by Brexit and the attendant centrifugal forces pulling at Europe, which will in turn undermine political unity — the true Achilles heel of an organization that operates on consensus. Finally, there will be downward pressure on defense budgets on both sides of the Atlantic as nations try to address social and infrastructure needs.

Priorities will be more on cyber, unmanned vehicles (from space to the bottom of the sea) and special forces. There will be a greater emphasis on maritime and less on land-warfare capabilities, unless Russian adventurism becomes particularly acute.

Adapt to the new world order

NATO turns 70 at a time of profound global restructuring. The alliance was born in the heydays of U.S. hegemony, and became the beating heart of the security of the liberal global order.

That order is fast fading.

The world is moving into a more multipolar future, featuring a mix of competition, conflict and hopefully — but not necessarily — enduring cooperation. To adapt, NATO must fundamentally change. 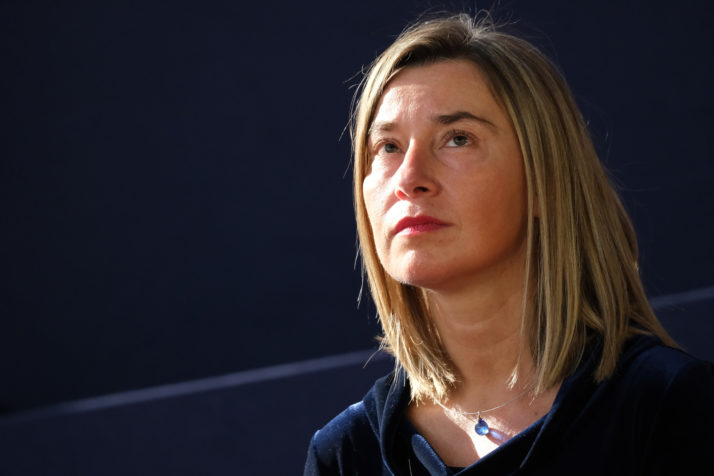 Nathalie Tocci is a special adviser to the High Representative of the European Union for Foreign Affairs and Security Federica Mogherini, above | Sean Gallup via Getty Images

Its most urgent task is to revise the “social contract” that underpins the alliance. For the last 70 years, that contract featured the U.S. shouldering the lions share of the defense burden in Europe. In return, Europeans broadly accepted to pursue their foreign policies in line with the U.S., even when — as was often the case in the Middle East — their interests did not coincide with Washingtons.

The end of the international liberal order as we know it means transatlantic cooperation will become even more vital than it is now. To maintain a healthy transatlantic bond Europe will have to take greater responsibility on defense — and Washington will have to have greater respect for the European quest for autonomy. It will be a long and bumpy ride, but a necessary one.

In a world in which illiberal, or at least non-liberal, powers will play a more salient role, Europeans and Americans will need to stand closer together to protect the liberal values underpinning their political and economic systems. In security terms, this will require an even stronger NATO in the 70 years to come.

Ulrich Speck is a senior visiting fellow at the Berlin office of the German Marshall Fund of the United States.

To survive, NATO needs to ask itself a difficult question: What role will it play in the new global power struggle?

During the Cold War, NATOs mission was to contain and deter Russia in Europe. It later became an instrument to facilitate the transformation of Central Europe and to integrate the region into the West; then it transformed into a platform for joint American-European military interventions in the Balkans and in Afghanistan. Since 2014, following Russias annexation of Crimea and its attack on eastern Ukraine, NATO has turned back to its original mission: protecting European NATO territory against Russian aggression.

Now, in the face of significant changes to the global order, it needs to rethink its core mission once again.

The United States — though its likely to remain Europes most important partner on security — will be increasingly consumed by its competition with China. Russia, its nuclear competitor, will also stay high on Washingtons agenda. NATO will have to determine where it fits into this new power dynamic. Its most likely role will be to put old wine in new bottles, or keep doing what it can do best: keep Europe safe from Russian designs and prevent it from being blackmailed into submission by Moscow. 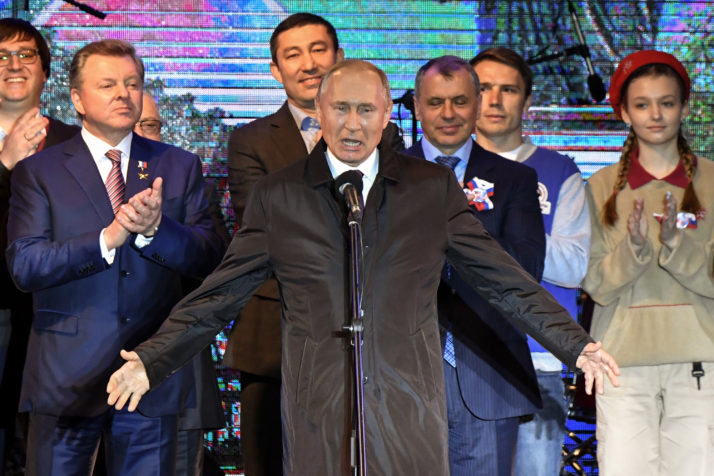 In doing so, the NATOs biggest challenge will be to maintain a high degree of cohesion and cooperation with the U.S., and to withstand the centrifugal forces pushing Europe and America toward divorce. The alliance needs to make sure Washington doesnt lose sight of the value of its alliance with Europe and that Europeans are ready to do their fair share by investing considerably into defense.

Both sides have a great deal to lose from a breakdown in relations: Without its first-rate allies in Europe, the U.S. would be much weaker, and without the U.S. nuclear umbrella, Europe wouldnt be able to withstand Russian pressure and to keep its independence.

Only if they maintain a close relationship can NATO remain truly relevant.

Alexander Vershbow is a distinguished fellow at the Atlantic Council. He was deputy secretary-general of NATO.

In terms of what NATO will look like, I think it will probably not have expanded any further, with the possible exception of Finland and Sweden going from partnership to membership. What I would like to see is the alliance become a more genuinely balanced partnership between the United States and Europe. Today the United States provides 70 to 80 percent of all key capabilities as well as spending a disproportionate amount of defense dollars.

I think as the U.S. shifts its focus increasingly toward countering China, Europe is going to need to backfill and take on much greater responsibility, including the defense of Europe against Russia.

The only actual live candidates to join the Alliance are Bosnia-Herzegovina, Ukraine and Georgia, which are special cases because of territory occupied by the Russians. I think after the addition of North Macedonia and Montenegro, there will probably be a pause in actual admissions. If Finland and Sweden decide theyre sufficiently threatened by Russia, they may decide to move from a very close partnership to actual membership.

In terms of spending, theres a long list of capabilities where the United States is providing the lions share these days — airlift, transport aircraft, air-to-air refueling tankers, intelligence, surveillance and drones.

Over the next decade, Europe should set what NATO calls a “higher level of ambition.”

The challenge to getting there is making the case to the public that defense spending still matters. Many countries are still worried about terrorism or illegal migration. These are the immediate challenges that worry the southern flank: the Spanish, Italians, Greeks and French.

NATO has partnerships with countries south of Europe, such as the Mediterranean Dialogue and the Istanbul Cooperative Initiative. So I would hope in the next 10 years NATO will get more serious about its southern neighborhood at a level comparable to the eastern flank with Russia.

George Robertson is a British Labour Party politician who served as the 10th secretary-general of NATO from 1999 to 2004.

When it comes to NATOs future, we — the alliances members — are our own greatest challenge. If we dont take seriously our own safety, well be endangering all that has been achieved in the last 70 years.

NATO today has considerable firepower. The reason it has survived longer than any other defense alliance in history is that it has put values — like free speech and a free press, the rule of law and an independent judiciary, the separation of church and state, and above all else a tolerance of contrary opinions — at the core of its mission. These are our towering strengths, and they must be protected.

Were entering a time of great geopolitical change and cannot afford to become complacent. The alliance needs to do more to deliver on promises made and share burdens equitably. Although NATO is powerful and its deterrence forces are credible, we also have weak spots that our adversaries know how to exploit. They seek to interfere in elections, dominate online platforms, exploit corruption, and feed global organized crime networks. Battle tanks and missiles are no defense against online interference and targeted infrastructure attacks. 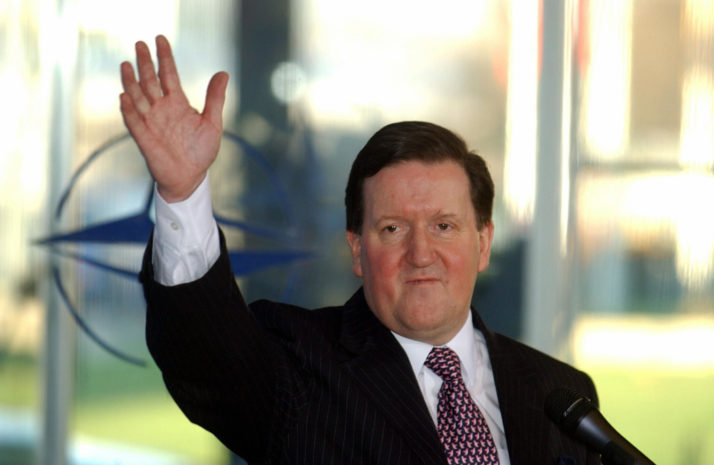 To face these challenges, we need to dedicate more resources to ramping up intelligence. We need to be agile with informing and educating our populations and countering online mischief. We need to reinforce the defenses of our democratic institutions.

U.S. President Donald Trump has shattered the illusion that Washington will always be there to secure Europe. And while he should remind himself that 70 years of NATO have been one of Americas best investments, his attitude has had a silver lining: It has galvanized Europeans into spending more on defense. As we enter into the next decades of the alliance, we also need to make sure were spending our money the right way.

Invest in space and cyber

Julianne Smith is a Weizsäcker Fellow at the Bosch Academy in Berlin and a former deputy national security adviser to former U.S. Vice President Joe Biden.

Over the past few years, NATO has rightly focused on ensuring it is ready to counter external threats and seamlessly move forces across the Atlantic and the European continent. Looking to the future, the alliance needs to turn its attention to strengthening its capabilities in new areas, such as cyber and space.

The alliance has made major strides to ensure that NATO headquarters and its accompanying commands are protected from cyber threats. The picture among individual NATO allies, however, is far less encouraging. Too many countries continue to lack defensive and offensive cyber capabilities, and too few allies are taking the necessary steps to reduce their vulnerabilities at home. 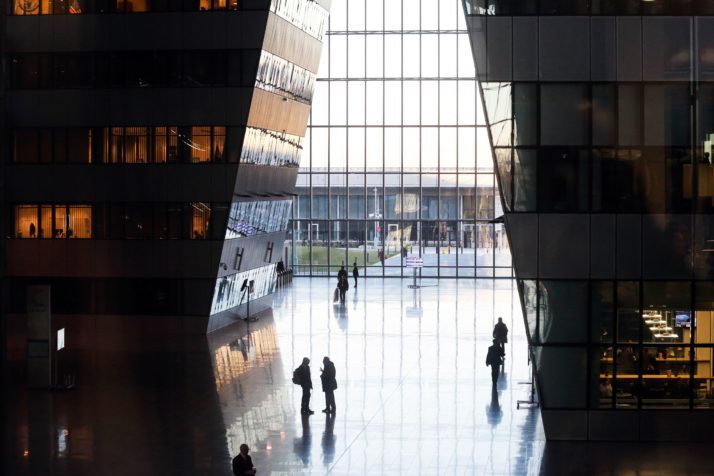 The NATO headquarters in Brussels | François Walschaerts/AFP via Getty Images

When it comes to space, member countries rely heavily on satellites for intelligence, navigation and surveillance on NATO missions in places like Afghanistan. Our adversaries know this and are building weapons to target those satellites. NATO needs a 21st-century space policy that acknowledges the importance of space and outlines ways in which the alliance can reduce its vulnerabilities there. It also needs to determine if space should be added to the existing list of NATO domains, which include land, sea, air and cyber.

NATO will also have to spend more time talking about China. Given the massive investments China is making in artificial intelligence, its acquisitions of European advanced technologies, and its many investments in European infrastructure, the alliance can no longer afford to keep its head in the sand.

To ready itself for the challenges ahead, NATO urgently needs to share information on what China is doing in and around Europe, look into potential points of leverage within the transatlantic community and discuss how NATO can respond to potential future threats from Chinese investment.

Camille Grand is assistant secretary-general for defense investment at NATO.