JEDDAH: King Salman on Monday confered the King Abdul Aziz Sash on Makkah Gov. Prince Khaled Al-Faisal and Prince Badr bin Abdul Mohsen bin Abdul Aziz on Monday in recognition of the services they have rendered to the Kingdom.

The ceremony was held at the Al-Salam Palace in Jeddah, where the king earlier received princes, ministers, top military officials and a group of citizens at the first suhoor of the holy month of Ramadan.

In addition to being governor of Makkah, Prince Khaled Al-Faisal is also a special adviser to the king.

Prince Badr is a well-known poet in Saudi and Arab circles and has been president of the Saudi Arabian Society for Culture and Arts since 1973. He is the son of Prince Saud bin Abdul Mohsen bin Abdul Aziz, special adviser to King Salman and a former governor of Madinah province.

Plans in place for safety of Makkah Grand Mosque visitors 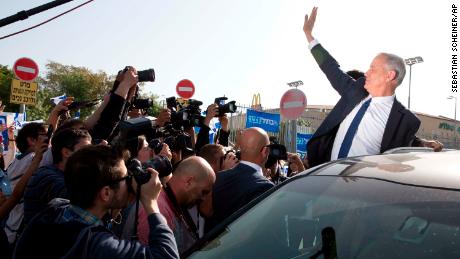 Netanyahu on cusp of victory in dramatic election finale

UK foreign minister Hunt: Syrias Assad will be around for a while