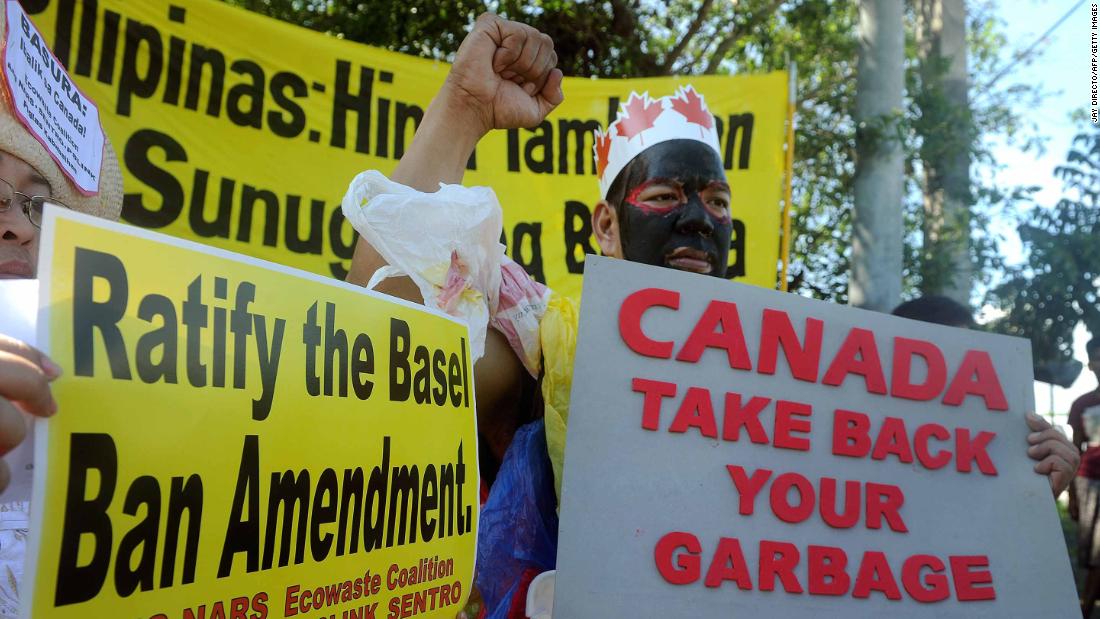 More than 100 containers filled with household waste believed to be recyclable plastic arrived in the Port of Manila between 2013-2014; it was actually nonrecyclable plastic, household waste, and diapers, the Philipines News Agency reported. Private Canadian company Chronic Inc. and its Philippine-based consignees transported 103 container vans of waste from Canada to the Philippines, according to the legal non-profit Pacific Centre for Environmental Law and Litigation (CELL).In an April assessment, CELL said that Canada had violated the Basel Convention — an international treaty designed to reduce the movements of hazardous waste between nations — during those years. "The container vans were falsely declared to contain homogenous plastic scrap material when in fact these shipments contained heterogenous waste including baled household garbage," CELL said. Chronic's owner in 2014 told the Toronto Star he disputed the allegations, saying no garbage was shipped. The contents were 95% plastic, he told the paper, and the rest contained materials one would find in a standard household recycling bin.CNN was unable to immediately make contact with the company.Speaking from Paris on Thursday, Canadian Prime Minister Justin Trudeau said that the government had been working "very closely" with Philippine officials on the issue over the past months, adding that "we very much hope to get to a resolution shortly."Philippine presidential spokesperson Salvador Panelo was due to meet Canadian authorities to discuss the issue of waste, but he claims that they did not show up, according to the state-run Philippines News Agency."The more they delay, the more personnel will be coming back," Panelo said, adding that "the refusal to bring the garbage back to their shores is disruptive of our diplomatic relations."Foreign Affairs Secretary Teddy Locsin Jr. tweeted that the PhilippiRead More – Source

Chinese mission uncovers secrets on the far side of the moon

Mask use and social distancing may prevent 2 lakh Covid deaths in India: Study